Six months after securing its most significant funding round yet, cash-offer startup Homeward is aiming to raise the bar once again with the launch of 20 new markets before the end of 2022.

In October, the company launched in Phoenix, its first new market since 2019, and Homeward now serves homebuyers and homesellers in eight cities across Texas, Georgia, Colorado and Arizona. 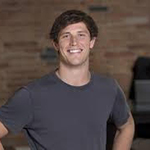 “We’re really excited about it. Phoenix has sort of been ground zero for iBuying, and it’s just a really healthy market,” Homeward founder Tim Heyl told Inman while highlighting the city’s robust population and jobs growth and sizable share of all-cash transactions. “It’s already off to a bang. We partnered with local brokerages and large teams, and we began writing offers immediately.”

“Phoenix has really accepted and been excited about the launch of Homeward,” he added. “It’s been a great kickoff to this next phase of expansion for us.”

Founded in 2018, Homeward is an emerging player in the power buyer space, which refers to companies that help homebuyers fund their purchases with cash backing or buy-before-you-sell options.

To get a Homeward Cash Offer, homebuyers must go through an approval process that sets their budget. Once a seller accepts the buyer’s Homeward-backed cash offer, homebuyers must pay an earnest money deposit, schedule an inspection and sign mortgage disclosure documents. Homeward will close on the home within 14 days, which enables buyers to move into their new abode. While they secure the mortgage to purchase the home back from Homeward, buyers will be charged a prorated rental fee that’s due at closing.

The company’s buy-before-you-sell option works in a similar fashion, with homesellers-turned-homebuyers having a six-month rental option while they sell their previous home. Homeward said the rental average for buy-before-you-sell clients is 45 days, with the prorated rental fee due at closing. If a homeseller isn’t able to sell within six months, Homeward will purchase the home.

“We’ve been learning, we’ve been testing and we’ve been refining,” Heyl said of Homeward’s growth over the past two years. “We’ve really gotten to learn how homebuyers use Homeward in different states, how real estate agents use Homeward in different states, and we’ve gotten to modify and refine our overall experience to match varying ways of buying real estate across state lines.”

With the public’s growing acceptance of alternative financing and transaction models as a tailwind, Heyl anticipates Homeward’s 2022 expansion push will be easier than its 2019 expansion push, despite it being nearly four times as large.

“When we started Homeward, we would call real estate agents or homebuyers and they didn’t know what we were talking about. They were confused or they didn’t have built-in trust with what we were doing.”

“But today, most real estate agents and many homebuyers immediately are accustomed to some form of an alternative way to sell their home or to buy their next home,” he added. “They’ve heard about iBuying, some form of bridge solution, or a cash offer. There’s just much more trust and openness today, especially in markets like Phoenix or Atlanta, where a lot of these new innovative companies have planted their flag.”

While Heyl is optimistic about the upcoming year, he also recognized the challenges a shifting market can bring, as evidenced by Zillow’s recent Zillow Offers debacle.

Heyl said his experience as a real estate agent has prepared him to lead his company through a softening market — “In 2009, when I first became a real estate agent, the average days on market was 185,” he said — and learn how to frame value propositions as consumer needs shift.

“What a market softening means is that typically, the relationship between inventory and contracts is changing,” he explained. “What’s happened this year is that as contracts started to decline, inventory increased quite a bit.”

He continued, “Sometimes the competitive nature of a cash offer helps you to beat multiple bidders. Sometimes it just helps you to get better terms in other areas of your contract when you come to a seller and you’re the only offer. So it’s sometimes it’s about winning. Sometimes it’s about negotiating better terms, but in all cases about creating certainty for the buyer and seller that this deal is happening and everybody can start making plans for the future.”

Heyl declined to share the specific cities Homeward is eyeing next; however, he revealed he’s specifically excited about reaching California, Washington, Oregon, Florida and other coastal markets.

“There are an unlimited amount of reasons why people choose to move, and that is one of the reasons why the real estate industry is not going to be a winner take all — one brand won’t own the space,” he said echoing his Inman Connect Las Vegas session commentary. “There are so many solutions needed to solve all these different problems.”

“For Homeward, even just with our Cash Offer, we’ve learned that there are many iterations that homebuyers need based on their own situations,” he said. “Real estate agents desire to work with a company that can be flexible, specifically around their client’s situation, and we’re very confident going to these new markets that we know how to work with real estate agents and their clients regardless of the scenario.”