Honda and Sony team up to build electric cars 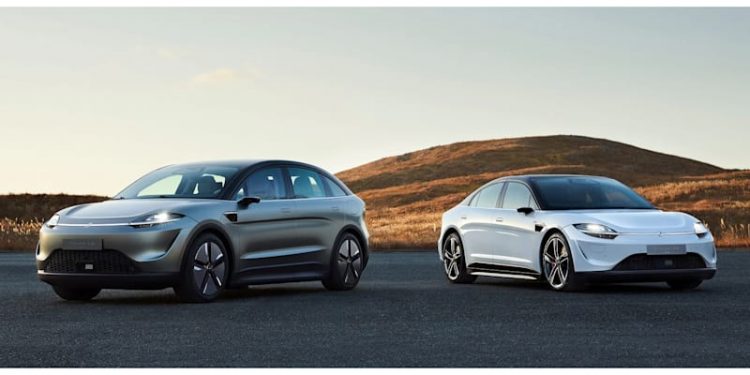 
In what may be the single greatest tie-up the PlayStation generation never knew it wanted, Sony and Honda have officially confirmed that they will work together to produce electric cars under a new joint-venture company.

“Specifically, the two companies will establish a joint venture (hereinafter referred to as “new company”) to jointly develop and sell high-value-added electric vehicles (EVs) through the new company, and will also provide services for mobility,” Honda’s translated announcement said. The announcement also said that the agreement demonstrates their “intention to become a vehicle,” but as rough as the past two years have been, we’re going to chalk that one up to a translation error rather than early signs of an existential crisis.

Sony has been spotted hanging around the automotive pool recently, dipping its toe in with concepts shown at CES in 2020 and again this year despite assurances that it had no interest in building cars. Those claims began to fall on deaf ears after the Vision-S 02 SUV concept surfaced in January. Not surprisingly, Sony’s two concepts were heavy on tech promises and relatively light on mechanical specs, but that’s to be expected this early in the process, especially given Sony’s previous mission. We suspect the nuts-and-bolts will be Honda’s responsibility.

And while Honda has not approached electrification with the same timidity as home-turf rival Toyota, its efforts to go it alone in the EV world have been few and far between, especially here in the United States. The company announced in 2020 that it would also develop vehicles with assistance from General Motors. The Prologue EV and an as-yet-unnamed Acura will both be built on the General’s Ultium electrical architecture.

“Sony’s Purpose is to fill the world with excitement with the power of creativity and technology,” Group Chairman and CEO Kenichiro Yoshida said in the announcement. “Through the alliance with Honda, which has been making such efforts, we would like to contribute to the evolution of mobility centered on the three areas of safety, entertainment, and adaptability.”