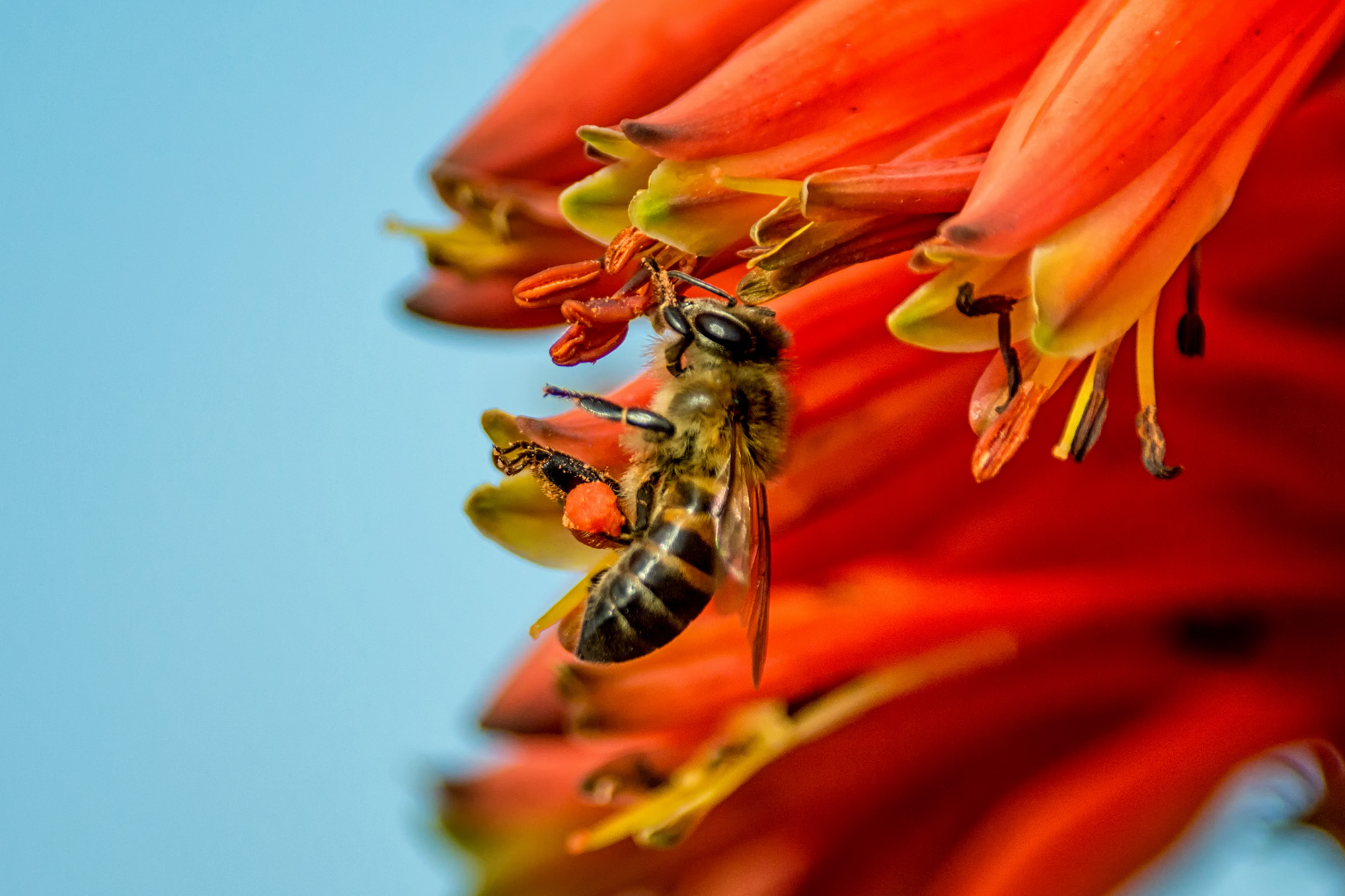 A South African subspecies of the honeybee is reportedly able to produce millions of clones of itself.

According to new research published in the journal Current Biology and Proceedings of the Royal Society B, one such insect – known as the Cape honeybee or Apis mellifera capensis– has managed to do so many times over the past 30 years.

It’s a process called thelytokous parthenogenesis, which a group of international scientists said is akin to the “virgin birth of a female.”

While asexual reproduction is fairly common, genetically identical offspring is not.

The exchange of genetic material between different organisms, or “recombination,” normally leads to the production of offspring with combinations of different traits.

If there even is only one parent, New Scientist noted, offspring born from thelytokous parthenogenesis will still be born with a slightly different genetic makeup.

And yet, the worker Cape honeybee has reportedly found a way to reduce recombination and remain genetically healthy, whereas asexual reproduction has been lethal in honeybees before, resulting in inbred larvae that don’t survive.

“For workers, it is important to reduce the frequency of recombination so as to not produce offspring that are homozygous.”

“The two female castes of the Cape honeybee, Apis mellifera capensis, differ in their mode of reproduction. While workers always reproduce thelytokously, queens always mate and reproduce sexually,” the researchers explained in the paper’s abstract.

Performing fieldwork at South Africa’s Plant Protection Research Institute in Stellenbosch, the team instrumentally inseminated a queen with the semen of a single male and then introduced a brood comb holding several hundred eggs laid by the queen into a colony to be reared.

Queens were made to reproduce asexually using what researchers said amounted to a “chastity belt.”

“When the queens were 5 days post eclosion we constrained them in an artificial insemination apparatus [37] without narcosis. We then glued a 5 mm piece of surgical tape (Micropore, 3M, Minnesota) over the sting chamber using nail varnish,” the paper explained.

The researchers monitored the queens, confirming the chastity belts were intact after each flight around the colony and, eventually, compared asexually reproduced larvae of the queen to those of the workers.

“We monitored the queens closely for the next two weeks, to determine if and when oviposition had commenced. We collected larvae as soon as they appeared into ethanol,” the researchers wrote.

“Not all queens flew, not all returned from mating flights, and not all laid. In the end, we were able to harvest one queen and 25 of her larval progeny into ethanol.”

The group also genotyped four workers and 63 of their larvae.

Ultimately, the authors found that the queen showed levels of genetic recombination 100 times more than seen in the cloned offspring of the worker bees.

“Using a combination of microsatellite genotyping and whole-genome sequencing we find that a reduction in recombination is confined to workers only,” the abstract concluded.

WHO warns of COVID surge in Indonesia fed by virus variants

Where is everyone? Covid and Brexit empty France’s north coast resorts | France holidays