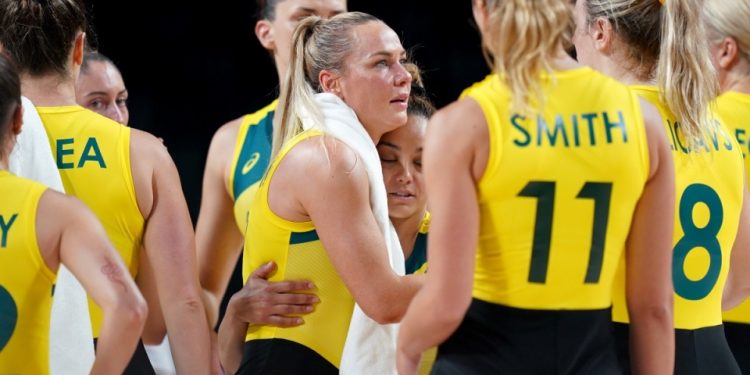 Host Australia faces a tough task at this year’s FIBA World Cup in Sydney, drawn in a tricky pool on Thursday.

World No.1 USA will play Belgium (No.5), China (No.7), South Korea (No.13), Bosnia and Herzegovina (No.26) and a team yet to be determined that will replace the banned Russia.

The Opals were beaten by China and Belgium at last year’s Olympics while Serbia beat them in World Cup qualifiers last month.

The #FIBAWWC Groups are set 🙌

So many exciting matchups will take place in Sydney come September, what are the most intriguing for you? 🤔 pic.twitter.com/755XcLi4tZ

Russia will likely be replaced by a team from its qualification zone.

The Opals claimed a historic world title in 2006 and have finished third and second in the last two instalments.

But they’ve battled to live up to their ranking in recent times, bundled out of the quarter-finals of the past two Olympics and disrupted in Tokyo by the late withdrawal of star centre Liz Cambage.

The WNBA All-Star won’t play for the Opals in Sydney later this year.

They still showed they had the cattle, even without fellow WNBA title winner Ezi Magbegor, easily beating Brazil and Korea but losing to hosts Serbia in last month’s qualification tournament.

A trump card could still be played though, with Lauren Jackson a chance of joining the squad after her comeback with hometown NBL1 club Albury-Wodonga.

The Hall of Fame champion will be 41 in September but hasn’t ruled out an international comeback, waiting to see how her return fares after initially retiring due to chronic knee pain in 2016.