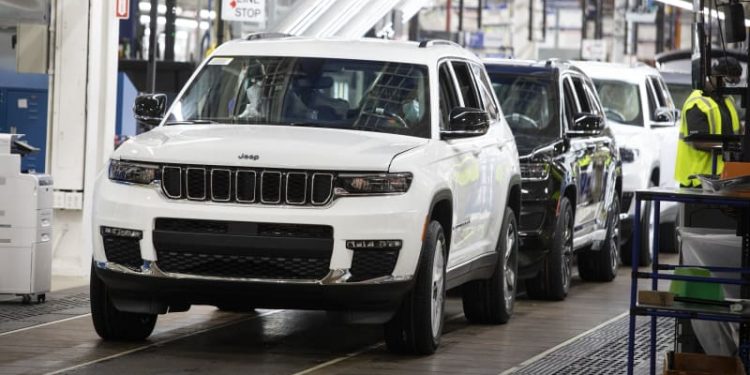 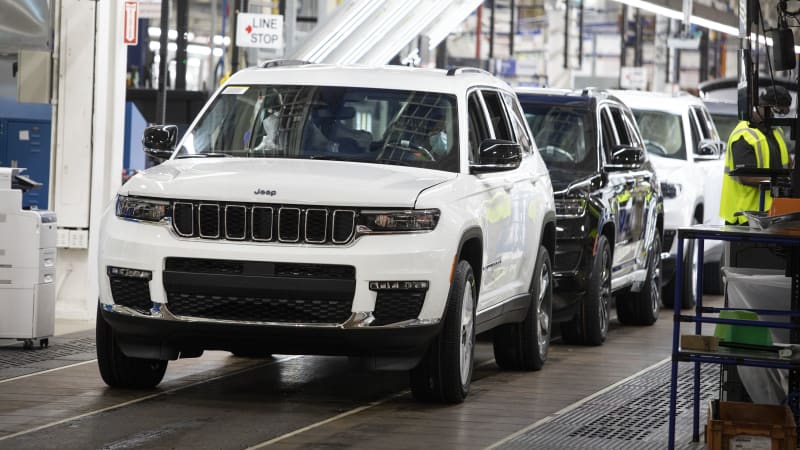 When plans for a new Jeep factory on Detroit’s east side were announced in 2019 — the city’s first assembly plant in nearly 30 years — it was celebrated as an economic boon for the city, bringing 5,000 jobs and an influx of investment to long-neglected neighborhoods. Six years after filing for bankruptcy, the city was “turning a corner” and becoming more business friendly, The Detroit News declared.

To bring all that economic development to the area, the Department of Environment, Great Lakes, and Energy, Michigan’s environmental regulator, agreed to a tradeoff: Fiat Chrysler Automobiles NV — now Stellantis NV after a merger — would reduce emissions at another factory seven miles north, in order to increase emissions around the new Mack Avenue Jeep plant. In effect, the company was shifting pollution from a neighborhood with a substantial White population to one that’s 97% Black and sits in a county with some of the highest asthma rates in the country.

Now, the Environmental Protection Agency is investigating EGLE for that emissions tradeoff deal, after local residents filed a complaint in November alleging that the regulator violated the Civil Rights Act by failing to consider the unequal health impact on people of color when issuing the pollution permits. The complaint stopped short of asking EGLE to repeal the Jeep plant permit, but argued that the process should change going forward.

“We want jobs, but we want to understand the impact — socially, economically, environmentally — of what those jobs bring,” said Jerry King, who acted as a neighborhood representative in negotiations between city officials and Fiat Chrysler to bring the plant to the area. “In a community that’s already heavily industrialized with a high concentration of asthma and hospitalization from asthma in adults and children, is that really the better thing?”

Last summer, residents in the surrounding area began complaining that paint odors were giving them headaches and making their eyes and throats burn, as The Detroit News reported. The state has since traced the cause of the odor to faulty ductwork that allowed chemicals to escape from the factory’s paint shop; Stellantis was fined for the violation and said in December that it fixed the ductwork.

The paint shop leak renewed scrutiny of the plant and amplified residents’ protests that their health concerns were being ignored. But it’s the emissions offset deal — and the alleged racial discrimination — that is at the heart of their complaint to the EPA.

Stellantis says the offset deal was presented to the public during the permitting process in 2019. King says it wasn’t made plain to the community.

“You need to look at these things how they exist in reality, not how they exist in your permitting process,” said Nick Leonard, a lawyer for the Great Lakes Environmental Law Center, the nonprofit that filed the complaint. “Communities in general just want to make sure they’re being protected, and the air pollution coming from the plant isn’t going to have a negative impact on their life.”

The residents’ complaint is one of hundreds over decades that aims to convince the EPA that it should treat environmental inequality the same way it judges housing or employment discrimination — without having to prove racist intent to recognize the impact of discrimination. Applying that reasoning in an environmental context has been a bridge too far for the U.S. court system and even the EPA, which has sway over state regulators because it gives them federal funding, according to Sheila Foster, a professor of urban law and policy at Georgetown University.

That could change with the Biden administration, which is more sensitive to environmental justice than perhaps any in U.S. history. The EPA official who oversees civil rights complaints, Marianne Engelman Lado, once sued the EPA herself to force it to address a backlog of such cases. And Michael Regan, the EPA’s first Black male administrator, is directing changes that could spur stiffer enforcement of pollution violations in disadvantaged communities near highways, factories and refineries.

A spokesperson for the EPA said that its acceptance of the Detroit residents’ complaint “in no way amounts to a decision on the merits,” just that it “has met the jurisdictional criteria.”

In addition to the fines and ductwork fix, Stellantis submitted a mitigation plan to EGLE in January and pledged to add further controls to contain the paint smells. In a statement, a representative for the company said the plant uses “some of the most advanced technology” to cut down on emissions.

“We set the lowest achievable emission rate for automotive assembly plants — not just in the state of Michigan, but the entire country,” said spokeswoman Jodi Tinson. “That said, it is a fact that the new assembly plant, which employs nearly 5,000 people and builds hundreds of vehicles on three shifts every day, emits more emissions than the former Mack engine plant, which employed fewer than 700 people and was a fraction of the size.”

Nationally, Black and low-income Americans are more likely to live close to polluting industrial facilities, particularly in the Midwest, studies have shown. It’s a pattern that’s familiar to Robert Shobe, who lives behind the new Jeep plant and is one of the residents who filed the EPA complaint.

Shobe has lived in the area on and off since the 1960s, witnessing the once-vibrant neighborhood’s decline. The Mack Avenue plant closed in 1982 and Chrysler sold the property back to the city. After conducting a cleanup of lead, asbestos and PCBs, Detroit gifted the property back to Chrysler in the 1990s for redevelopment. In later years, Detroit used eminent domain to buy up surrounding land for Chrysler’s expansion around a new engine plant. More than 2,000 residents, the vast majority in Black, low-income households, were displaced, according to City Council documents.

Shobe’s childhood home was one of those demolished. He says the street he grew up on, Gladwin Street, is now the plant’s border wall, and he currently lives on Beniteau Street, which abuts the new factory’s western edge and is where residents seem to be most affected by the paint odors.

“We should not be having to fight for our humanity as residents and taxpayers of a community,” Shobe, a cancer survivor and retired autoworker, said in an interview. “There’s no way they should be permitting them to do the things that they’re doing over here, because you’re dealing with models — the models don’t consider people, or the proximity of people.”

Late last year, Michigan’s environmental regulator, the state health department, the EPA and a third-party environmental engineering firm hired by Stellantis tested air quality around the Mack Avenue plant. Even though inspectors noticed the paint odor in several locations, they all concluded that pollution levels were in compliance with federal air quality standards, and did not pose a health risk. There is also “insufficient data” linking the paint odors to residents’ symptoms, the health department says.

Brandon Reid, a toxicologist with the Michigan health department, told residents in a Jan. 27 community meeting held via Zoom that the department still takes the paint odors “very seriously, they’re not acceptable, they do worsen quality of life.” He also acknowledged that the data collected on air quality so far is “limited.”

Stuart Batterman, a professor of environmental health sciences at the University of Michigan who has followed the Mack Avenue project, said environmental regulations often fail to consider the impact on “people who have a legacy of being exposed to high contaminant levels, as well as not having the best health for lots of socioeconomic reasons.”

But according to EGLE, the agency doesn’t have the “tools or the authority” to deny a permit based on the type of cumulative impact analysis the Detroit residents want. The regulator “looks forward to EPA’s review of Michigan permitting decisions and processes to ensure that the state is doing everything within its authority to protect vulnerable communities, and to receive guidance from EPA in doing so most effectively,” a spokeswoman said in response to the EPA’s investigation.

Fiat Chrysler’s investment — a total of $2.5 billion, including $1.6 billion to turn an aging engine complex into the Jeep plant — was subject to a Community Benefits Ordinance, a law Detroit passed in 2016 to ensure large development projects take feedback from local residents. The automaker also received economic incentives worth at least $248 million from the city and state, according to public disclosures.

Early on, some residents and elected officials raised concerns about air quality, but the project ultimately moved forward amid local excitement and the city’s urgency to close the deal ahead of a 60-day deadline. Community meetings centered on job creation and neighborhood revitalization — rehabbing blighted homes and ensuring locals would have access to employment.

A former Fiat Chrysler executive involved in the project said the company was proud of the choice to build the plant in Detroit: The automaker brought jobs to the community, studied bus lines to ensure transportation was available and changed its hiring process to accommodate citizens with criminal records. If the company had gone elsewhere, it would likely face criticism for abandoning its home town, the executive said. To date, 55% of the employees in the new plant are Detroiters. The company noted many other automakers have chosen to go out of state.

“We made a long-term commitment to support the community for this and future generations,” the company said in a statement. The plant will start building a hybrid Jeep Grand Cherokee SUV in the first half of this year, and Stellantis plans to achieve net-zero emissions in its entire supply chain and vehicles by 2038, it announced this month.

Stellantis has spent all of its pledged $13.8 million in the neighborhood for home repair grants, a manufacturing career academy at a local high school and construction mitigation projects. Still, residents say that was before the paint odor issue, so those repairs didn’t cover damage to their homes after construction started or the cost of new air-filtration systems to get rid of the smell that emerged. Their complaint to the EPA claims property values have been hurt by the odor issue, and asks for financial and administrative support for residents who want to move.

Tanisha Burton, a life-insurance agent who lives on Beniteau Street, is one of them. She noticed the smell last summer when she started experiencing itchy eyes, tightness in her chest and migraines. She now spends as little time in her house as possible — and doesn’t feel comfortable allowing her grandchildren to play in the backyard.

“It’s very depressing to be in a house that I can’t really enjoy, that I spent all this money on,” she said. “I’m ready to relocate.”

Not everybody wants to move, and many can’t. Other residents fault those who have drawn attention to the odor problem, saying they’re hurting property values. Detroit Mayor Mike Duggan said last year that the Jeep plant would be good for property values in the long run — he deferred comment for this story to EGLE.

Residents are left to weigh the pros and cons of economic development in the area. Generally, that choice, between jobs and the negative health impacts of pollution, are what some environmental justice scholars refer to as “environmental blackmail.”

“When there is a big project, people get a little bit of blinders put on thinking about the economic side,” said Stephanie Chang, a state senator who represents people living around the plant. “Fighting for protections for the community is always an uphill battle, but it shouldn’t be.”