Gather around fellow wannabe fashionistas and models for an Aussie comedian has shared the wild, extremely New York story of how she was scouted to be an extra in a Vogue photoshoot with THE Phoebe Waller-Bridge*.

*”Totally not jealous”, I say while turning my head to the nonexistent camera.

Sydney comedian Jess Fuchs was walking through Union Square while on the phone to her Dad when she noticed two women staring at her. As she continued walking, she realised the pair were following her and pincer moved towards her.

“Hey, do you want to be in Vogue?” they asked, cutting right to the chase after said chase.

Man, if I knew it was this easy to be a model I’d gather up all my savings, stuff my suitcase with my silly little outfits and go for long lockdown-like walks around Upper New York like a main character in Gossip Girl.

“My dad’s on the phone with me and he’s like, ‘It’s a scam!’ Don’t listen to them, just keep walking’” she recalled.

“I’m like, ‘it’s not a scam sweetheart. This is the moment your daughter is discovered just like all my other peers who were discovered in the airport and at the mall, that’s what’s happening here.’”

Fuchs then hung up on her dad as the two women took some piccies of her on the street. She wore a “stripy blue and white big bowed fucking god knows what sheer shirt with these big parachute pants, hair is a mess so it looks gorgeous”, meanwhile Anna Wintour was shaking in her Louis Vuitton boots just blocks away. Allegedly.

A week later, she got invited to a random warehouse in Brooklyn. “I’m in this warehouse and thinking, ‘something’s going to happen and I’m here for it. [I] don’t care what it is,’” she joked.

At this point, Fuchs has no idea she’s about to pose behind Waller-Bridge. But, while she’s sitting with the other models, an assistant comes up to them and says, “Hey, by the way, we’re ready for you guys on the bus. Phoebe’s gonna join us”.

Fuchs said that initially, she was supposed to sit behind Waller-Bridge. Oh baby, oh no, that ain’t it. Eventually, things were changed and she was moved around to be on the right of the Fleabag actress. Wow. Couldn’t be me. Literally.

That’s right, for a good hot minute or two this Aussie comedian was Waller-Bridge’s right-hand gal on the old 422 down King St. Hello, let’s celebrate that.

“At one point, Phoebe is tossing her stuff around because she’s trying to get some air into the shirt and she almost punches me in the face,” the Sydney comic adds.

Same, babes, same. I’d take a bullet for that woman.

Anyway, things wrap up and Phoebe gets off the bus to go continue doing the Hot Funny Girl Shit she’s known for. A week later, Fuchs is there. In Vogue. Both online and in print.

A lot of people and their silly little Insta carousels like to think they’re in Vogue but I bet you a box of seagull-ravaged hot chippies you could never be her. Hear her fully retelling in the TikTok below.

In the caption for the TikTok, Fuchs tagged US talk show hosts Jimmy Fallon and Ellen (fortunately not James Corden though), so you just know she’s hoping to blow up with this yarn. However, just so it’s on the record, we jumped on this cheeky story first. Someone hit up James Jameson because we got the scoop, baby.

WoSFL: Ardeer Thistle boss Sean Kenney delighted to get back to winning ways

Rams vs Buccaneers live stream: how to watch NFL playoff online and without cable right now 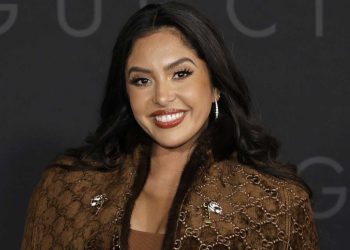 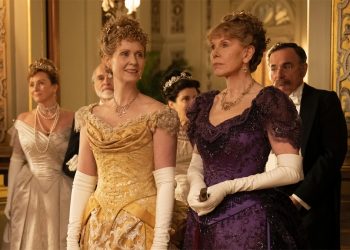 Squint though at episode one,...

Battlefield 2042’s community-made zombies mode has been removed because of XP farming • Eurogamer.net 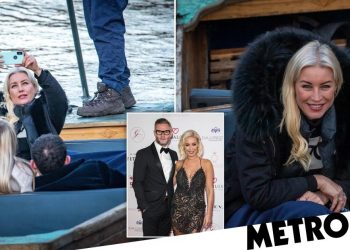 Denise enjoyed a cruise along...

WoSFL: Ardeer Thistle boss Sean Kenney delighted to get back to winning ways

Game-changing Covid pills remain out of reach for some patients