How Authentic is the PlayStation Casino Experience? 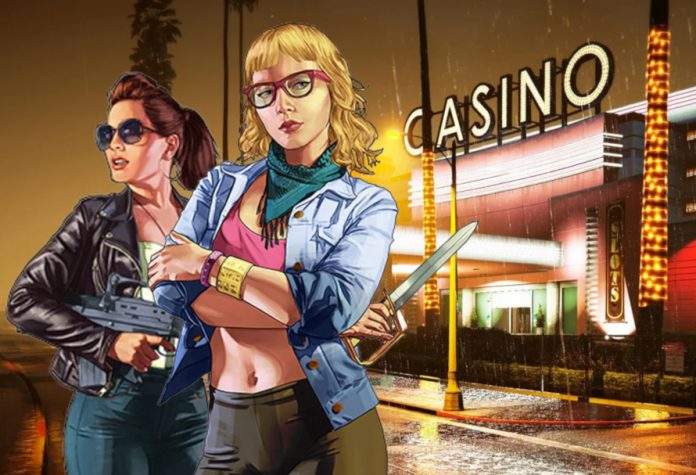 In the run-up to the launch of the PS5 there was much anticipation about what games would be released to coincide with the new console. Now we have a better picture, but there is one category of game that is yet to appear – the dedicated PS5 casino game.

Given the popularity of online casinos generally – it’s an industry that’s estimated to be worth around $55 billion a year – it is surprising that there aren’t more PlayStation games that focus on the excitement of joining the high rollers in a casino setting.

That’s not to say that there haven’t been a number of casino games in the past, because there have, it’s just that we’re still waiting for one from the current generation.

For example, it was back the era of the PS2 that Hard Rock Casino was launched, a collaboration between Mumbo Jumbo studios and the legendary music-themed restaurant brand.

In terms of game play, it couldn’t be more simple. Starting out with a $5,000 bankroll, the aim is to play that amount up to a level where you can join the real high rollers. To get there, you can play slots, poker, blackjack, roulette, craps, baccarat and the Far Eastern game pai gow. But it was the simplicity of the graphics, not to mention the repetitive game play that made it something of a non-starter.

Far more popular was the PS 4 game, that’s now available for free, Four Kings casino and Slots. The breakthrough made by this game is that up to 32 players can compete simultaneously online or you can play singly against the casino. With a roster of games including roulette, craps, blackjack, bingo, slots and poker there’s plenty of choice. It also has in-game purchases that you can buy with your virtual winnings including some pretty way-out fashions for your avatar to wear.

For the poker aces

For the more serious casino player Pure Hold’em was a game developed for PS4. Playing across six tables, either against friends or the computer, this also serves as a great practice and training tool. Stripped of most other elements except for the game itself, its sharp and realistic graphics make for an immersive experience. The programming is also sophisticated enough to recreate some very realistic game situations, whichever mode you’re playing in.

In Prominence Poker, on the other hand, you have a slightly less realistic poker set-up but this is more than made up for by the narrative that runs through the game. The overall objective is to play yourself through various stages until there’s a final showdown against a shady underworld figure called “The Mayor”. Along the way, there are games that are played in a number of insalubrious locations like abandoned offices and laundromats with a brooding atmosphere of menace in the background.

So anyone who likes to combine playing poker with a walk on the darker side of society would do very well in Prominence Poker.

The gem of the Diamond Casino and Resort

When it comes to casinos in PlayStation games, however, there’s one example that stands out far more prominently than any other – and that is GTA5.

For quite a while after the game was launched the Diamond Casino and Resort was just another part of the roadside architecture with a sign in the window promising it would be opening soon. Well, in July 19 the gaming world was set abuzz with the announcement that it would be throwing open its doors very shortly. When it did, it certainly didn’t disappoint.

That’s because the casino not only offers a full range of games to play, it has also been neatly integrated into the GTA5 world in a number of ways. The first of these is an obvious one – the chance to win the cash that every GTA5 player needs to fund their lavish lifestyle.

It also provides the chance to buy luxury apartments in the resort with winnings as well as more high-performance cars to add to the stable. Then there is the added element a being able to take on assignments for the owner of the resort to earn more prestige, not to mention GTA dollars.

As you’d expect from Rockstar, they have also gone all-in to create the nearest thing to an actual live casino that you’ll find in a PlayStation game. For instance, you can try your luck at some very realistic roulette tables before crossing over the gaming floor for a little blackjack instead. And, just like a true Vegas casino, the walls are lined with various different slots games, all ready to pay out the jackpot.

For poker aces there’s the three card stud version of the game to play and, for an added chance to win, each time you enter the Diamond Casino and Resort, you can spin the lucky wheel. This offers a range of prizes, but the one that everyone is after is the week’s particular supercar that’s on display in the casino foyer.

Of all of the PlayStation games out there, it is this one that is probably the most likely to tempt players to try the real thing. This has the obvious advantage over the GTA version of actually offering the chance to win actual cash, although probably not a supercar or a VIP apartment.

And, as to whether any more PS5 casino games are going to emerge, we’ll just have to wait and see.

Gible is getting its own Pokemon Go Community Day in June