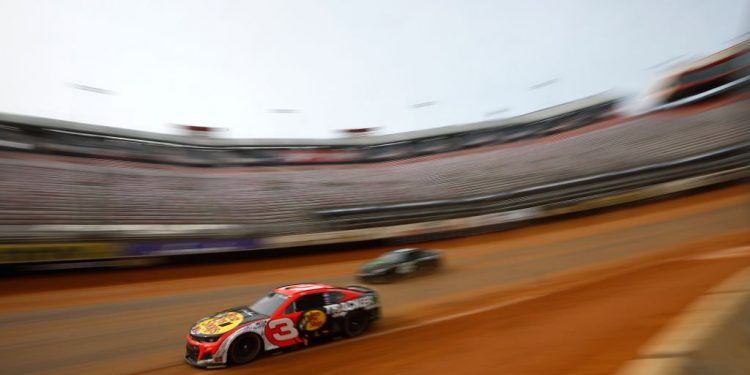 
NASCAR returns to Bristol for the dirt race, but how will the heats be used to decide the qualifying line-up for the race?

Given the relative success of the Bristol dirt race in 2021, NASCAR has once again decided to cover the short track and let things get messy.

Although Joey Logano emerged as the winner 12 months ago, things did not run that smoothly in NASCAR’s first Cup dirt race in nearly 50 years.

For one, side-by-side restarts were abandoned mid-way through the race, with single-file adopted to calm things down.

In addition, a planned series of heat races on the Bristol dirt track were shelved after torrential rain left the track more like a mud bath than race track.

However, the NASCAR qualifying heat races at Bristol dirt are back for 2022 – and they will take place.

Here is how they will determine the grid for NASCAR’s second go at the Bristol dirt race.

By the time of the qualifying heat races, teams and drivers will already have had two lots of practice on the dirt.

The 36 chartered cars make the entry list for the race – so there are no open slots.

There will be four NASCAR Bristol dirt heat races – with each car allocated to one – meaning nine will be in each.

They will last for 15 laps – with starting positions randomly drawn by the team in order of owner points.

In their respective heats, drivers will earn points for their finishing position – from 10 points down to two for ninth.

Also added will be a point for each pass they make from their starting position. None will be lost for being overtaken.

After all NASCAR Bristol dirt heat races, points will be tallied, with whoever has the most starting on pole position and so on.

What is the dirt?

Converting the concrete Bristol into a dirt track is not easy.

On the very bottom is sawdust, and then a layer of dirt from Bristol’s first attempts at dirt racing from the early 2000s.

Atop that is dirt from the campground.

Cars will not being running their traditional slick tyres, and instead have specially produced treaded Goodyear rubber.

In other news, Is Ikea open on Easter Sunday 2022? Working hours revealed