How Come My Canna Lily Will Not Flower? 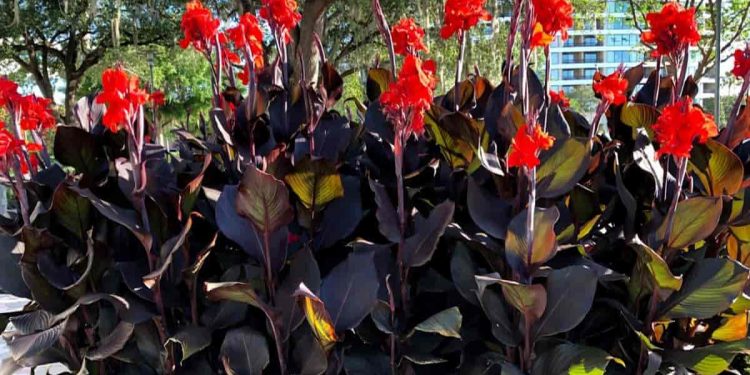 
Perhaps the single most frustrating aspect of having a garden is when flowers fail to bloom.

In the case of many ornamentals, this isn’t so much of a problem because they’re mainly grown for the foliage.

However, cannas and similar plants are grown almost exclusively for the blooms.

Before you get fed up and toss all of your reluctant cannas in the compost pile, take a moment to find out why they’re not blooming and how you can remedy the situation.

How Come My Canna Lily Does Not Flower?

There are three categories of problems that can prevent your cannas from blooming:

Let’s take a moment to go through the major issues and how you can remedy or even prevent them.

Infestations may not stop your cannas from blooming, but the pests are often vectors for disease.

Two diseases known for preventing blooms are the following:

As these are virii, there’s no cure or treatment, leading to the worst-case scenario of having to destroy your cannas and sterilize the ground they were growing in.

Root rot is another leading cause of bloom failure, which brings us to the next issue:

Too much or too little water can lead to all sorts of issues, including a failure to bloom.

Cannas exposed to drought conditions will become stressed and may fail to bloom.

Likewise, too much water leads to root rot, a deadly disease that prevents plants from absorbing food and water.

This is easily solved using the soak-and-dry method instead of a schedule.

This method is incredibly easy and involves poking your finger into the soil.

When the soil can no longer absorb as fast as you pour or see seepage from a container’s drainage holes, it’s time to stop watering.

Pruning your perennial cannas is important to their growth the following year, although it isn’t necessary with annuals.

After the first frost hits, cannas will begin to die back.

Cut it back to around 6” inches from the ground at this time.

Not only does this help prevent pests and disease, but it also causes the canna to store its resources rather than continue investing them in dying foliage.

These resources can then be used the following spring to boost early growth.

Plants need food to grow, and certain nutrients will affect different aspects of the plant’s development.

You’re likely using a balanced fertilizer (such as 10-10-10), but consider switching to a higher phosphorus recipe when blooming time approaches.

Canna lilies like a balance between company and personal space.

As a result, a bit of root binding or overcrowding will benefit your canna until it passes a certain point.

Once it becomes too overcrowded, individual cannas will compete for resources, causing the entire clump to suffer.

This is remedied by repotting and dividing your canna lilies every 2 to 3 years.

Spacing your cannas at least 1’ foot away from other plants in the garden can also help minimize the risk of overcrowding.

This rather basic cause can be an easy mistake to make.

The bulb should be planted no deeper than 2” to 3” inches deep.

Planting deeper than that will stunt the canna’s growth, which leads to delayed or failed bloom cycles.

Your cannas need at least 6 hours of full sun per day to thrive.

Too much shade may result in the plant not having enough energy to produce blooms.

If you’re seeing other symptoms of inadequate lighting, such as darkened leaves, be sure to move the cannas into more direct light or prune back any plants blocking access to the sun.

Finally, we get to one issue that can be caused by some of the previous problems we’ve discussed: poor soil conditions.

This may involve the following:

Compacted soil can have similar effects as overcrowding, with the plant’s roots becoming unable to expand or draw resources from the soil around them.

Remedy this problem by replacing your potting mix every time you divide and working amendments into the soil for garden-based plants.

Meanwhile, examples of good aggregates are the following:

Aggregates prevent the soil from compacting, aid in drainage, and may also help retain a small reservoir of water, depending on the material used.

In both cases, the resulting improvements to soil quality will help encourage your cannas to bloom.

Man Found A ‘Lost Dog’, Tried To Help And Reads The ID Tag

GPOD on the Road: Earthwise Garden

New Garden Inspired by the GPOD

Why Is My Hydrangea Turning Brown And How To Fix It?

Hydrangeas are those plants that...