How COVID-19 has impacted my 2021 Oscars experience 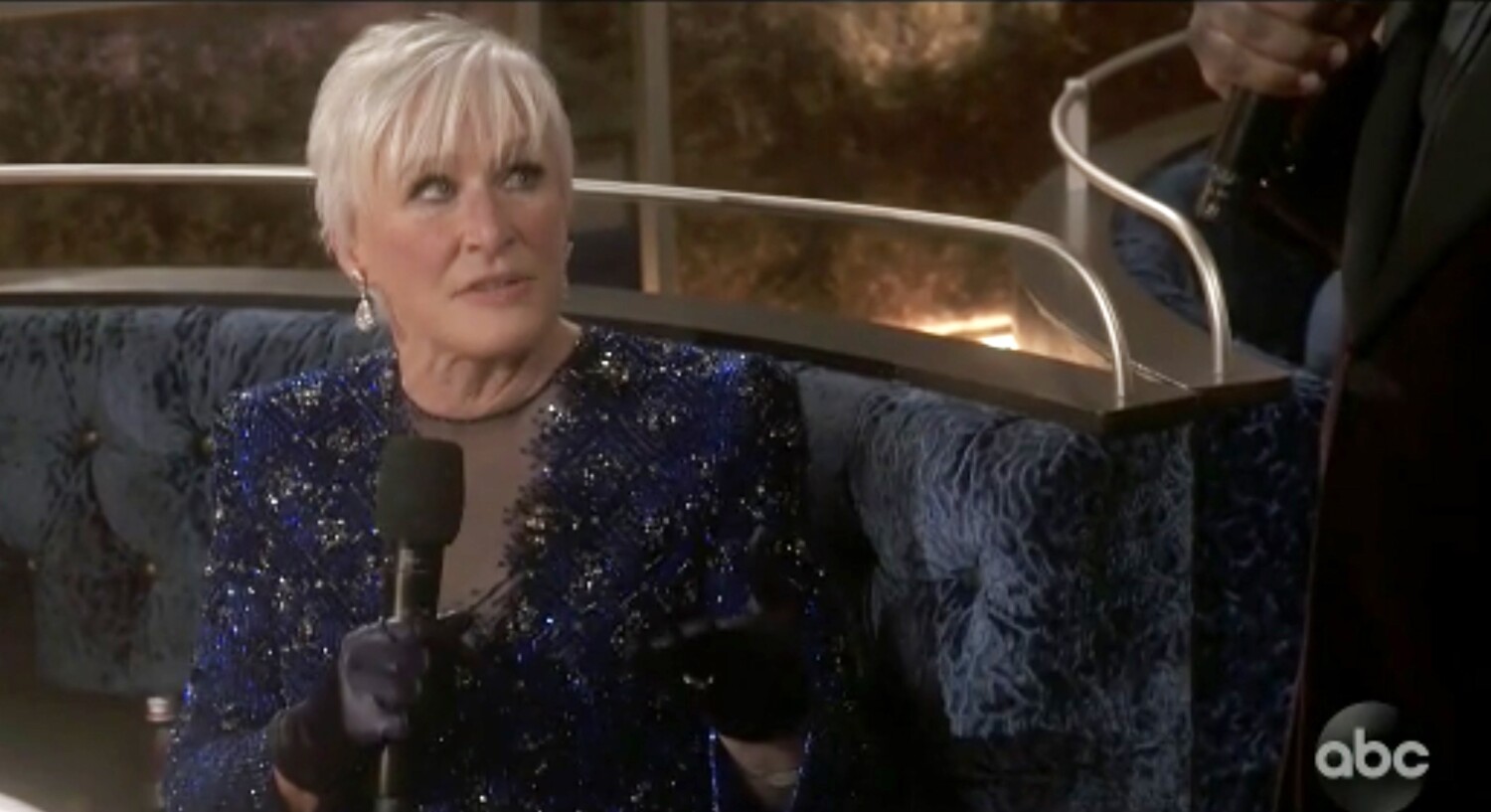 You want to know the strangest thing about the show? Watching it on an iPad and smartphone at 30,000 feet with Wi-Fi that occasionally shredded the presenters into shadow monsters of green and white pixels felt pretty much perfect.

We’re all just doing our best, after all. For more than a year, we’ve tried to adjust to one version of “normal,” and then another, and mistakes will be made, whether by a culture columnist winding up on a flight that coincides with the Oscar telecast or by producers of that telecast forgetting that no one knows which winner will be announced except the CPAs at PricewaterhouseCoopers.

Producers Steven Soderbergh, Stacey Sher and Jesse Collins faced a formidable task — to deliver as normal and safe an Academy Awards night as could be had in the midst of a pandemic. And in that they succeeded admirably. The limited attendees gathered in a spiffed-up Union Station gave the show a retro supper-club vibe that evoked the event’s earlier iterations while celebrating both the artistic importance of the nominees and the slow-open of this country.

Some people mostly loved it, many people mostly hated it, but then nothing says “normal Oscars” more than intense nit-picking criticism of the telecast, which producers guaranteed in part by promising to make the show feel “like a movie.”

Over the years, Oscar producers have promised all sorts of things, but in the end all they can really hope for is producing the Oscars, a three-hour live television show in which the essential storyline — who wins each award — cannot be controlled by the writers, producers or director.

Though creating a bit in which Glenn Close does “Da Butt” is, as it turns out, a big help.

But if, say, you decide to make best actor the final category of the night and there is a pretty good chance that, say, Anthony Hopkins, who is 83 and lives in Wales, is going to win, then for the love of God let him pre-record an acceptance speech. I realize there was a strict live-or-nothing policy on speeches, but surely an exception could have been made. Anyone requiring further proof that necessity is the mother of invention need look no further than the fact that Hopkins has an Instagram account.

Or that a person can watch the show in double-masked and meal-deprived splendor at 30,000 feet, if they absolutely have to.

Last year, I publicly expressed my regular astonishment that many people in this world are not excruciatingly aware of the telecast date each and every year.“Over the years,” I wrote with complete sincerity, “I have forgotten my husband’s birthday, our anniversary and even a school concert or two. But the Oscars? Impossible.”

Hubris like that has only one outcome; this year I forgot about the Oscars.

Well, I didn’t actually forget about the Oscars. I knew the show was happening on April 25 and had several discussions of my part in covering them.

But I also knew I would be attending my son’s make-up graduation on April 24 in Columbia, Mo., and that we would be flying home the next day because, after a year of staring into a Chromebook, my younger daughter was finally returning to in-person middle school on Monday.

Did I ensure that the flight home would not overlap with the Oscars? Reader, I did not. COVID-19 has caused incalculable damage to millions in many ways, but it has liberated many of us from the tyranny of the clock and the calendar.

So much so that I have, apparently, forgotten how such things work.

For more than a year, many of us have lived lives free of logistics. We are at home, we will always be home; where else would we be? At worst, scheduling conflicts could be solved by cutting one Zoom interaction short while sliding into another a bit late. We didn’t even have to think about what we were wearing, which almost never included shoes.

Indeed the most remarkable thing about this year’s Oscars may have been the sight of so many women in high heels. Only in 2021 could directing and best-picture winner Chloé Zhao‘s decision to pair a floor-length Hermès gown with white tennis shoes make perfect sense.

The idea that I could create a situation in which I had to be in two places at once didn’t occur to me for weeks. When the realization struck, I was shocked. Has the world changed so much that I forgot about something that has been a fixed point in my work life for so many years?

In my defense, I must point out that the ceremony is not supposed to fall on the day between college graduation and back-to-school. It is also not supposed to take place in Union Station. But here we are.

Here we are with Hollywood’s biggest night occurring in a bizarre in-between — between first and second shots, between the elation of first dinners out and the fear of yet another COVID-19 surge, between a delayed graduation and a delayed first day of school. Here we are with a pandemic-curtailed celebration of films a very limited number of people have seen because most movie theaters have been closed for a year and everyone has spent too much time and money diversifying their streaming services to figure out and pay for VOD.

I will say that after my plane landed there was a brief but robust conversation, including participants from three rows of seats, about the choice of “My Octopus Teacher” over “Collective,” “Crip Camp” and “Time” as best documentary. “Oscars normality” also demands exasperated debate over certain winners.

Reviews of the show were mixed and the ratings unprecedentedly low and neither of those things should be infused with any meaning at all. Oscar reviews are almost always mixed because what makes for good television — announcing the wrong film as the best picture, for example — does not make for a good awards presentation.

This might have been the year to re-institute a host (and I think we’re all agreed a team of Regina King and Lil Rel Howery would have been amazing), if only to offer some guidance (should the audience applaud each nominee?) and acknowledge at certain intervals the inevitable weirdness of the proceedings.

The decision to announce best picture before the lead acting awards was absolutely unnecessary and terrible, especially as it seemed to be made in the exploitive hope that Chadwick Boseman would be the last winner of the night, allowing the show to close on an emotional tribute to the beloved actor (which Hopkins did in a video posted Monday).

As I said, mistakes were made, but in any year, no matter what the ratings, an Oscar remains one of the most sought-after honors in the world, and the ability of the audience to see the nominated and winning films — in a theater or at all — does not define or detract from their artistic power.

Indeed, almost all the nominated films reflected in one way or another both the dislocation and newfound resilience of this year. “Nomadland,” “The Father,” “The Sound of Metal,” “Minari” and “Judas and the Black Messiah” all tell stories of lives upended by change, each detailing a journey of rebellion and acceptance, isolation and community. As lead actress winner Frances McDormand said, we should all do everything we can to see them — and all the other nominees — in theaters as soon as it is safe. But even if we don’t, their power and beauty will endure, reminders of a year like no other.

In the end, it doesn’t matter if the Oscars happened near a train or were watched on a plane. Awards and audiences notwithstanding, the films that debuted in 2020 speak for themselves. As they always do.

5 new books to read this week

The Rock And Other WWE Superstars Join The Ultimate Rivals Franchise

‘The Voice’: How to Vote for the Instant Save

Now Amazon wants the MGM studio. Is this a classic case of corporate sprawl? | Nils Pratley