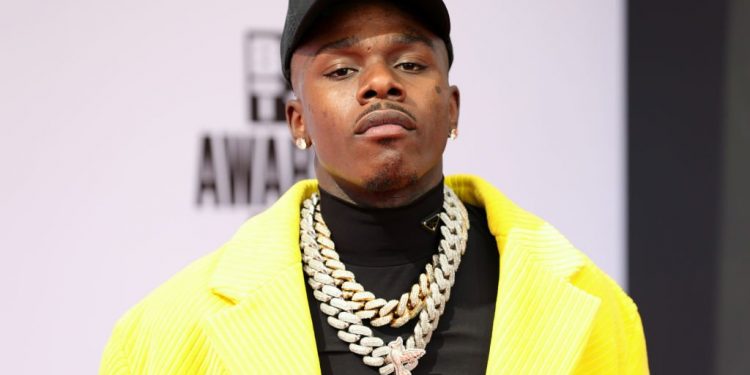 
Unseen footage obtained by Rolling Stone has put the spotlight back on DaBaby’s involvement in a 2018 shooting in a Walmart store in North Carolina.

The rapper has always claimed self-defence and received a 30-day jail sentence, later suspended, and a 12-month unsupervised probation.

Here’s what we know about the incident as media attention swings back on the case.

DaBaby, real name Jonathan Kirk, was involved in a shooting that took place on November 5th, 2018 at a Walmart store in Huntersville, North Carolina, Billboard reported at the time.

A 19-year-old man, Jaylin Domonique Craig, died following an altercation at the store.

As reported by Complex, DaBaby admitted he was involved in the altercation but insisted he acted in self-defence. The rapper stated he was in the store with his then-partner and children when two men, one of them Craig, approached them carrying weapons.

DaBaby was charged with one count of carrying a concealed weapon following the shooting.

Carolina’s Queen City News reported in 2019 that the charge against DaBaby was dropped when a key witness in the case failed to show up in court.

The rapper has never been prosecuted for Craig’s death and we must stress he has always claimed his actions were in self-defence.

DaBaby addressed the shooting in a previous social media video uploaded on Instagram.

“Daughter could have got hit, son could have got hit [and] me,” the rapper said at the time. Lawyers telling me not to say something. Two [n-word] walk down on you and your whole family, threaten y’all, whip out on y’all. Let me see what y’all gon’ do.”

The Rockstar artist referred to the altercation in his single Masterpiecewhich was released in January 2021.

HITC has reached out to the DaBaby for comment.

In other news, Can you take filters off of a TikTok video posted on the platform?

FDNY firefighter and 1 other person in Canarsie, Brooklyn in New York City – WABC-TV

FDNY firefighter and 1 other person in Canarsie, Brooklyn in New York City - WABC-TV