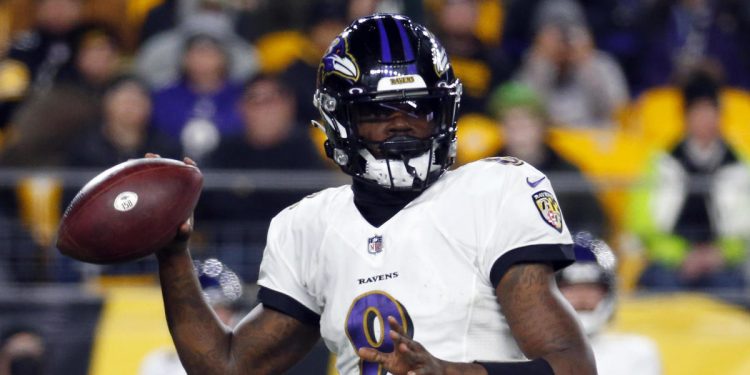 
Well, everyone, Andy Dalton is back for another NFL season. Which means John Breech made a last-minute request to take the day off. He needs time to process how to properly split his rooting interests between the Bengals and Saints. In the meantime, you’ve got me, Cody Benjamin, to deliver all the latest from around the NFL.

This is the Pick Six newsletter. Now let’s get to it. (And please, do yourself a favor and make sure you’re signed up to receive this newsletter every day! You don’t want to miss our daily offerings of everything you need to know around the NFL.)

Ryan Wilson and John Breech joined Will Brinson on Wednesday’s “Pick Six NFL Podcast” to run through all the hot topics around the NFL, from the new playoff overtime rules to Andy Dalton landing with the Saints. No subject got more discussion, however, than the ripple effects of Deshaun Watson’s deal in Cleveland: what can Lamar Jackson reasonably command on his own contract now? And what, exactly, is Baker Mayfield’s future? Some highlights:

Catch the entire episode (and subscribe for all kinds of daily NFL talk) right here.

2. Trade rumors: 14 other notable names who could be on the move

The NFL has been chock-full of blockbuster moves this offseason, but could more big names be on the move? We sure think so. In fact, we’ve identified more than a dozen notable veterans who might still be available via trade as the draft approaches. Here’s a sneak peek at three of them:

Speaking of Watson fallout, CBS Sports NFL insider Jason La Canfora reports that league-wide, teams are already preparing for more blockbuster QB moves down the road, as a result of the Browns’ big gamble. Other clubs can’t necessarily afford paying massive sums of guaranteed money to keep resetting the QB market, so already there’s a feeling that franchises like the Bengals and Chargers could face tough decisions on the respective futures of stars like Joe Burrow and Justin Herbert:

(Lamar) Jackson was already enamored with how Kirk Cousins played out through his franchise tags in Washington, according to sources with knowledge of the situation — even before the market exploded this month. This new precedent only further complicates things for the Ravens. The ownership sources I spoke to believe that among Jackson, (Kyler) Murray, (Joe) Burrow and (Justin) Herbert, at least one gets traded — perhaps more — given the Watson outcome. While there may not be six, or eight, or 10 other owners eager to take on that contractual burden, while also mortgaging the future by dealing draft picks, it only takes a few, with David Tepper (Carolina), Arthur Blank (Atlanta), Stephen Ross (Miami) and the Glazers (Tampa) in a post-Tom Brady world among those being whispered about as potential suitors.

Draft season is officially upon us, with April around the corner. We’ve got two mock drafts hot off the press, one from “Pick Six” host Will Brinson and another from draft expert Chris Trapasso. Check out each of them below:

Big news out of Baltimore, as the Ravens have locked up their longtime head coach for at least another four seasons. The 59-year-old coach, who was set to enter a contract year in 2022, will look to rebound from the team’s first non-playoff season in four years, after the injury-riddled Ravens finished 2021 at 8-9 in the cellar of the AFC North. Harbaugh has a career record of 137-88 running the show, guiding nine postseason runs and one Super Bowl win in 14 years.

Speaking of contract extensions, Lamar Jackson expressed some frustration Wednesday in light of team owner Steve Bisciotti suggesting the QB is in no hurry to negotiate a new deal. The former MVP tweeted that he “loves” the Ravens and questioned the “false narrative” that he’s considering a future split from the team. It’s unclear if Jackson’s comments were directed at ownership or just general speculation about his future. Either way, he’s about to enter a contract year.

What next for the UK economy after Sunak’s tough two years?

What next for the UK economy after Sunak's tough two years?