How did it take TWO YEARS to diagnose my brain disorder? Janey was told it was ‘all in the mind’.

Driving home along the motorway one afternoon, Janey Semp suddenly felt a strange tingling spreading across her left hand.

By the time she’d pulled up outside her house in Manchester, 30 minutes later, the sensation — ‘Like a very painful form of pins and needles’ — had spread to her arm, which she struggled to even lift.

‘I’m not the type to panic but I was a bit alarmed. I mean, it really, really hurt and I couldn’t work out what it was,’ recalls Janey, who works in accounts for an electrical company. ‘It just didn’t make sense. I hadn’t done anything strenuous.’

However innocuous it was in the beginning, the pain in her arm heralded the start of a rapid physical descent that left Janey severely incapacitated.

Previously fit and active as a regular walker and an enthusiastic member of an amateur dramatics group, today the mother-of-one can barely walk without a stick, slurs her speech and has constant pain in her head and limbs. 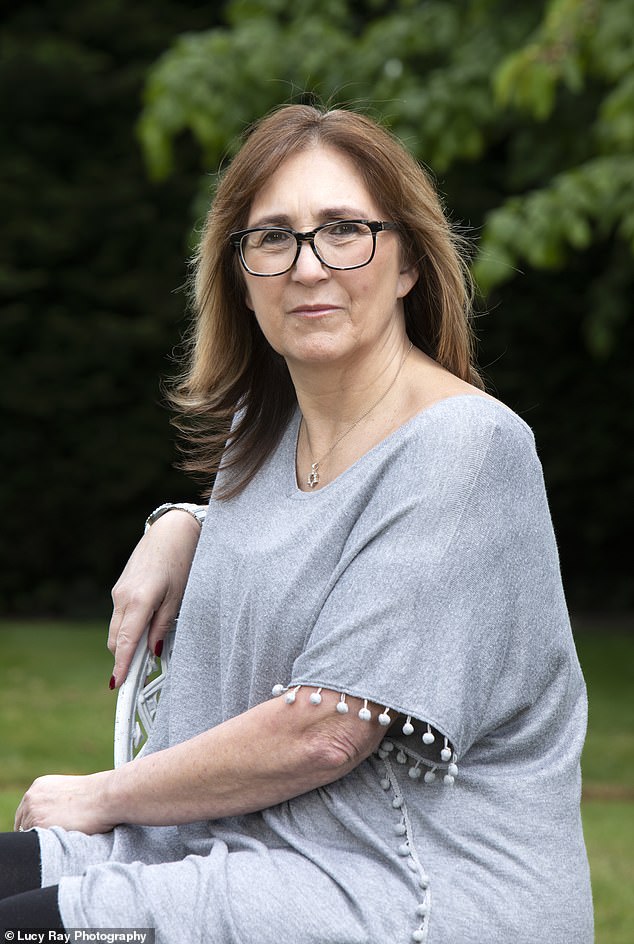 Janey Semp, 58, from Manchester, was diagnosed with functional neurological disorder after two years

Yet it has taken over two years, repeated doctors’ visits, countless hospital appointments and even accusations that ‘it’s all in the mind’ for Janey, 58, to get a diagnosis.

Janey has functional neurological disorder (FND), a condition thought to affect around 50,000 Britons a year that can begin without warning and impacts how the brain and body send and receive signals between them.

Unlike a stroke, which shows up in specific areas on brain scans, FND affects the brain’s messaging mechanisms which are not visible this way, leading to FND being too often overlooked by medical professionals, say experts.

Indeed Janey’s lengthy route to diagnosis is worryingly common, not least because suggestions that puzzling symptoms are ‘all in the mind’ can deter people from seeking help quickly.

‘In FND people suffer symptoms such as paralysis, seizures and tremors and these are very real, very genuine,’ explains Jon Stone, a professor of neurology at the University of Edinburgh and founder of one of the UK’s first FND clinics. 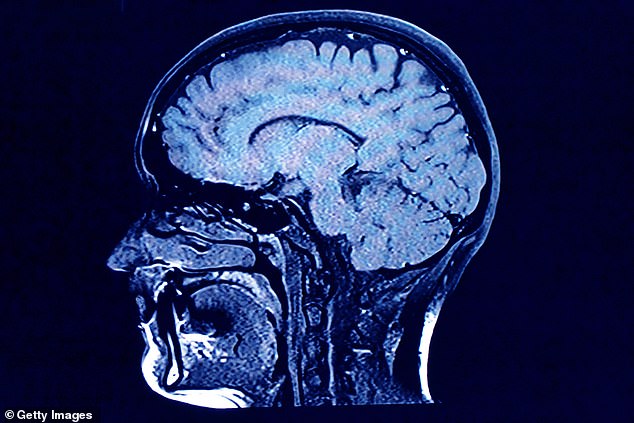 Unlike a stroke, which shows up in specific areas on brain scans, FND affects the brain’s messaging mechanisms which are not visible this way, leading to FND being often overlooked

‘But FND is a bit like a software problem on a computer. The ‘hardware’ of the brain isn’t damaged but there is a problem with the ‘software’, so the computer doesn’t work properly.

The condition is caused by a problem with the brain’s messaging capabilities,’ he adds. ‘For example, this might create an inability to send messages such as those to move the legs. So you won’t see damage, say, to the brain or legs on a scan. That’s why — sadly — some patients are dismissed as having purely psychological symptoms.’ 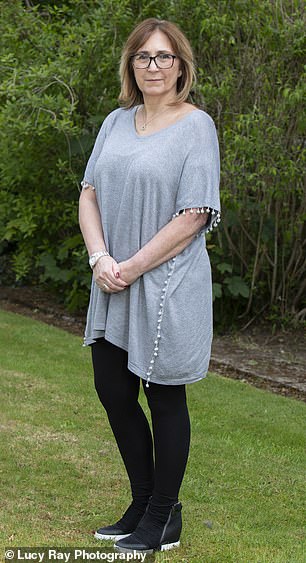 FND has been established as a neurological disorder for more than 200 years, and was the second most common reason for patients to see a neurologist after a migraine headache, according to a study of 4,000 new outpatients conducted in Scotland by Professor Stone and his colleagues.

‘All of which raises issues about what doctors should be doing,’ says Professor Stone. ‘In medicine are we only interested if we see something on a scan, or can we do more? Diagnosis of FND is one of the worst examples of this mindset.’

‘So there is a lot of ‘buck passing’,’ he says. ‘Some neurologists may say it’s psychological and basically not treatable through specific drugs or surgery, while psychologists may say it’s physical. We need a better approach for people with FND to diagnose them correctly and so get them into appropriate rehabilitation and treatment.’

Janey’s initial visit to her GP revealed no answers as the doctor couldn’t find a reason for her symptoms. She repeatedly returned to the surgery over the next few months as her symptoms increased; she suffered constant headaches and her toes began to curl under, making walking awkward. 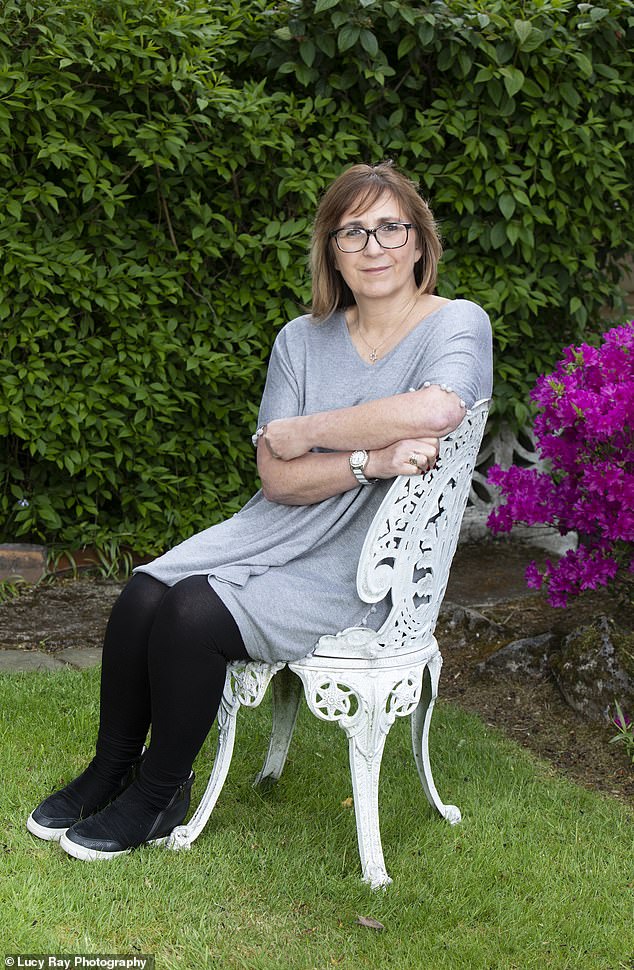 Blood tests, brain scans and even a private visit to an orthopaedic surgeon provided no answer.

‘The headaches in particular were very debilitating,’ recalls Janey, who lives with husband Alan, 78. ‘I wanted to scream in frustration because I couldn’t get anyone to believe there was something the matter.’

‘I’m not the sort of person who sits around feeling sorry for myself — I have a full-time job, before this started I was very involved in amateur dramatics and I also look after Alan, who has various health issues. I was used to being busy.’

With acute conditions such as a brain haemorrhage ruled out by tests and scans, hospital specialists and Janey’s GP started to ask if she was suffering from stress caused by the death of her mother a few months earlier.

Once men hit middle age, many start developing signs of an enlarged prostate. This triggers symptoms such as needing the loo more often, feeling as if the bladder cannot empty as normal and reduced flow.

Medication that can help alleviate symptoms and, in some cases, surgery may be necessary. However, there may be another option worth trying: a daily handful of pumpkin seeds.

‘Many of my patients swear by this,’ says Marc Laniado, a consultant urologist at Frimley Health NHS Trust in Surrey and Nuada Medical in London.

‘It is thought the oils interfere with hormonal receptors in cells and so slow down the growth of the prostate.’ Lab studies confirm this.

Janey says: ‘Mum was 82 and extremely poorly and her death had not been unexpected. I felt the medical professionals were clutching at straws. Meanwhile my symptoms were getting worse, my speech was slurred, my legs were weak and I could feel the right-hand side of my face dropping. Yet nothing happened.’

The cause of FND is unknown, although a previous physical injury, infectious diseases such as flu, panic attacks or migraine are all associated with it. ‘People who have had a past psychological trauma may also be at greater risk of developing FND,’ says Professor Edwards. ‘But not everyone will.’

Matters finally came to a head for Janey 12 months ago when she was rushed to hospital after her right eye lid ‘dropped’ and she began to shake uncontrollably. ‘I was absolutely terrified — I couldn’t see out of my eye,’ she recalls. ‘I was shaking so badly I couldn’t hold a cup in my hand. I was desperate for someone to find out what was wrong with me.’

Doctors suspected a stroke or brain tumour but again scans were normal. Salvation came in the form of a neurologist who diagnosed FND.

‘I had no idea what he was talking about but I didn’t care,’ says Janey. ‘I was elated that I wasn’t going mad. Finally someone believed me.’

Doctors diagnose FND using the Hoover test, where the patient lies on their back and is asked to lift their ‘bad leg’ (one is usually worse than the other). They may have difficulty pushing it back down again, but when asked to lift their ‘good leg’, movement in the bad leg returns temporarily to normal. This automatic response shows there is a messaging problem between brain and body rather than any other cause.

There is no cure and treatment depends on how the disease affects the individual patient.

In Janey’s case, she has been prescribed medication for pain and anxiety as well as physiotherapy. ‘The fundamental way forward is management through rehabilitation using specific exercises to help patients relearn lost skills,’ says Professor Edwards.

‘In theory, patients have a capacity to improve and recover. There’s no irreversible damage to nerves, but it is a disabling problem — just as disabling as Parkinson’s disease or multiple sclerosis. That’s why it’s so wrong for patients to be told there isn’t a problem.’

Professor Edwards believes that every neuroscience centre in the UK should have a multidisciplinary team to diagnose and treat patients with FND.

‘At the moment we look after people with FND in an appalling way,’ he says. ‘We’re in an insane position with patients in the system for years having endless consultations, tests and medication they don’t need because nobody is prepared to come off the fence with a diagnosis.’

MASK MEDICINE: Ailments caused by wearing a mask — and how to treat them

Dry lips may get worse wearing a mask as we’re inclined to lick our lips as we move our faces inside the fabric.

‘This can be very drying,’ says Dr Mark Hudson-Peacock, a consultant dermatologist at Stratum Dermatology Clinics in Canterbury, explaining that doing this coats the lips in saliva, which contains enzymes used to digest food. As saliva evaporates, these enzymes remain on the lips and further dry them out, ‘creating a condition called lip licker’s dermatitis’, he says.

WHAT TO DO: As well as avoiding licking lips, apply lip balm to keep them soft and provide a barrier against saliva, says Dr Hudson-Peacock. ‘Vaseline-like products aren’t absorbed, so apply a thin layer. Otherwise the inside of the mask will become greasy, which could aggravate the skin.’