How do you claim pension credit? Get help with bills


Can YOU claim pension credit? Elderly people are missing out on £1.7bn worth of top-ups – and family and friends are urged to help them apply

By Tanya Jefferies for Thisismoney.co.uk

Hard-up elderly people struggling to meet mounting everyday bills are being implored by the Government and campaigners to claim pension credit.

A new advertising campaign tackling myths that might deter them from applying is being launched on an official ‘day of action’.

The Government is also appealing to the family and friends of pensioners to help them sign up, as an estimated 850,000 eligible households miss out on £1.7bn a year. 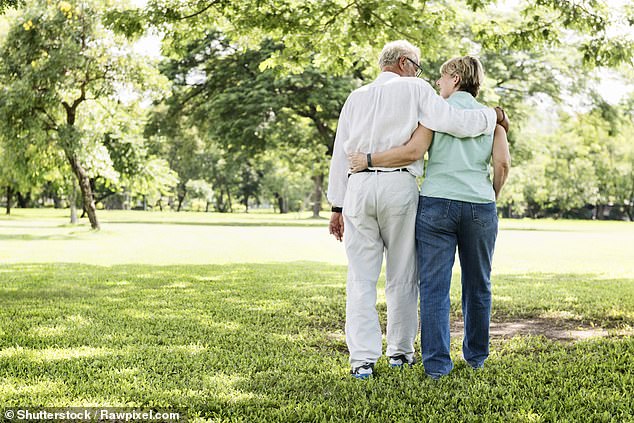 Pension credit: Elderly people struggling to pay essential bills are being urged to sign up

You can gain thousands of pounds on top via help for housing, heating, council tax, TV licences and other bills, and it unlocks a new cost of living payment from the Treasury.

The Government says that having savings, a pension or owning a home are not necessarily barriers to receiving pension credit, and you don’t need to be receiving a state pension to get it either.

You can use this free online calculator to check if you qualify, and visit gov.uk/pension-credit or call 0800 99 1234 to make a claim.

‘We recognise the challenges some pensioners will be facing with the cost of living which is why promoting pension credit is a priority,’ says Pensions Minister Guy Opperman.

‘We’re calling on everyone with retired family, friends and loved ones to check in with them and see if they can get this extra financial support, which could make a huge difference to people’s everyday lives.’

Finance industry campaigners recently launched a drive to seek out the worst off pensioners in the country to urge them to sign up for pension credit.

Under the slogan ‘Pension credit – it’s for you!’, they aim to use the private sector’s vast data resources to identify and come to the aid of elderly people with limited savings and income.

The project is led by influential pensions expert Henry Tapper, who has publicly decried current ‘feeble’ take-up and pledged to galvanise the industry to help declutter and automate the system.

‘It doesn’t matter if you own a property, it’s your income that counts. If it’s not for you, think of elderly people you know and mention it. It’s not just about free income – pension credit is the “door to more” and too good to miss out on!’

The charity Age UK, which recently warned many elderly people are using ‘desperate coping strategies’ and ‘extreme budgeting’ to pay essential bills, offers help with pension credit applications if you call its free national advice line – see the box below. 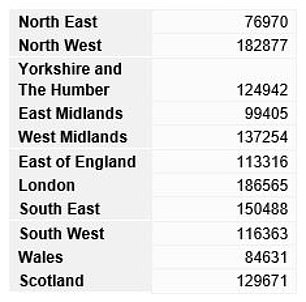 Pension credit recipients by region in August 2021 (Source: Department for Work and Pensions)

Citizens Advice also advises people on their eligibility and how to make a claim.

Its chief executive, Dame Clare Moriarty, says: ‘At a time when millions of people are struggling with the rising cost of living, it’s more important than ever that people are getting the support they’re entitled to.

‘Pension credit can be a really important boost for older people who are struggling with a low income.’

Rich Mackenzie, a visiting officer at the Department for Work and Pensions who is involved in the official campaign, says: ‘Many people who could claim pension credit aren’t. I would appeal to anyone who comes into contact with pensioners to ask how much they know about pension credit.

‘It could be something that helps, and in the current financial climate, there’s no doubt that more people will experience hardship.

‘Pension credit won’t solve every problem, but it will go a long way to alleviating difficulties. It should be a collective endeavour for us all.’

Are you elderly and anxious about bills?

Its staff will check you are receiving everything you are entitled to, including pension credit and attendance allowance.

Find out more here about pension credit, or call Age UK which will help you apply.

Age UK adds that energy providers have a duty to offer support if people are struggling with bills or debt, and you can ask about an affordable repayment plan.

‘Pension credit boosts the income of the poorest pensioners and yet it remains woefully underclaimed,’ says Helen Morrissey, senior pensions and retirement analyst at Hargreaves Lansdown.

And she adds: ‘The Government’s recent package of measures aimed at helping people deal with rising costs included a £650 payment to people on benefits such as pension credit.’ (See the box below).

‘This payment will be split over two instalments – one in July and one later in the autumn. The first instalment will only go to people who were already receiving pension credit as of 25 May or those whose claim was still being assessed on that date.

‘However, if you successfully claim pension credit now then you could qualify for the second payment.’

This includes a £650 one-off cost of living payment for those on means-tested benefits including pension credit, and an extra £300 for eight million pensioner households to help them cover rising energy costs this winter. 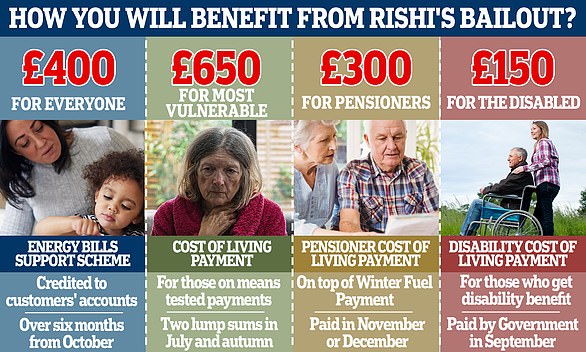