How Gabby Petito autopsy will reveal her body ‘had visible signs of trauma from attack’, forensic scientist claims

GABBY Petito’s death was quickly ruled a homicide as there were likely “visible signs of trauma consistent with an attack”, it’s been claimed.

The 22-year-old’s stepfather, Jim Schmidt, revealed in a press conference this week that Gabby’s body has still not been released, despite her funeral being held in New York.

Gabby was found dead at the Spread Creek Dispersed Campground in the Bridger-Teton National Forrest on Sunday, September 19 in Wyoming, more than a week after she was reported missing.

Jennifer Shen, retired San Diego Police Department Crime Laboratory Director, has given her opinion on why her full autopsy results are yet to be released.

In an exclusive interview with The Sun, she said: “The death was referred to as a homicide very quickly after her body was found.

“This generally indicates the cause of death was pretty apparent to those that found her.

“I would assume there was visible trauma consistent with some kind of attack (i.e. gunshot wounds, knife wounds, obvious signs of strangulation etc.).

“The official cause of death and the autopsy report will likely take weeks to release.

“There are many in-depth toxicological tests that are completed to be thorough and to provide any and all information her body has to offer.”

Speaking at the presser, Gabby’s stepfather said: “Part of our goal was we wanted to bring her home as quickly as possible, but it’s important for the FBI, the Teton County sheriff’s, the Teton County coroner’s office to hold onto her for as long as they need.

“We want to make sure that no matter what we do not impede their investigation in any way.

“We wanted her home immediately, but we understand their position and we know that she’s safe with them and as long as she’s with them.

“It was a very tough decision to have to make, to come home, but we felt it was important to come home so we could mourn her and celebrate her life and be with our family and friends. When they’re ready to release her, we will be bringing her home.”

The Teton County Coroner, Dr. Brent Blue, confirmed that Gabby died as a result of a homicide but the cause is still pending final autopsy results.

Gabby’s fiance Brian Laundrie has been missing for more than a week and he is being hunted by the FBI after a warrant was issue for his arrest.

Laundrie is accused of swiping a Capital One debit card, believed to belong to Gabby, and running up a balance of $1,000 from August 31 until September 1.

Meanwhile, the FBI are said to be investigating reports of a burner phone bought on the day Laundrie went missing.

A source told TMZ he purchased a phone at an AT&T store on September 14 with an “older woman”.

It was the last day his parents Chris and Roberta say they saw their son, who claimed he was going for a hike.

The store said in a statement to The Sun: “We’re not confirming or denying anything and we’re not making any statements, thank you and have a great day.”

Laundrie family attorney Steven Bertolino said: “To my knowledge, they did purchase a new phone and it’s the same phone that Brian left home and which the FBI is in possession of.”

Cops are yet to release details of any murder weapon found, while Laundrie remains the only ‘person of interest’ in the case.

Shen, a forensic scientist with 29 years of experience in the field, said: “If an identifiable weapon was used, the forensic investigators would be trying to connect it to the murderer and the body.

“This could be done in a variety of ways. First, it would be important to show the wounds were consistent with the recovered weapon.

“If the weapon was a gun, they would attempt to match it to any bullets/cartridge casings found at the scene, or in her body.

“The gun could be traced to see where it came from, and its transactional history.  In addition, physical evidence such as blood, touch DNA, prints, or trace evidence could tie the gun to the scene, or to the killer.

“A knife or other weapon would yield much of the same evidence.  Finding clothing fibers, hair, blood, trace evidence from the body on the knife would tie it to Gabby’s body.

“Fingerprints, trace evidence, touch DNA and sometimes even blood (often suspects cut themselves in a knife attack) could tie the knife to Brian.

“An effort would also be made to track the origin of the weapon through receipts, manufacturer etc., to see if it can be connected to the killer in that way as well.”

The FBI’s investigation has now been narrowed down to intelligence only, while Dog The Bounty Hunter has also launched his own search for Laundrie, and claims to have received more than 1,000 leads.

“As the investigation continues, and detectives talk to more people, get more information from downloaded phones, computers, GPS devices on vehicles, etc.,” Shen told The Sun.

“The investigation is more focused and data driven. This will continue until every lead is exhausted, or until they find Brian.

“If they never find him, this will become a cold case that will likely never be solved to everyone’s satisfaction. That would be very sad.”

Gabby Petito, 22, was last seen on August 24, leaving a hotel in Utah. Here is a timeline of Gabby Petito’s disappearance:

EA promotes Laura Miele to COO, making her one of the most powerful women in gaming 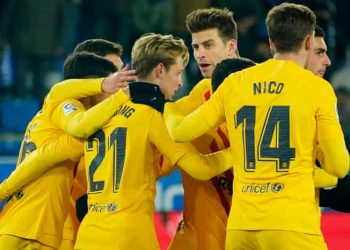 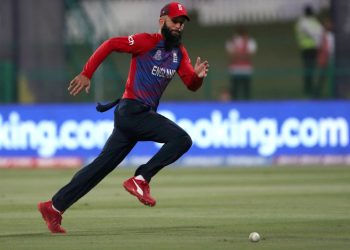 Kim and Khloe Kardashian were... 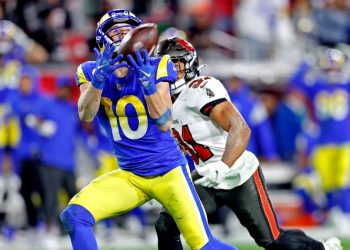 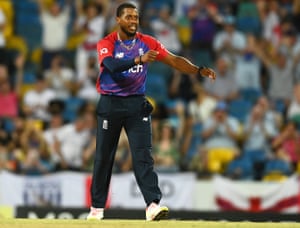