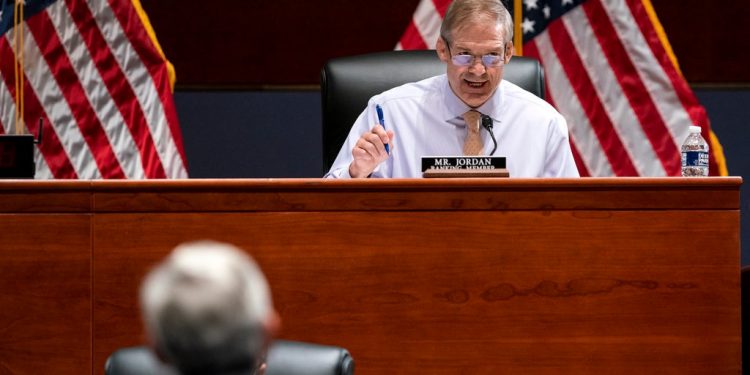 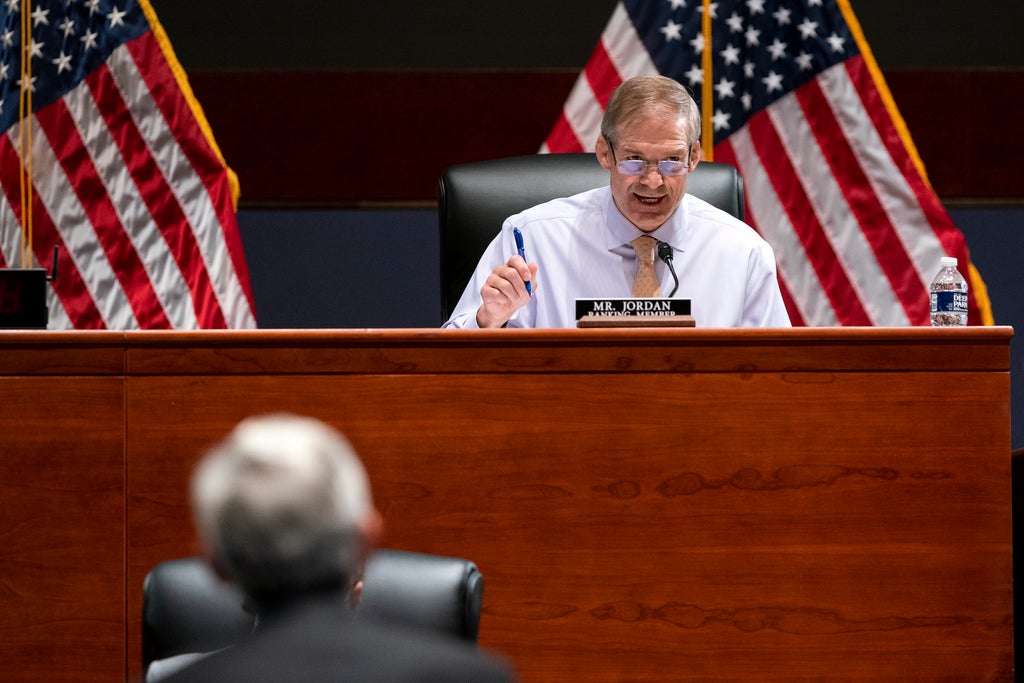 On Monday, Ohio Representative Jim Jordan said in a letter that he would not cooperate with the House’s select committee investigating the insurrection at the Capitol on 6 January 2021. Committee Chairman Bennie Thompson had sent him a letter last month requesting his cooperation with the committee regarding his communication with then-President Donald Trump.

But Mr Jordan rebuffed the call in an excoriating letter, and criticised Democrats for “nonstop” investigations into 6 January, as well as bashing the committee for not looking into Democrats whom he said were also responsible for the lack of security measures.

“This double standards confirms our suspicion that Democrats are using the select committee as a partisan cudgel against their political adversaries and not to advance any legitimate legislative purpose,” he wrote in his letter.

Mr Jordan’s rebuffing of the committee investigating a deadly riot at the Capitol is a culmination of a congressional career wherein he largely served as a thorn in the side of Republican leadership but has now become the most willing defender of the former president and a trusted ally of House Minority Leader Kevin McCarthy.

A native of Ohio, Mr Jordan wrestled for the University of Wisconsin-Madison, where he won two NCAA Division I championships. Afterward, he served as a coach for the Badgers wrestling team. Mr Jordan later graduated from law school and served in the Ohio state legislature before winning an open seat in 2006.

During that first term, he was a largely an unremarkable no-name freshman member of Congress. But during the 2008 financial crisis, Mr Jordan voted against the Troubled Asset Relief Program, which bailed out the big banks, which he told The Washington Post in 2018 served as a catalyst for the Tea Party movement.

With the nascent Tea Party, Mr Jordan found his footing as a politician who often picked fights with Republican leadership as much as, if not more, than with the Obama administration. As chairman of the Republican Study Committee, he viciously fought with House Speaker John Boehner during the latter’s attempts to negotiate spending cuts along with a debt ceiling increase, despite the fact he was part of Mr Boehner’s “Jedi Council” of shadow GOP leadership.

Later on, Mr Jordan was part of a coterie of House Republicans who worked with Sen Ted Cruz when sought to defund Obamacare in 2013, which led to a government shutdown. Mr Jordan also became a right-wing hero around this time for his aggressive questioning of Obama administration officials about the attack on the US embassy in Benghazi.

Mr Jordan also helped form a coalition of insurgent House Republicans known as the House Freedom Caucus, which was often credited with deposing Mr Boehner as Speaker and later antagonised Speaker Paul Ryan. It was for this reason that Mr Boehner described him as a “legislative terrorist”.

As Mr Trump began to dominate the GOP, Mr Jordan quickly emerged as his most vociferous defender during Special Counsel Robert Mueller’s investigation into Russian interference in the 2016 election, and became a regular guest on Fox News shows, particularly after they filed articles of impeachment against Deputy Attorney General Rod Rosenstein. Mr Trump hailed him and his band as “warriors” at the time.

Mr Jordan also gained friends in high places as his fellow Freedom Caucus members like Mark Meadows and Mick Mulvaney joined the Trump administration, with the former as Chief of Staff and the latter in a multitude of roles.

Mr Jordan also became the top Republican on two committees, first serving as ranking member of the House Oversight and Government Reform Committee and then later as Judiciary Committee Chairman.

Similarly, Mr Jordan was a vociferous defender of Mr Trump’s plan to try and oppose the Electoral College results. When the House voted to hold Mr Meadows in contempt of Congress, it was revealed Mr Jordan had texted Mr Meadows a plan to throw out some electoral college votes.

Since Mr Trump left office, he’s also been part of a group of Republicans that has sought to blame House Speaker Nancy Pelosi for the insurrection, saying Democrats created a culture of “normalising rioting, normalising looting, normalising anarchy”.

When the House voted to create a select committee to investigate the riot, House Minority Leader Kevin McCarthy named him and Rep Jim Banks to the select committee. But when Ms Pelosi vetoed their membership, Mr McCarthy pulled all his members.

Since then, Representatives Liz Cheney and Adam Kinzinger, both of whom voted to impeach the former president, are the sole Republicans on the select committee. Recently, Ms Cheney confirmed to The New York Times’sThe Daily podcast reporting from the book I Alone Can Fix It by Carol Leonnig and Philip Rucker that when Mr Jordan said “We need to get the ladies away from the aisle”, she responded “get away from me, you f****** did this”.

When Mr Meadows eventually stopped complying with the committee, it voteed to hold him in contempt of Congress, the first time in more than a century that a former member was held. Mr Jordan lamented it was “sad” what was happening to his friend. The committee had only voluntarily requested him to comply, rather than subpoena. But if the committee were to subpoena and he refused to comply, he might face the same fate.