How Lincoln Riley is revitalizing the USC receiving corps 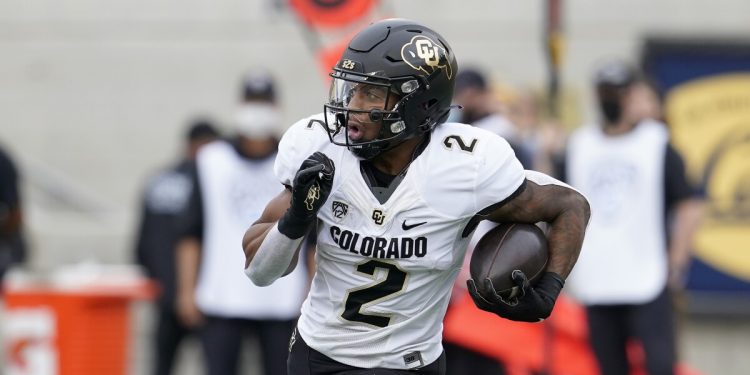 
The decision was made. His name, as of Jan. 1, was in the NCAA transfer portal. But now that it was finally official, Brenden Rice suddenly was feeling uncertain. Maybe a transfer was a mistake. Maybe the sophomore receiver should’ve stayed at Colorado, where he caught 27 passes over two seasons. Maybe he could still go back.

Doubt wouldn’t have long to creep in. Within a half-hour or so of his entry in the portal, Rice’s cell phone rang. It was Lincoln Riley, letting him know USC was interested.

“I’m like, ‘Wow. OK,’ ” Rice recalled Tuesday after USC’s first spring practice. “I [got] a couple of other calls, but as soon as I heard Lincoln call, you know you have to go.”

The speed of the new coach’s outreach to Rice wasn’t necessarily unique. Navigating an increasingly competitive transfer portal requires a swift response, especially when you intend to turn over most of your roster. But the urgency with which Riley went after Rice and other receivers in the portal certainly spoke to how dire USC’s needs were at that position upon his arrival.

Those issues became painfully clear late last October, soon after Drake London suffered a season-ending ankle injury. The bottom immediately fell out of USC’s passing attack. The Trojans’ completion percentage tumbled 6 percentage points from the previous eight games, their yards per attempt fell by 1.2 yards over the next four. Without its star wideout, USC was suddenly desperate for playmakers down the field and on the perimeter.

So Riley and his staff cast a wide net. The first receiver reeled in from the transfer portal was Washington’s Terrell Bynum, an all-Pac-12 honorable mention-turned-grad transfer who worked mostly out of the slot last season.

Next came a familiar face. A former five-star prospect, Mario Williams, signed with Riley as part of Oklahoma’s 2022 class because he believed in the coach and his offense. As a freshman, Williams made an immediate mark with the Sooners, catching 35 passes for 380 yards and four touchdowns. But when Riley and his receivers coach, Dennis Simmons, left Oklahoma for USC, Williams followed.

“Coach Riley knows how to get the ball to kids who need the ball in their hands,” Williams said, when asked about his decision.

Rice was well aware of that reputation when he first heard Riley’s voice on the other end of the line, pitching him on USC. Soon after they hung up, he said, Rice texted his father, Hall of Fame receiver Jerry Rice.

The arrival of Rice and the two other transfers helped to remake USC’s receiver room in a matter of weeks. All three are expected to factor into the mix at receiver, where the race for a place in the rotation is wide open at the start of spring.

“It’s as wide as this field is,” USC outside receivers coach Dennis Simmons said. “We’re still learning them. They’re still learning us. Everybody is working hard though. Everyone is committed to it. You know, that’s a great starting point.”

Williams might have a lead in that regard, given his year of experience in the offense at Oklahoma. He already has established a connection with quarterback Caleb Williams, whom he calls one of his closest friends.

The next month will be crucial for making more of those connections in USC’s receiving corps. Gary Bryant, who led USC in receiving yards after London’s injury, said he and other returning wideouts have worked on their own with Williams. Others such as Tahj Washington, Kyle Ford and Michael Jackson III, among others, will spend the spring jockeying for position on an uncertain depth chart.

How that pecking order plays out probably won’t be decided until the fall, but there should be plenty of opportunity to go around in Riley’s wide-open offense. The coach said he expects to have a “bare minimum” of eight receivers involved in every game.

But if the opportunity arises to add even more receivers this summer, expect Riley and his staff to continue with their proactive approach to the transfer portal.

Why are we burning our recycling? – video | Environment

Why are we burning our recycling? – video | Environment