How many Baby Mamas and kids does Young Thug have? 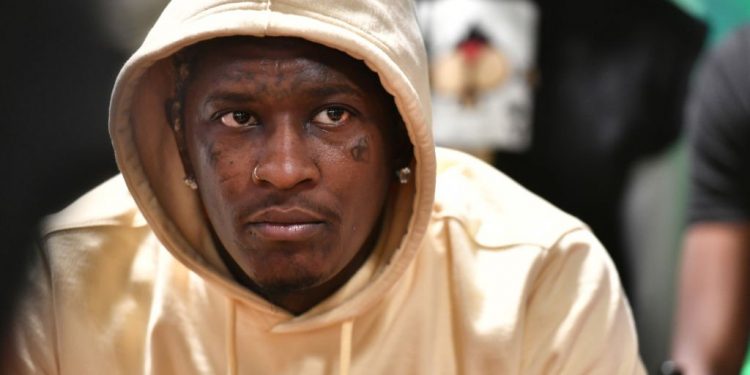 
In a shocking incident that took place in Atlanta yesterday, Young Thug’s baby mama, LaKevia Jackson, was shot and killed at Metro Fun Center bowling alley, according to CBS 46.

LaKevia’s mother, Sherina Jackson, told the outlet that her daughter was at her best friend’s birthday when the incident took place and had spoken to her on the phone shortly before her tragic passing.

How many Baby Mamas and kids does Young Thug have?

While six children might feel like a handful to many, the rapper grew up in a large family of 11 children.

Not all of the rapper’s baby mamas’ identities are known as he prefers to keep his personal life lowkey. However, he has spoken about fatherhood candidly.

In a 2016 interview with GQthe rapper confessed that fatherhood is the hardest thing he has ever done.

“…It’s not even taking care of the kids. The main part is you won’t be able to do what you always did. That’s the number one rule to having a kid: You can’t be who you were.”

The 30-year-old has kept his kids away from the spotlight.

The investigation into LaKevia’s death is still ongoing. However, officers have determined that that incident began with a “dispute over a bowling ball which escalated to gunfire.”

“This is truly an atrocity. A young lady has lost her life over a bowling ball. We talk about conflict-resolution time and time again and this is an escalated dispute so we will work this case through the night and we will find the person responsible,” APD Homicide Commander Lt. Ralph Woolfolk told CBS 46.

“We know who [you] are so go ahead and turn yourself in.”

At the time of writing, the cops have detained one female who was allegedly involved in the altercation and is cooperating now.

LaKevia and Young Thug have a 14-year-old son

As per CBS 46, LaKevia shared a 14-year-old son with Young Thug. The teen’s name is not known.

The duo had reportedly met at an apartment complex before the rapper shot to stardom. LaKevia was still attending South Atlanta High School at the time.

In other news, Richard Ratcliffe’s job: What does Nazanin’s husband do for a living?

Why We Often Under or Overestimate Our Intelligence Levels