How Much Money Do You Really Save By Unplugging Appliances? 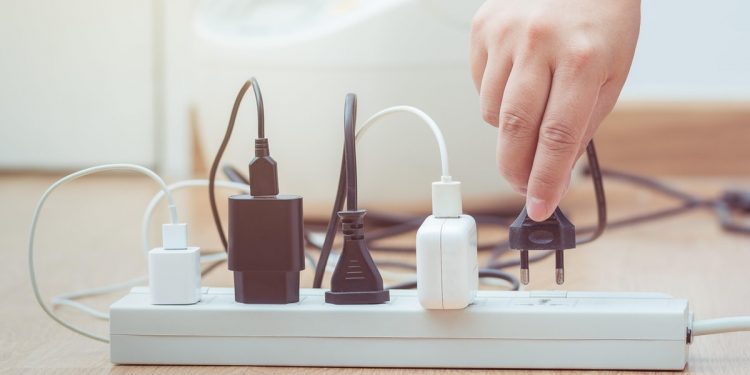 You obviously know that turning off lights and powering down electronics is one way to lower your electricity usage and, as a result, money. But what about leaving your phone on its charger overnight, or leaving your devices plugged in while they are asleep or turned off? Is it really worth unplugging them when not in use?

Many household electronics and appliances continue to consume energy when off or on standby, when in “sleep mode,” and when on but not in use. Any energy used when a device isn’t performing its main function is known as standby power, and the supplies that consume are sometimes called “energy vampires.”

The Lawrence Berkeley National Laboratory at the University of California measured standby power consumption of a long list of household devices when on, idle, and off (but still plugged in) and found a huge range. For example, your laptop could pull as little as 0.82 W or as much as 54.8 W when asleep — and a lot more when fully on and charging or even when fully charged.

So what does that translate to, in dollars?

The U.S. Department of Energy estimates the cost of standby power could set the average household back $US100 ($139) each year, while data from the Natural Resources Defence Council puts the cost around $US165 ($229) annually.

It’s hard to say exactly how much energy vampires cost you specifically, as power consumption depends on the number of devices you have plugged in, how energy-hungry those devices are in different modes, and your use habits. Plus, electricity costs fluctuate. The Berkeley Lab suggests the following simple calculation to give you a ballpark:

That doesn’t seem like much, but if you add up all of your devices that stay plugged in when not in use — the NRDC estimates that’s as many as 65 — you can see how that $US100 ($139) gets spent. Consumer electronics, like computers, game consoles, and TVs account for more than half of always-on power consumption.

How to save money on standby power

You may be wondering: Should I walk through my house each night (or before leaving for work) to unplug my toaster oven, microwave, coffee maker, TV, etc.?

The obvious thing to do is unplug electronics and appliances that aren’t in use or are fully charged. Note that you should not be unplugging and replugging devices that you use frequently (as in, daily or multiple time a day). Not only is this a pain, it could cause damage to the plugs, wires, and outlets over time. But if you have countertop kitchen appliances that you don’t need often, or a guest bedroom TV or a printer that rarely sees use, go ahead and unplug.

Similarly, take a lap around your home and look for devices that are plugged in but no longer in frequent use: lamps, stereos, phones, etc. Another strategy is to plug multiple electronics into a power strip that you can switch on and off as needed; this works well with computers or A/V devices that you use together.