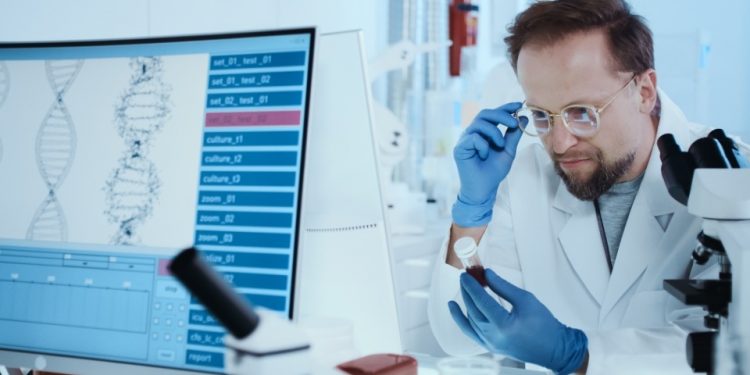 
In the very first wave of COVID-19, it seemed to be a respiratory disease that killed old people.

When young doctors and nurses began dying, it was thought this was because of the viral load they’d been exposed to. And that might have been right.

But gradually, COVID revealed itself to be more complex and mysterious.

Yes, most of the people who ended up on ventilators and died were old or had pre-existing conditions such as obesity, type 2 diabetes or chronic kidney disease. Older men were especially vulnerable.

Then it emerged that infection with the coronavirus didn’t necessarily lead to symptomatic COVID-19.

On the flip side, otherwise fit and healthy people ended up seriously ill with COVID for months. Some of those died.

The deaths of children and babies have been shocking and mystifying.

And finally, why do people experience COVID-19 so differently: some with loss of taste and smell, some with fever and a cough, others with a crampy stomach bug?

After all, the disease starts with the same virus.

There have been attempts to classify COVID patients into ‘clinical phenotypes’ or patient populations according to pre-existing illnesses, complications, and clinical outcomes.

A quick explanation: Phenotypes are a person’s observable inherited traits, such as height, eye colour, and blood type.

Clinical phenotypes refers to how a disease presents in a person.

Because the virus presents differently in different patients, finding commonalities might open a pathway to specific treatments. Sounds good, but it’s complex.

For example, a study from the University of Minnesota Medical School categorised COVID-19 hospital patients into three groups or phenotypes based on symptoms and mortality.

The patients attended 14 hospitals and the paper focused on 1022 patients.

Phenotype I (23.1 per cent of the participants) was the most severe. The group was characterised by cardiac, hematologic (blood disease), and renal comorbidities, and they were more likely to be non-white and non-English speaking. These patients were also older.  This phenotype had a mortality rate of 27 per cent.

Phenotype II (60 per cent) featured patients whose disease took a “moderate” course, with a mortality rate of 10 per cent.

Phenotype III (16.9) had the most favourable outcome, with the lowest mortality (apparently not recorded), but the highest incidence of respiratory diseases.

These had a more frequent history of smoking, alcohol abuse and neutropenia (an unusually low number of a certain type of blood cells). These patients were also more likely to be re-admitted to hospital.

Not what you’d expect

Based on what they’ve seen in news media, most people would think that respiratory problems, coupled with an unhealthy lifestyle, would kill the most COVID-19 patients. This study says otherwise.

As the authors conclude: “Patients do not suffer from COVID-19 in a uniform matter. By identifying similarly affected groups, we not only improve our understanding of the disease process, but this enables us to precisely target future interventions to the highest-risk patients.”

Others studies have attempted to use the phenotype model to analyse the differences between the first and second waves of the pandemic in Italy, and the causal relationship between ageing and COVID-19.

A French study found three phenotypes for moderate to severe Acute Respiratory Distress Syndrome Related to COVID-19. This means they found three ways the disease presented itself, and what the outcomes were.

To account for why an otherwise fit, healthy and youthful person becomes severely ill and quickly dies from a disease more associated with killing old people, people began looking for answers in genetics from quite early into the pandemic.

Plenty of interesting research has occurred. But whether any of the findings translate into treatments, who can say?

Studies have identified genes associated with COVID-19-related loss of smell or taste.

The research was done by 23andMe, a Californian consumer genetics and research company. The researchers found that women were 11 per cent more likely than men to report a loss of smell and taste.

They also found that about 73 per cent of those who reported a loss of smell and taste were aged 26-35.

Will this lead to a cure? The researchers don’t know how the genes relate to the biological mechanism of smell and taste loss. An unrelated issue might be the cause.

Croatian and Scottish researchers have described the genetic mechanisms of critical illness in COVID-19, notably the damage done by inflammation to the lungs and the blood vessels in the lungs.

These mechanisms “may be amenable to targeted treatment with existing drugs”. However, large-scale randomised clinical trials “will be essential before any change to clinical practice”.

Whether these trials occur, and if so, whether they will focus on developing second generation vaccines remains to be seen, although it’s unlikely.

A June 2020 study found that those with blood type A have a 45 per cent  greater risk of being infected by the coronavirus. Blood type O was found to offer modest protection against hospitalisation.

Other international studies have supported the findings.

‘”While there appears to be a reduced risk of being hospitalised with COVID if you are blood group O, the odds ratio is modest – around 0.7 – so being blood group O is by no means guaranteed protection against COVID-19.

‘”The type of reduction in risk achieved with appropriate social distancing and hand hygiene are significantly better than depending on your blood group for protection.”

In other words, the science is cool, but keep washing those hands.