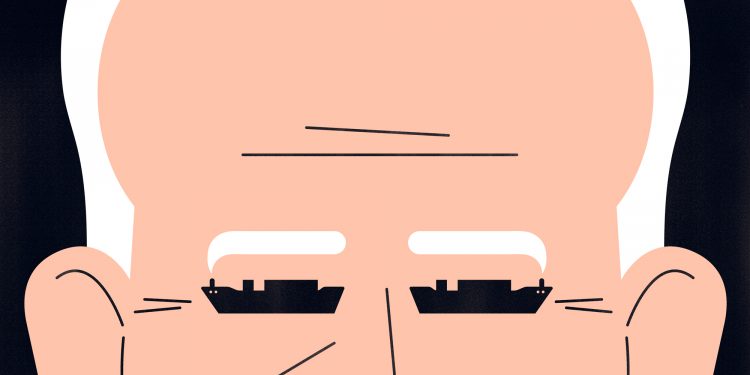 “In the past 40-odd years, you have seen a kind of narrowing of the economic values that we should be shaping markets to serve down to really a singular focus on efficiency, to the exclusion of things like resilience, which previously, we had a much more robust accounting for,” said the NSC economic official.

Biden’s team sees their worker-centered trade policy offering a new path — one that not only begets new manufacturing jobs, but supports working families by promoting unions and the right to organize, so that workers themselves can demand higher wages and better benefits.

That involves a “really a full throated reembrace of organized labor and unions,” said the economic official, and a realization that markets are “guided by power dynamics, whether its economic or political power, and those are the things that shape market outcomes.”

Key to that agenda is rebuilding an industrial base in the U.S. economy — lost to generations of American policies that encouraged firms to find cheaper labor overseas to deliver cheaper goods to consumers. From the Commerce Department to NSA, Treasury and USTR, that goal unites an administration often at odds on trade policy. Even Raimondo, arguably the most pro-corporate of the economic policymakers, bases her stump speech around the story of her father’s watchmaking job moving overseas when she was a child.

“Five years ago the term industrial policy was a bad word in Washington, and now it kind of makes sense.”

That unity in vision largely stems from the shock of the 2016 election. And perhaps consequently, the aims of the two presidents who have entered the White House since then are strikingly similar. Back during the Trump era, trade chief Robert Lighthizer used to talk about Americans being willing to pay a dollar more for a T-shirt if they knew it supported jobs stateside. In layman’s terms, that’s the same as saying pure economic efficiency is no longer the priority, and veterans of both administrations say the continuity is notable.

“Five years ago the term industrial policy was a bad word in Washington, and now it kind of makes sense,” said Ivan Kanapathy, who served on NSC staff as director for China, Taiwan and Mongolia from 2018 to July 2021. “But truthfully, if you go back before the postwar era, we did a lot of this. We just need to sort of flex those muscles, and it’s not as much about China as it is going back to our own history.”

Biden’s trade agenda is not just for domestic consumption, but export as well. In a reimagination of the aims of American trade deals, the White House team hopes to use commercial pacts to persuade other nations to increase wages and environmental regulations, flipping the script on decades of U.S. policy that sought cheap labor and lax rules.

They see the U.S.-Mexico-Canada deal — the renegotiated NAFTA that Tai herself shepherded through the House as a Ways and Means Committee staffer — as a model. And in some of Tai’s first actions under the deal, she moved to support unionization campaigns at three auto part factories, a novel use of trade enforcement to protect the right to organize in a foreign country. The action, USTR officials said at the outset, signified how the administration is “putting workers first and foremost in how we think about trade.”

If the White House ever ends its self-enforced moratorium on new trade negotiations, Biden’s team wants to use the principles of the USMCA to build a network of like-minded nations that agree to support higher wages, tougher climate and environmental rules, and digital economy rules. Countries that don’t live up to the rules — China, and now Russia — would be subject to higher tariffs and other trade enforcement, in an attempt to persuade American companies to choose more responsible business environments. In that way, the team hopes to end the “race to the bottom” in global trade where firms endlessly seek lower wages and looser regulations abroad.

But that’s a big “if.” Chastened by Obama’s TPP experience and eager to demonstrate his focus on American pocketbooks, Biden publicly paused all new trade negotiations at the beginning of his presidency. That moratorium continues to today, limiting Biden’s trade team to cleaning up Trump’s old disputes, such as striking steel and aluminum tariff deals with the European Union, Japan and the United Kingdom. Even Biden’s major Asia policy initiative — the proposed Indo-Pacific Economic Framework — is conspicuously unambitious from a commercial perspective. It’s “not a trade deal” the White House has repeatedly messaged, and will be narrow enough not to require congressional approval.

That skepticism of new trade deals has frustrated many corporate interests, who expected more of a change between Trump and Biden on trade, particularly when it comes to China. Many of them don’t buy into the idea that the age of unfettered globalization is coming to a close, and want to see tariffs removed and new market access negotiated for American firms abroad. But Tai’s recent visit to the Senate Finance Committee gave free traders little hope for a change in direction, sparking ire from even some in her own party.

“I’m for labor rights, I’m for enforcement, I’m for capacity building. But why can’t we be for opening market access right now and getting rid of tariffs?” asked Sen. Maria Cantwell (D-Wa.), whose state is a major exporter. “The biggest economic opportunity for the U.S. is to sell things outside of the United States. That means you have to have trade.”