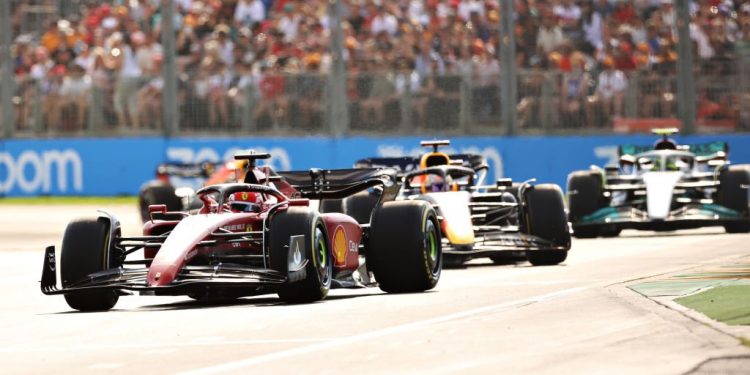 
What is the virtual safety car in F1? How does it work and why will the FIA deploy it during grands prix?

Racing a machine on a closed racing track, as 19 others try to do the exact same thing at over 150mph can be tricky.

Occasionally, an F1 driver will get things wrong and either hit the wall or stick the car in the kitty litter, bringing their race to an early end – or at least compromising it.

One tool available to the FIA to recover a stricken F1 car is the virtual safety car.

How exactly does it work, when will the FIA deploy it and why was it introduced in the first place?

Big incidents, such as multi-car pile-ups, or heavy rain will lead to the deployment of the full safety car – which collects the field up.

For relatively smaller ones such as debris, or a car needing to be pushed behind a barrier, the F1 stewards will deploy the virtual safety car.

Essentially, it is a system to slow the cars down to a safe speed while the problem is solved on the track.

Each car must slow to follow a delta time, with no overtaking allowed. It is about 30% slower than a normal race lap, with each circuit different.

If Lewis Hamilton is 8.432s ahead of Max Verstappen when the F1 virtual safety car is deployed, then Hamilton should be 8.432s ahead when the race goes green again.

The race can go green again at a random time once the ‘Virtual Safety Car ending’ message is shown.

Drivers can pit under the virtual safety car – and save time in doing so.

The pit-entry and exit are not subject to the speed limit imposed, with drivers able to save time in these areas.

It is how Sebastian Vettel leapfrogged Hamilton to win the 2018 Australian Grand Prix.

Why was it introduced?

The idea for a Virtual Safety Car in F1 came after the 2014 Japanese Grand Prix in which Jules Bianchi was fatally injured.

In worsening conditions at Suzuka, Bianchi’s Marussia struck a recovery tractor after Adrian Sutil had gone off at Turn 7 the lap before.

Bianchi aquaplaned off the track, and suffered ultimately fatal head injuries, to which he would succumb in July 2015, nine months later.

For incidents such as Sutil, and those which don’t require the full safety car, the Virtual Safety Car was developed in F1.

It was introduced in the 2015 season – and first deployed at Monaco.

Memorably, Verstappen ploughed into the wall at Turn 1 after misjudging his braking zone and collecting Romain Grosjean.

Hamilton dropped to third, in disbelief that a grand prix win in Monaco had been thrown away.

Rosberg won with Vettel and Hamilton completing the podium.

In other news, How to get Masters tickets 2023: Application process, dates and price