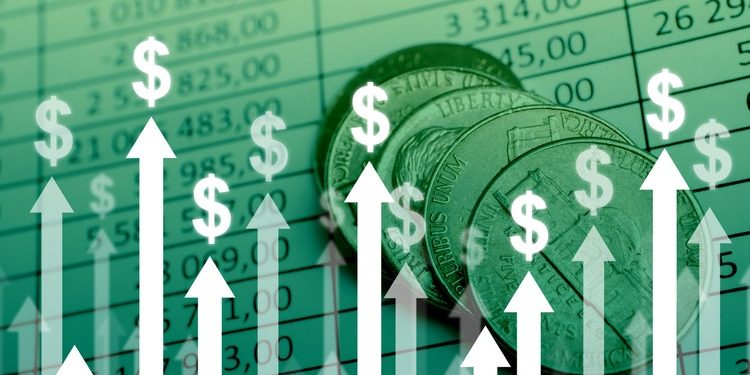 
What is influencing most Agricultural commodities?

Two big agricultural commodity movers over the last year have of course been coffee (JO) and wheat (WEAT). However, commodities such as cotton (BAL), soybeans (SOYB), and corn (CORN) have also been the beneficiary of a major bull market. These commodities have been demand-related but also influenced by one of the worst La Nina-based South American droughts in 30 years.

While worries over the Russia-Ukraine war and reduced plantings of wheat have helped to cause a massive spiral higher for wheat prices, it is really the Plains drought, inspired by La Niña that has helped this most recent leg up in wheat prices. In addition, the historically wet Fall in China last year caused wheat plantings to suffer.

Please feel free to see a video I did more than a week ago for clients who potentially made big profits from my advice on various wheat strategies.

Regarding the coffee market, there are many analysts who are still long-term bullish. Nevertheless, other than some wet weather that is hurting and delaying the Colombian crop (the second largest Arabica producer), there are still more bearish factors than bullish ones, in my opinion. This video helps explain what is going on.

So, here is a summary of the factors that are influencing the coffee market:

What are the factors resulting in the natural gas bull market?

There are many analysts attributing the stellar 70% rise in natural gas (UNG) prices over the last couple of months to the cold U.S. spring. We have not seen a consistent bull market in natural gas for years, but this rally is much more than just weather-related.

The Russian-Ukraine war has caused a major shift in the overall fundamentals of natural gas prices. Europe receives more than 50% of its gas from Europe and the geopolitical tensions are adding to the need for Europe to revamp some nuclear power plants, expand renewable energy production, and more importantly, import LNG (liquid natural gas from the U.S.). This is the first real “squeeze” in natural gas prices in years, and if this summer is hot, prices could reach over $10/BTU.

Following a very volatile U.S. winter with a warm early start, mixed mid-winter and cold late winter and early spring, natural gas (BOIL) is much more sensitive right now to geopolitical concerns, as well as tight U.S. supplies. In the months ahead, what happens with the western U.S. drought (hydropower concerns) and summer temperatures will have much more of an impact on prices again.

One can see on this chart just how volatile natural gas prices were to the weather this winter. Again, presently the major bull trend has been inspired by other factors, not just weather.

So where do we go from here in commodities?

In my opinion, we will remain in a bull market in many commodities deep into 2022. However, there may be some hiccups along the way. I would, however, be very careful buying natural gas on this huge rally considering the weather will turn warmer later in April and May and may result in a sell-off in a few weeks, first.

With respect to grains, these historically high prices are a wonderful opportunity for farmers to hedge part of their 2022 production. Nevertheless, my in-house computer software climatepredict.com continues to suggest weather problems for U.S. wheat crops but may offer farmers a better window to plant corn in May. After that, potentially hot summer could stress U.S. grain crops. Please feel free to play around with this program and refer to it in the months ahead.