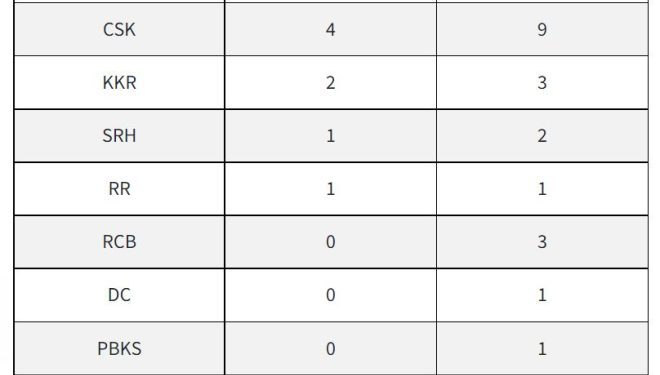 This IPL, which will be played over 65 days and runs till May 29, will feature 74 matches — 70 league matches, 3 playoffs and the final. It is 14 more than last year. The Tata IPL IPL is a 10-team league, as there are two additional teams in the fray — the newly inducted franchises Lucknow Super Giants and Gujarat Titans.

According to the schedule released by the IPL earlier this month, there will be 12 double-headers with the first match starting at 3:30 p.m. IST. All evening matches are scheduled to begin at 7:30 p.m. IST.

All matches in one State, and a new format

It may be recalled that the IPL 2021 was laid low for a bit after several players tested positive for Corona virus and tournament had to be halted mid-way in May last year. It was eventually shifted to the IPL’s favourite overseas venue UAE, and the remaining part of the tournament was concluded in October.

Thanks to that lingering fear of Covid, the League phase of this new edition will be played in a bio-secure environment at a single hub to avoid air travel.

All the 70 league matches will be played across four venues in Mahrashtra — Mumbai and Pune. The venues for the last four matches are to be decided later.

In the league phase, each teams will play a total of 14 matches (7 home matches and 7 away matches). Each team will play 5 teams twice and the remaining 4 teams only once.

The team’s classification allows for such a new format. The teams have been put in two virtual groups based on the number of IPL titles won followed by the number of final matches played by the respective teams.

Five-time IPL champion Mumbai Indians (MI) is the top-ranked team having won the trophy most times, followed by CSK, which has four titles.

For example, Group A side MI will play twice against KKR, RR, DC, LSG and also with CSK who are in the same row but in the next group. MI will  play once against SRH, RCB, PBKS and GT.

At the end of 70 matches, the four teams with the most number of points will qualify for the playoffs.

All the teams: No clear favourite

The teams, with new additions, wear a different look. Talking of the newcomers, Gujarat Titans will be led by all-rounder Hardik Pandya and coached by former Indian left-arm bowler Ashish Nehra. Lucknow Super Giants will be playing with KL Rahul as the skipper and former Zimbabwe Wicket keeper captain Andy Flower as coach.

Among the existing ones, Kolkata Knight Riders has a new skipper Shreyas Iyer, Punjab Kings too has a new captain in Mayank Agarwal. The biggest talking point in captain’s news though has been RCB. After Virta Kohli stepped down, the franchise has handed the captain’s hat to the South African Faf du Plessis.

You can check out the detailed squad of all the teams presented at the tail-end of this story.

This is one edition of the IPL that wears an open look without one outright favourite going into the tournament.

Disney Star Sports Network, which also owns the Disney+ Hotstar OTT platform, has worked out broadcast schedule for the IPL 2022 in 8 Languages. The IPL 2022 will be available live on all its 24 network channels and platforms in Hindi, English, Tamil, Telugu, Kannada, Marathi, Malayalam & Bengali. It has put together an 80-member commentary panel in different languages for the telecasts.

Among the talking points is the return of Ravi Shastri, the commentator turned Indian coach, to the commentary box. His last stint in the IPL as a commentator was seven years back. IPL legend from CSK Suresh Raina is one of the new additions in the commentary team in Hindi.

On App and OTT platforms

As we said, the matches will stream live on Disney+ Hotstar. You will need to have a VIP or premium account to be able to do so. You directly can subscribe to Disney+ Hotstar on its official website. Another way of having a subscription is by purchasing a Jio or Airtel Prepaid plan that includes access to Disney + Hotstar.

And here are some of the subscription plans for the platform:

To get access to the live stream, you should be a Jio sim card user with a prepaid plan. Here are some of the plans that you can get from Jio:

Here is the  list of Airtel plans that you can choose from if you want to stream the IPL live: