How to donate a car 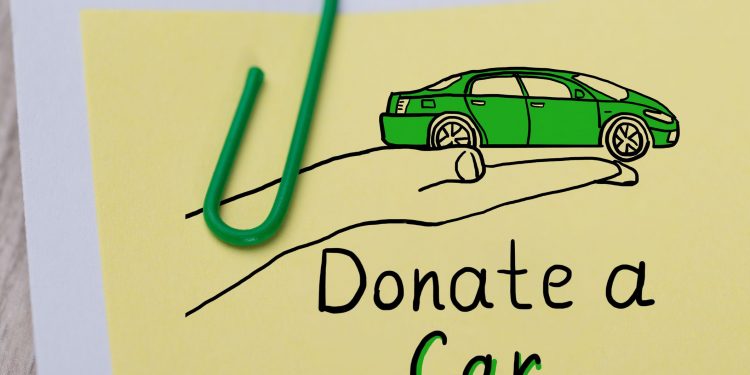 
Years ago, we had a family SUV that blew a head gasket. In mechanic’s terms, that’s really, really bad. The car would need a new engine, or we could scrap it. But it had four good tires, and the exterior was still nice. Our mechanic suggested donating it to a local boys’ ranch that had a mechanic program. There, teen boys would work on the car as part of their vehicle program, rebuild and swap engines, and boys in need would put the car to work on the ranch or sell it at a ranch auction, raising money.

It was the perfect resting place for our old SUV. Maybe you want to donate a car, too.

Watch Out for Fraudsters

While our mechanic knew of the ranch and recommended the transaction once our car was tapped out, you might not know where you should donate but simply want to unload an old car and get a tax break for your generosity. In that case, you’ll have to look out for shady car-donating companies. While a variety of charities accept cars and put them or the cash they rake in to good use, others have a sketchy reputation.

In some cases, most of the money goes toward administration costs or staff salaries rather than to people in need. Plus, experts say you probably could help more by selling your car outright and donating the money, which sort of defeats the whole purpose of donating a car.

If you still want to donate the car, do your homework. First, approach charities that you know and like, to see if they accept car donations and what they do with them. If they don’t, do your due diligence in checking out known companies that request car donations. You’re looking to deal with a charity directly, not with a middleman. You’ll want a nonprofit rather than a for-profit company, which might not use the bulk of the money in the way that you would prefer. Also, see what their reputation is like, check out their reviews, and look them up on the Better Business Bureau website and watchdog sites like Charity Watch.

Once you find the right charity, get in touch and offer to donate your car. They’ll let you know whether they’re currently accepting cars and how the process works. If anything feels off, you can always walk away from the deal.

Where Does Your Car End Up?

Once a charity hauls off your car, it typically has one of these fates:

Always feel free to ask what happens to your car. If you’re not satisfied or get a vague response, look elsewhere.

What You Need to Know About the Paperwork

The Internal Revenue Service (IRS) has some specific rules about donating a car. Also, you will need to find out the fair market value of your car. There are a few websites where you can enter your car’s year, make, model, features, and condition and come up with its fair market value, including Kelley Blue Book, Edmunds, and others. To take a write-off, you must donate to a 501(c)(3) charity. Plus, you must itemize your deductions on your tax return to take advantage of the tax write-off.

If the value of the car is greater than $500, you’ll need to complete Section A of IRS Form 8283 and file it with that year’s tax return. And if the car is particularly valuable—over $5,000—you’ll need to fill out Section B of the form and get an independent appraisal.

Of course, you’ll sign over the title to the charity organization (another chance to make sure it’s a legit transaction going to the charity you chose, rather than to a middleman) when the charity collects the car, or you drop it off if it’s running. You also must get a receipt to prove that you donated the car. To be extra cautious, you also might want to snap a picture of the exterior and mileage just in case there is any problem down the road.

Donating an old car can be a great way to get it off your hands and feel good about it. It was especially easy when my mechanic recommended it, so if you’re really motivated on giving to charity and want to donate the car, then go ahead and do it. Just make sure to follow the rules so that you’re confident about where the car is going and what’s being done with it—and you get the proper tax break when you file your taxes.