How To Earn Millions Of Studs Quickly In Lego Star Wars: The Skywalker Saga 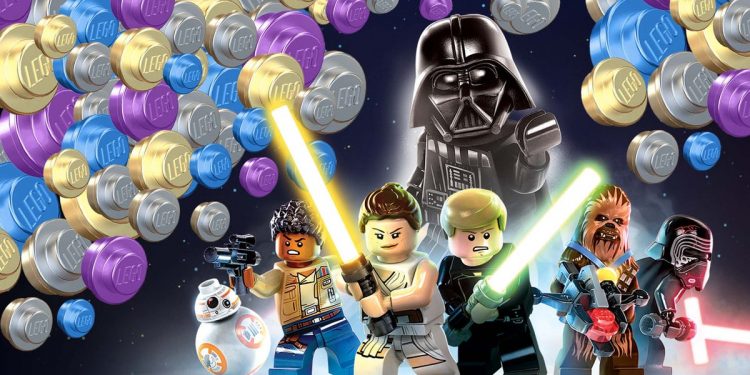 
Lego Star Wars: The Skywalker Saga is a very good game. In fact, I’d say it’s probably one of the best Star Wars games ever made. A big reason why is that it contains such a rich assortment of characters and ships from all the films, from the most widely known to those only true Star Wars diehards have heard of. However, many of these are locked and must be bought using studs. Other things in the game, like upgrades and extras, also require studs to unlock or access.

Studs aren’t a new concept introduced in Skywalker Saga. These tiny little bits have been a staple of Lego games since the original Lego Star Wars was released all the way back in 2005. In that game and every TT-developed Lego game since, studs have been used as a currency to unlock nearly everything. That means you need a whole lot of them, especially for some of the more expensive extras or secrets.

So here’s a quick and easy way to get millions of studs in a short amount of time!

Before we go any further, I do recommend you play through the entire Saga — all three trilogies — prior to grinding for studs. A few reasons. For one, you’ll learn how to play the game and in the process unlock access to a bunch of characters. For another, you’ll earn a ton of studs just by playing everything, which will help you earn even more studs!

But if you’re impatient, just start on Episode IV: A New Hopewhich is available right out of the gate when you start the game, and play through all five levels found in that episode. The final level, “Stay On Target,” is the best way to farm studs I’ve found in Skywalker Saga.

Even without any upgrades, you can effortlessly earn around 100,000 studs or more each time you complete it. And it’s a very easy, straightforward level. You just hold the trigger on your controller, fly forward, and shoot everything: turrets, ships, etc. After a few minutes or so you’ll reach an open area that requires you to blow up four exhaust vents using proton torpedoes. After that, you fly for a few more seconds, blow up the Death Star, and the level is done.

Run this 10 or so times without any upgrades and you’ll wind up with over a million studs. But you can make so much more. First, though, you’ll need to unlock some extras, and to do that, you’ll need to grab a few data cards. These are well-hidden collectibles spread across all the planets in the game. Many people have already uploaded great guides detailing where to find them, like this easy-to-follow video. So use one of those to help you search. Once you have at least one, you can unlock your first stud multiplier. These come in five variants: x2, x4, x6, x8, and finally x10, and their properties stack, so once you’ve got a few going, your profiting potential really skyrockets.

However, some of these are very pricey. (The x10 multiplier costs a whopping 384 million studs.) So start with the more affordable x2 or x4 depending on how many studs and data cards you have. Now, with some multipliers active, go back and rerun “Stay On Target” and you’ll quickly be flooded with studs. With just x2 and x4 multipliers active, I’ve earned well over 1 million studs a run. And I’ve seen folks who have more of them unlocked end this mission with 100 million studs or more.

Pretty quickly, you can earn so many studs using this method that you’ll never run out again, even after buying everything available. Now, would a goody-two-shoes Jedi do something like this? Probably not, but whatever. After using this method, you’ll own all the Lego Jedi in the galaxy so who cares?!

S. Korea to remove most virus restrictions as omicron slows