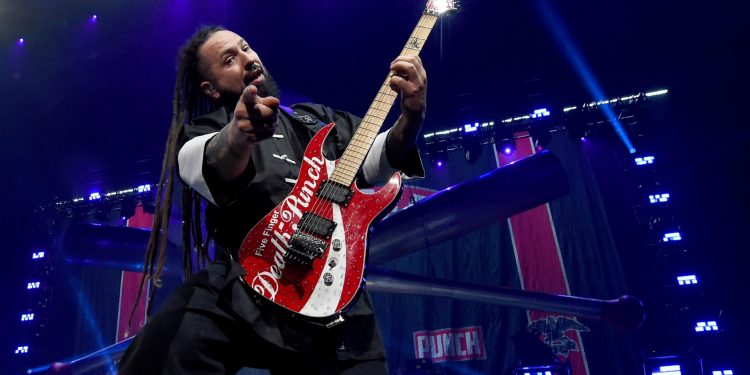 
Five Finger Death Punch will be touring the US starting April 19th and if you’re planning to watch them perform, we have all the details regarding the tickets and the presale code required to get them.

The band also announced their upcoming album, AfterLifewhich is slated for a release later this year.

Here’s how you can get the tickets for the Five Finger Death Punch 2022 US tour.

How to get the presale code

Upon joining the Legions Fan Club, you will receive exclusive access to presale tickets through the code.

The Fan Club is available on Apple, Android, and Google Playstore.

Furthermore, premium members of the Fan Club will get additional perks throughout the year.

The general tickets for the Five Finger Death Punch US Tour will go on sale on April 15.

They can be bought from verified ticket-selling sites such as Ticketmaster, Live Nation and Seat Geek.

The prices for the general tickets haven’t been disclosed and are only available for fans with access to the presale.

But, Seat Geek reports that the tickets will cost $92 on average. They may, however, vary depending on the locations.

Fans react to Megadeth joining the band on tour

Five Finger Death Punch’s announcement about Megadeth opening their shows on their tour has received a lot of attention from fans, who aren’t too pleased about the duo joining forces.

One fan joked: “Megadeth opening for Five Finger Death Punch is a sign of the apocalypse”

“Megadeth is going on tour with Five Finger Death Punch. Megadeth aren’t even the headliners. That’s the joke,” wrote another.

In other news, Memes take over Twitter as US inflation hits fresh 40-year high

How to Show Empathy: Advice for ADHD Brains

How to Show Empathy: Advice for ADHD Brains