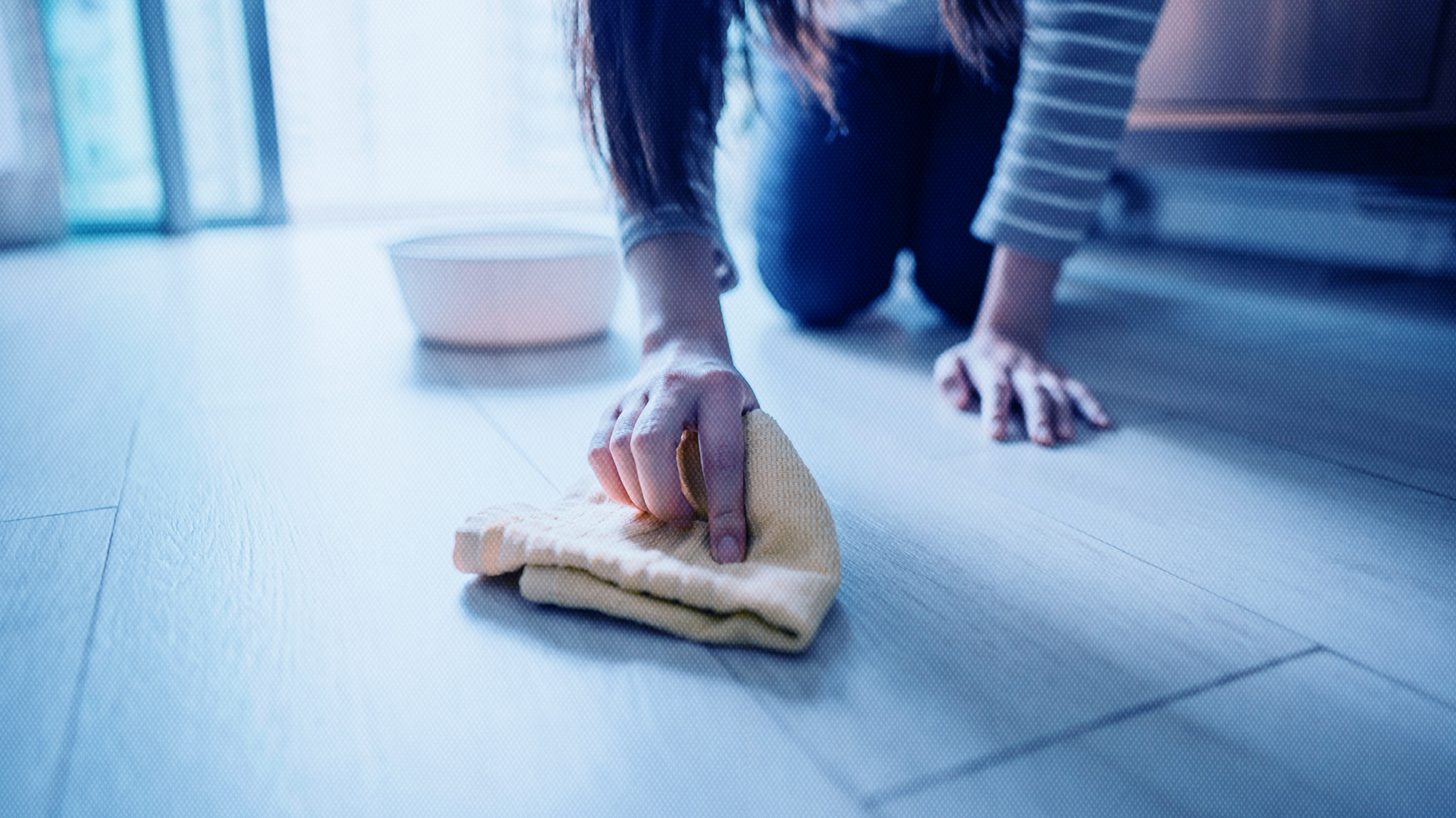 “Help! The lady who was renting my duplex said she would only smoke outside. She just moved out — and it reeks! What do I do?”

This is a real conversation with a part-time housing provider who thought having “no smoking” in the lease would protect her, and now she is faced with walls covered with yellow nicotine stains. And let’s face it, it just plain stinks.

So how do you remove smoke residue when selling or renting a smoker’s house?

According to realtor.com, smoking in a home can reduce the resale value by 29 percent because not only is all that smoke unsightly and sticky, you can also still breathe in the harmful carcinogens in cigarette smoke that’s still in the house.

So, if you are selling a smoker’s house, you will want to deploy some or all of these tips to de-smoke the house before you put it on the market.

Getting the smoke residue out is not just about the smell

While many smokers just do not notice the smell because they become desensitized to it, most buyers will take one whiff, turn around and walk out. They not only can’t take the stink, but many understand that the smell means they are breathing in carcinogens that are harmful to their health.

According to Joshua Miller with Rainbow International, a home restoration company, the harmful carcinogens from the smoke will linger in the dust, on the walls and other surfaces. Then, when pets or small children are in the home, touching everything and then putting their hands in their mouths, it gets dangerous.

All the pollutants could remain months after the home is cleaned and vacant, so just “airing it out” is not going to cut it.

How to remove smoke residue

While washing the walls can help, it’s not going to solve the problem. There is much more to it than that. Often, particles are absorbed into surfaces and need to be completely removed or sealed in.

Here’s what our team has learned from talking to other home renovators, and through trial and error in our own efforts renovating numerous homes where a chain-smoking homeowner lived and smoked inside for years.

There are various articles with tips on how to remove smoke residue, and many of them say you can wash soft surfaces to get the smell out. For things like clothing and curtains, this might work, but it’s doubtful. However, when it comes to carpets and soft furniture, you might find yourself unable to get the smell out. (Maybe all these articles are referencing each other and never actually tested it.)

The absolute best way to get the smell out of the carpet is to remove the carpet and pad, and for upholstered furniture, that has got to go as well. (This tip goes for cat urine as well.)

Wash the walls and ceilings to remove smoke residue

This method is labor-intensive, and it does not always do the trick.

Start with opening the windows and getting some ventilation going, so the smell and the carcinogens don’t overwhelm you. Then, mix up a good cleaning solution — like vinegar, water or something mixed with trisodium phosphate (TSP) — and scrub the walls and ceilings.

If the ceiling is covered with that popcorn stuff, and it is from before 1990, you might want to have it tested first for asbestos, as much of the older materials sprayed on ceilings contain this even worse carcinogen.

Kilz the walls and ceilings to seal smoke residue in

After a good scrubbing, the walls and ceiling may look better with no more yellow stains. However, you will probably still have a lingering smell of smoke residue.

One option would be to take the walls out, but that’s really hard and costly, so our other option is to seal the smell in. The best way to do that is to paint over everything with a good primer coat of a product called KILZ.

Just make sure you have particularly good ventilation as you work on this because this stuff has a smell that can do you in much faster than the smoke residue — at least until it dries. Then, you can paint over the KILZ to make it all look pretty again.

If you find that whatever is covered is just no longer in style, you may want to have it professionally removed and replaced. Think: popcorn ceilings, wallpaper, light fixtures, etc.

And if you are going to open up walls to possibly update plumbing, wiring, or insulation, replacing the surface of the walls (be it drywall, plaster, or paneling) is often the best solution for getting rid of the smell.

Cleaning the floors and other hard surfaces of smoke residue

There are a lot of other hard surfaces in the home, and for us, we quite often just take them out and replace them with new ones. They are so dated anyway, and the money spent to get them clean may be more effective if used to update with newer styles for resale.

But for surfaces that you are not quite ready to replace, it’s time to grab that vinegar and water solution or TSP product, and start scrubbing to remove the smoke residue from doors, knobs, handles, windows and frames, light fixtures, light bulbs, fans blades, appliances, counters, cabinet doors, windows and hard furniture.

Now, for floors like hardwood, vinyl and ceramic tile, you might want to consult with a steamer company and have them steam-clean these hard surfaces. You can also have your steamer contractor clean tile backsplashes, and shower and tub surrounds as well.

HVAC systems have smoke residue too

HVAC stands for Heating, ventilation and air conditioning, and these need to be cleaned as well. Often, when dealing with a smoker’s house that is rather old and has not had a lot of upkeep, you may find the HVAC components need to be replaced.

But you will still have all those feet of metal ducts inside the walls and between floors that are covered with smoke residue on the inside that must be cleaned so you can remove the smell of smoke.

You can hire a company to clean the ductwork. They will bring in a device that looks something like a giant bubble and run a big brush through everything. They’ll also use powerful fans and suction to get the residue off the insides of your ductwork. FYI: You might scare the neighbors when they see this setup in your yard.

After you get the HVAC System cleaned or replaced, make sure to replace the furnace filters with a high-quality HEPA version regularly to continue to clean smoker residue as well as all that dust from renovation.

In fact, you might put in a clean filter and turn the fan system on the air handler on and let it run for 24 hours to see if that helps at the start of your cleaning project. Keep changing the filter for new every few weeks until you have completed all your de-stinking process, as the filters can get very dirty, really fast.

Clean the air with an ozone generator

Ozone was recommended to us by a friend. Just be super careful. Get out of the house while the process is running. And vent the house before you come back in. Breathing in ozone is not good for you, but it does wonders for getting smells out.

The ozone generators had their recommendations on the package of three to six hours. Our friend, however, had several steps to the process and recommended longer.

This ozone process worked for us, but we had also taken all the previous cleaning and replacement steps to have the cleanest possible surfaces.

If you are selling or re-renting a smoker’s house and are faced with getting rid of the smoker residue, you have a few options. You can do all the work, you can hire someone to do all the work, or you can skip it and sell it to a homebuyer who fixes up houses. like we do.

You just need to weigh your ability, your time and your money to determine which is the best route for you.

Kim Tucker is a marketing manager at kcmoHomeBuyer in the Kansas City metropolitan area. Connect with her via Facebook or LinkedIn.

Dr. Sonja Cherry-Paul: Using ‘Stamped (For Kids)’ to Have Age-Appropriate Discussions About Race