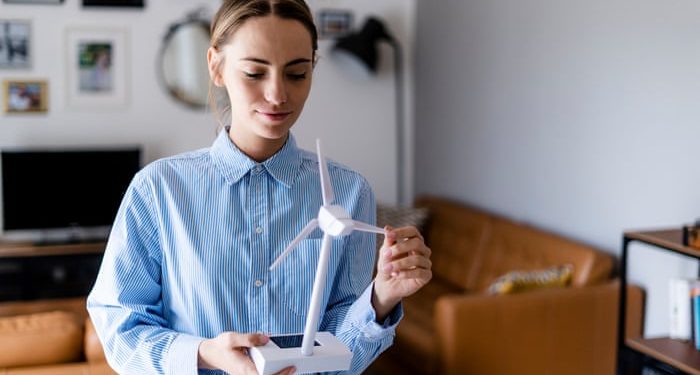 
Corporate greenwashing might be endemic, but plenty of companies don’t actually want to make false claims about their environmental and social credentials. Some want to demonstrate to sceptical consumers that they genuinely walk the talk when it comes to sustainability. Others want to withstand increased scrutiny from investors and other stakeholders.

But all businesses will need to convince regulators and watchdogs. Specifically, they need to ensure their disclosures on environmental and social matters comply with a plethora of sustainability standards and directives. The trouble is, the recent proliferation of rules and regulatory frameworks can be confusing – with acronyms and initialisms that are not so much an alphabet soup as an alphabet monsoon. Step forward GRI, WRI, TCFD, SASB, SFDR, WBCSD, CSRD, WEF, CDSB, CDP, IIRC, VBA and GHG.

Glossaries and guides can help businesses decipher the new regulatory frameworks, but sometimes the best way to avoid feeling overwhelmed by it all is to understand the context rather than the minute detail. What exactly are all these standards seeking to do? Why are there so many of them? How do they fit together? And why do they all have such confusing names? Seeing the bigger picture can give businesspeople the confidence to start properly addressing their own compliance as voluntary sustainability reporting evolves into mandatory disclosures.

Businesses often bemoan regulations as so much cumbersome red tape. So, the first step is to understand how these new standards and frameworks can be helpful for businesses rather than a hindrance. Plenty of companies that don’t want to be greenwashing might welcome greater regulation over environmental, social and governance (ESG) factors because it can offer clarity and level the playing field. If everyone must adhere to the same standards and definitions, there’s less scope for some companies to gain an unfair advantage over those that are genuinely investing effort and money into being more sustainable.

Common standards and reporting frameworks can also help other stakeholders assess and compare different businesses. Customers, employees, and investors have all come to expect companies to face up to today’s environmental and social challenges, and gauging their relative performance requires common yardsticks.

But of course, if comparability is so crucial, then why the plethora of different standards, bodies, and acronyms? Well, for one thing, assessing companies’ performance against environmental and social criteria is still relatively new – and the novelty isn’t simply about responding to market trends, but a planetary emergency. The sheer urgency of the climate crisis and the transition to a clean energy economy means standards and regulations have had to be drawn up at speed, and there hasn’t always been time for greater coordination between different jurisdictions and oversight bodies. Standards are still evolving. Some are only just being introduced. In March, the US Securities and Exchange Commission unveiled its own Climate disclosure proposal, which would expand US public company reporting rules to include climate-related disclosures in company filings. The EU’s Corporate sustainability reporting directive (CSRD) only came into (partial) effect in January.

However, once upon a time there were myriad national accounting standards for financial reporting before they broadly converged into today’s widely-used Generally Accepted Accounting Principles (GAAP) and International Financial Reporting Standards (IFRS) frameworks. So businesses need not despair at the deluge of ESG standards and acronyms – globalised investment and trade makes some convergence very likely. Indeed, during last November’s COP26, the IFRS Foundation – which has been instrumental in the standardisation of financial reporting – announced the formation of an International Sustainability Standards Board (ISSB) for sustainability reporting.

Moreover, the plethora of different climate disclosure standards mask the fact that many of them are built upon a common framework – the Task Force on Climate-related Financial Disclosures (TCFD), which was set up by the international Financial Stability Board back in 2015 when it became clear that the climate crisis posed such serious economic and financial threats. The TCFD lays out a framework for disclosing and reporting on emissions, governance, targets, metrics and risks – and it was specifically designed to help national regulators and watchdogs to hit the ground running when formulating their own standards, so that they wouldn’t need to spend the years of consultations and wrangling that regulations so often take. Indeed, the TCFD framework has informed other sustainability reporting standards, including in the UK, New Zealand, the EU’s CSRD and the US Securities and Exchange Commission (SEC).

In the same way, individual companies can also voluntarily adopt the TCFD framework for their own disclosures to gain a strategic head start before the imposition of national and local regulations.

As well as providing a common ground between different regulators and standards, the TCFD also helps bridge financial and non-financial factors so that climate risks can more easily be viewed in financial terms – which makes them easier for people to compare than raw scientific data on, say, a company’s carbon emissions.

The importance of finance as a key engine for tackling the climate crisis is also illustrated by another standard: the EU Sustainable Finance Disclosures Regulation (SFDR), which requires financial institutions such as banks and pension funds to report on the sustainability of the companies they invest in. Curiously, these rules on investors came into force before the CSRD rules that required companies to disclose that very information – so some businesses might be forgiven for thinking that, confusingly, the cart was put before the horse. (Moreover, the EU introduced both these sets of disclosure requirements before establishing its green taxonomy that defines what kinds of business and economic activity count as genuinely green or sustainable, and to what degree.)

Nonetheless, financial institutions have often proved very effective at pressuring the companies they invest in to disclose more robust sustainability data, even before such disclosures have become mandatory. So in this instance, putting the cart before the horse may well have accelerated some companies’ efforts to confront and tackle the climate emergency.

Meanwhile, the overall scope of sustainability reporting is widening. As well as greenhouse gas emissions, world leaders at COP26 also pledged to end deforestation by 2030. There have also been recent measures to curb plastic pollution and spur the development of a circular economy, such as the UK’s plastic packaging tax (PPT).

But if the plethora of standards are simultaneously likely to evolve, converge and widen in scope, businesses might wonder why they should bust a gut to comply with them? There are countless reasons: it’s the right and moral thing to do; it will help businesses manage risk and improve their strategic planning more generally; it will likely make it easier to attract financial investment as well as helping to retain conscientious employees and eco-conscious consumers. And, of course, it’s becoming more and more mandatory.

Find out more at sap.com/sustainability