How to Know If the US Real Estate Market Will Crash 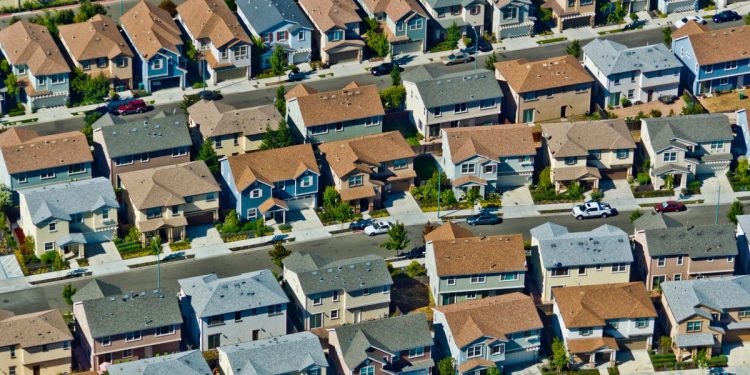 
You may have heard, the US housing market is booming.

But booms often end in a bust, and the housing situation across the country has led experts to debate the possibility of the whole market imploding.

As the number of homes available for sale continues to fall short of historically high demand, talk has been simmering for months about whether or not the real estate market is bracing for a crash.

Google searches for “housing bubble” soared during March as the Fed raised its benchmark interest rate for the first time during the pandemic, setting mortgage rates on an upward path.

So what is a housing bubble, how did the US get here, and what will happen if it bursts?

The most recent housing bubble is borne out of a severe imbalance in the real estate market.

It is somewhat different than the housing bubble that preceded the 2008 crisis, when a combination of cheap debt, perverse incentives among

and complex financial engineering led to many borrowers being placed into mortgages they could not afford.

When that bubble burst, it triggered a foreclosure crisis among homeowners, as well as a credit crisis among the investors who owned bonds backed by these underwater mortgages. The end result was a global

Today, the problem is a bit simpler: housing supply is unable to meet demand.

Spurred by cheap mortgage debt and the need for more space, buyers are clamoring for a limited amount of inventory, and home sellers capitalize on that by raising prices. Since 2020, buyer competition has intensified, sparking bidding wars and crushing affordability, especially for first-time buyers.

The concern of a bubble bursting is when — and how quickly — the market rebalances. An abrupt shift could result in turmoil. For example, if prices see a sudden sharp decline, many people who recently bought a place could suddenly be paying for a mortgage that is worth more than their house.

While the events that led to the housing crash of 2008 differ from the issues plaguing the housing market today, talk of a bubble bursting is again on the rise.

Bank of Dallas published a report suggesting that although the underlying causes of home price growth differ from those during the last housing boom, there is growing concern that US house prices are again becoming unhinged from fundamentals — meaning that buyers are increasingly purchasing homes out of the fear of missing out, rather than based on their fundamental value or their own ability to afford them in the long run.

“Our evidence points to abnormal U.S. housing market behavior for the first time since the boom of the early 2000s,” the Fed researchers wrote.

The affordability crisis could lead to the bubble bursting

“Housing affordability fell to a decade-low during the third quarter of 2020,” Robert Dietz, the SVP and chief economist of the National Association of Homebuilders, told Insider. “Given that interest rates are expected to increase, housing affordability will be under additional pressure in 2022.”

While home builders are slowly increasing housing supply, the recent uptick in mortgage rates is likely to put additional pressure on affordability. With the median US listing price sitting at an all-time high of $405,000, that may be unsustainable as buyers adjust to the prospect of higher monthly mortgage payments.

“The housing market is in the early stages of a substantial downshift in activity, which will trigger a steep decline in the rate of increase of home prices, starting perhaps as soon as the spring,” Ian Shepherdson, chief economist and founder of research consulting firm Pantheon Macroeconomics, wrote in a research note.

While the result may not be as severe as the Great Recession that came after the 2008 housing bust, there would still be consequences. As houses are the among the largest sources of wealth for many Americans, a plunge in home prices could lead to a serious wealth destruction that could take people many years to build back up.

Housing is also a driver of economic activity more broadly, with consumer spending usually rising when the housing market is strong. If the market declines, that would be another economic headwind among many for the US as it climbs out of the pandemic.