How to Live With Regret (and Learn From It) 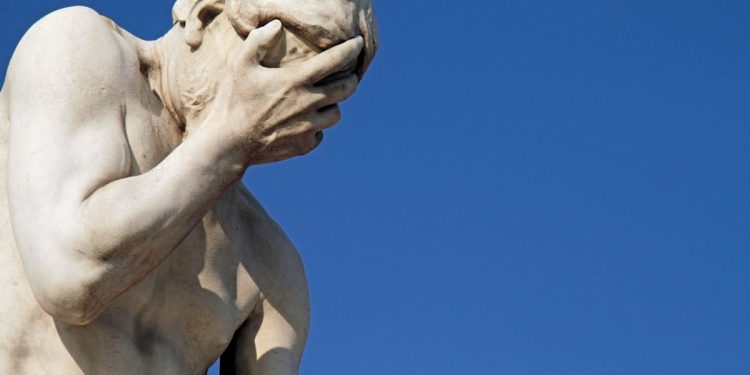 Once upon a time, motivational posters adorning the walls of guidance counselors’ offices and office cubicles told us that “failure is not an option.” But at some point, that messaging eased up on failure, but found a new worst outcome: Regret.

Failing was now an option, as long as it meant that you at least tried to accomplish a goal of yours. Because if you didn’t try, then it’s something you’ll definitely regret. And regrets are what haunt you on your deathbed. (Or something like that.)

In reality, however, regret is a part of life, and anyone who says they have no regrets is probably lying (and should regret that). And though it may be unpleasant, it’s not only possible to live with regret, but also learn from it. Here’s how to do that.

How to live with regret

The idea that we should do whatever we have to in order to live our lives without regret presents us with a no-win situation, according to clinical psychologist John Amodeo, PhD.

“Believing that we shouldn’t experience regret places us in double jeopardy,” he wrote in a 2018 article for PsychCentral. “We experience them and wonder what’s wrong with us for having them. If we have no regrets, then we either haven’t been paying attention or are living in denial. We all screw up sometimes.”

In addition to normalizing regret as a run-of-the-mill human emotion, it also helps to approach it as chance for self-improvement. Or, as Amodeo put it, “using [regret] as a doorway to increase our understanding of ourselves, others, and life itself.”

How to learn from regret

First of all, ignore the motivational posters and #NoRegrets social media posts, and reframe how you think about regret. Instead of regret being the equivalent of failure, we should look at it as a learning opportunity — specifically, a chance to improve our decision-making skills.

Let’s say someone makes a business decision without taking the time to think through the potential risks and benefits. Technically, they could have gotten lucky, and have everything turn out they way they had hoped. But in this scenario, that doesn’t happen, and results in them regretting their hastily-made decision.

Research, including this 2008 study, tells us that after that experience, the person will likely learn from their mistake, and put in the time and effort to think through their next major business decision. Or, if we regret behaving or treating someone a certain way in the past, the idea is that we’ll dislike sitting with that regret so much that we won’t behave that way again.

Why Super Bowl uses Roman Numerals instead of Arabic ones

Why Super Bowl uses Roman Numerals instead of Arabic ones