How to protect your trees from invasive beetles killing urban forests 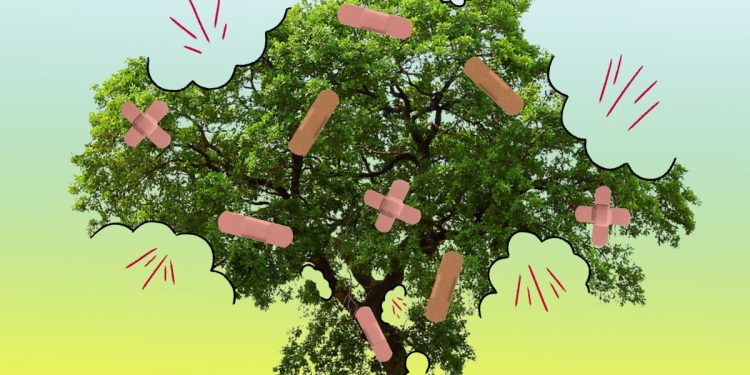 
The names of these tree-destroying beetles are ominous enough — goldspotted oak borer and invasive shothole borer — but the real nightmare is what they’re doing to our urban trees.

“They’ve killed hundreds of thousands of trees” since these invasive beetles were discovered in Southern California nearly 20 years ago, said Beatriz Nobua-Behrmann, urban forestry and natural resources advisor for UC Cooperative Extension for Los Angeles and Orange counties. “They basically wiped out all the native willows in [San Diego County’s] Tijuana River Valley in just a year. We need people to be vigilant.”

The goldspotted oak borer (a.k.a. G-SOB) has been found in three varieties of oak trees in Southern California: canyon live oak — the most widely distributed oak in California — coast live oak and California black oak. The beetle was discovered in San Diego County in 2004 and likely arrived in California in firewood brought in from Arizona or Mexico, researchers say. The G-SOB larvae feed on the cambium layer beneath the bark, which is vital for the tree’s health and growth. A large enough infestation eventually kills the tree.

Researchers believe the invasive shothole borer arrived in wood pallets or products from Vietnam and/or Taiwan. It was discovered in the Whittier Narrows in 2003 and has been spotted as far south as San Diego County and as far north as Santa Barbara County. It’s far less picky than G-SOB beetles. Invasive shothole borers have sickened at least 65 varieties of SoCal urban trees — such as box elders, maples, willows, sycamores, oaks and cottonwoods — by infesting them with their primary food source, fusarium fungus. Beetles “farm” the fungus, eventually blocking the tree’s vascular system, shutting off the flow of water and nutrients, which causes branches and then the entire tree to die.

The UC Agriculture and Natural Resources program has a primer for how people can spot infestations of G-SOB and and lists the trees most susceptible to the shothole borers, which include native and non-native varieties. Here are some tips from Nobua-Behrmann:

—Look for trees that have dieback — dead or dying upper branches — plus tiny holes in the trunk or larger branches and rust-colored stains on the trunk. G-SOB beetles make a D-shaped exit hole.

—Trees with a light infestation can be pruned or treated with insecticides to kill the beetles, but if they have dead branches and more than 150 exit holes, that’s a good indication that the infestation may be too severe to be treated. In that case, the best option is to cut the tree down, or at least remove the dead branches.

—Call your county’s cooperative extension office, master gardeners’ program or agricultural commissioner office, or consult this list of certified arborists provided by the International Society of Arboriculture at treesaregood.org.

State of the Union: Everything we know about Joe Biden’s address to Congress