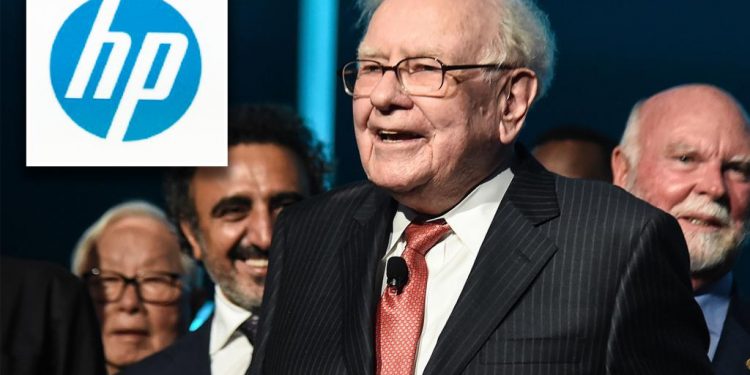 
HP’s stock soared to a record high on Thursday after Warren Buffett’s Berkshire Hathaway revealed it had taken an 11.4% stake valued at about $4.2 billion in the maker of personal computers and printers.

Separated in 2015 from the former Hewlett-Packard, HP is a traditional technology stock that has benefited from increased demand as people spend more time working and being schooled at home.

Buffett has until recently struggled to deploy more of the $146.7 billion cash pile his Omaha, Neb.-based conglomerate had accumulated, citing high market valuations and competition from private equity and other investors.

But in the last month, Berkshire said it has committed approximately $22 billion to major new investments.

These include a 14.6% stake in Occidental Petroleum Corp. and an $11.6 billion purchase of insurer Alleghany Corp., Berkshire’s largest acquisition since 2016.

Buffett’s company also owns dozens of businesses including Geico auto insurance and the BNSF railroad, and ended 2021 with a $161.2 billion stake in iPhone maker Apple.

“Berkshire Hathaway is one of the world’s most respected investors and we welcome them as an investor,” HP said in a statement.

Berkshire did not immediately respond to requests for comment.

“HP operates in markets that are challenging to (durably) grow at heightened rates, so focusing on margins and returns are the best way to reward shareholders,” Cash said. “Within tech, HP can be considered a value play.”

Berkshire repurchased $27 billion of its own stock in 2021.