HRT will be sold over the counter for first time 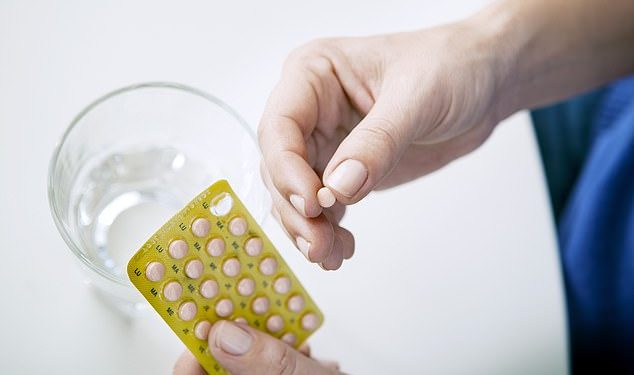 Hormone replacement therapy (HRT) is set to be sold over the counter for the first time, it was claimed today.

But only one in ten are prescribed HRT, which is currently only available following a consultation with a GP or specialist.

Britain’s health regulator is now poised to reclassify the treatment, however, so that women can get it from a pharmacy without a prescription.

Charities said the move — reported by the Daily Telegraph — was a ‘good thing’ but warned they did not want women to ‘self-diagnose’ whether or not they needed the medication.

HRT, available in the form of tablets, skin patches, gels or creams, works by boosting levels of hormones in the body that drop during the menopause.

The pending move to make HRT available over the counter follows the Medicines and Healthcare products Regulatory Agency (MHRA)’s decision to make the Pill available without a prescription. 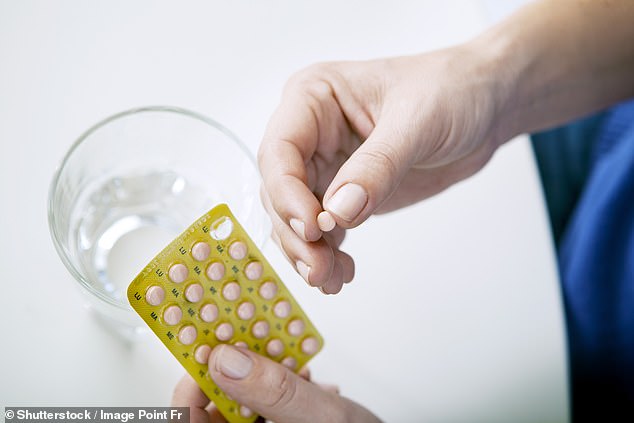 All you need to know about the menopause

Menopause is when a woman stops having periods naturally and is no longer able to get pregnant naturally.

It is a normal part of ageing and usually happens between the ages of 45 and 55 when a woman’s levels of the sex hormone oestrogen drop.

Women are advised to see their GP if their symptoms are difficult to manage.

Treatments doctors can provide include hormone replacement therapy, such as tablets, skin patches and gels that replace oestrogen.

Menopause occurs when a woman stops having periods, meaning she is no longer able to get pregnant naturally.

The process — which is triggered by the ovaries producing less oestrogen — is a natural part of ageing and usually occurs between the ages of 45 and 55.

The NHS says many menopausal women will suffer from a catalogue of symptoms, some of which can be ‘severe’.

HRT is one way of treating the symptoms. It restores the levels of female hormones, bringing relief to hundreds of thousands of women each year.

Doctors warn some types of HRT can raise the risk of breast cancer, but insists that the benefits outweigh the risks.

The Telegraph claimed the aim of making HRT available to women over the counter was to improve access.

Reacting to the news, Haitham Hamoda, chair of the British Menopause Society, said: ‘Improving access to HRT is a good thing.

‘But it is really important that women can access all the help and advice they need.

‘It’s great there is so much conversation about menopause now, and people are far more open about it.

‘But we don’t want this to come down to a question of self-diagnosis – it’s really important that those thinking about starting HRT get the right information.’

Clare Murphy, chief executive of the British Pregnancy Advisory Service, said: ‘Improving access to HRT as well as abortion and contraception is really important for women, so this is extremely welcome news.’

The move comes after a lengthy campaign to improve access to HRT and reduce the cost for those who receive it on prescription.

And it follows on the heels of the contraceptive pill being made available over the counter for the first time since it was licensed 60 years ago.

The MHRA approved two brands of the contraceptive, called Lovima and Hana, to be made available without written authorisation.

MPs said at the time that the change would reduce the risk of unplanned pregnancies and abortions, and relieve pressure on GPs.

A spokesman for the Department of Health and Social Care said: ‘We understand that, for some women, menopause symptoms can have a significant impact on their quality of life and we are committed to improving the care and support they receive.’

The spokesman added that the menopause and improving access to HRT would be a ‘priority’ under the new Women’s Health Strategy, which is being developed.

How to Add Perlite to Your Soil (and When You Should)

How to Add Perlite to Your Soil (and When You Should)