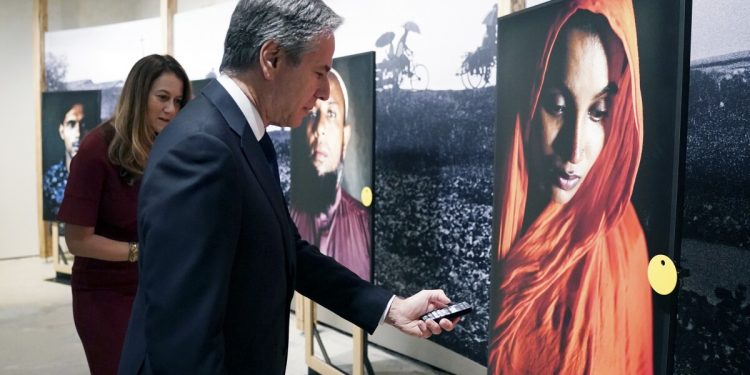 Countries in Latin America came under particularly harsh criticism in the U.S. State Department’s annual report on human rights, with allies such as Mexico and adversaries including Nicaragua facing similar opprobrium.

The report released Tuesday was the first in which the Biden administration evaluated a full year of countries’ behavior since taking office.

It zeroed in on many of the widely denounced human rights abuses, including the killing of journalists, discrimination against LGBTQ people, targeted murders of women, and widespread violence fueled by drug traffickers, but largely ignored by the government of Mexican President Andrés Manuel López Obrador. The annual reports examine actions from the previous year.

“Impunity and extremely low rates of prosecution remained a problem for all crimes, including human rights abuses and corruption,” the report said, noting that culprits are rarely brought to justice in some of the most notorious killings, torture and other atrocities. “There were reports some government agents were complicit with international organized criminal gangs, and prosecution and conviction rates were low for these abuses.”

Under the administration of former President Trump, however, Mexico largely got a free pass in the report as long as it cooperated with U.S. efforts to block migrants from crossing the southern border.

Nicaragua, which has not been a U.S. ally for years, has seen a recent increase in the abuse of citizens’ rights under the government of President Daniel Ortega, including freedom of speech and dissent, the report said. Ortega and his wife and Vice President Rosario Murillo, have awarded themselves an unprecedented fourth term in office by “arbitrarily jailing” all potential electoral challengers, the report said.

The report also noted that Brazilian President Jair Bolsonaro — another staunch Trump ally — has engaged in specious attacks on journalists, Indigenous leaders and environmentalists, in a country where the Amazon rainforest is being degraded by big-business agriculture.

Secretary of State Antony J. Blinken, who presented the report, decried the “alarming recession” of human and civil rights in many parts of the world, including countries thought until recently to be on a democratic path.

“The information contained in these reports could not be more vital or urgent given ongoing human rights abuses and violations in many countries, continued democratic backsliding on several continents, and creeping authoritarianism that threatens both human rights and democracy,” Blinken said.