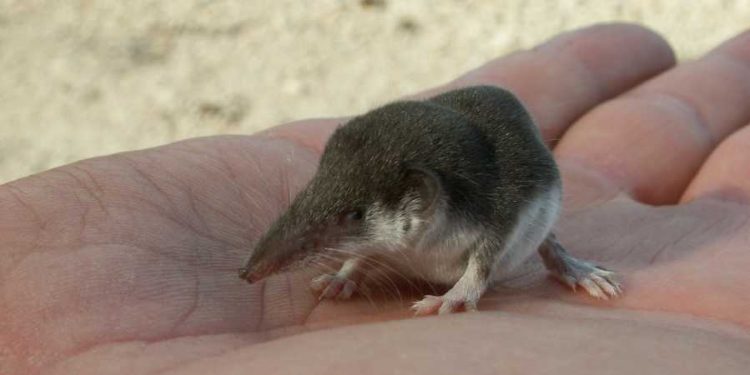 
“You can’t tell they are different species unless you do a genetic analysis.”

The study was published today (March 28, 2022) in the journal Proceedings of the National Academy of Sciences.

The team, led by Ohio State graduate student Danielle Parsons, used a supercomputer and machine-learning techniques to analyze millions of publicly available gene sequences from 4,310 mammal species, as well as data on where the animals live, their environment, life history and other relevant information.

This allowed them to build a predictive model to identify the taxa of mammals that are likely to contain hidden species.

“Based on our analysis, a conservative estimate would be that there are hundreds of species of mammals worldwide that have yet to be identified,” Carstens said.

That finding, in itself, would not be surprising to biologists, he said. Only an estimated 1 to 10% of Earth’s species have been formally described by researchers.

“What we did that was new was predict where these new species are most likely to be found,” Carstens said.

Results showed unidentified species are most likely to be found in the families of small-bodied animals, such as bats and rodents.

The researchers’ model also predicted hidden species would most likely be found in species that have wider geographic ranges with higher variability in temperature and precipitation.

Many of the hidden species are also likely to occur in tropical rain forests, which is not surprising because that’s where most mammal species occur.

But many unidentified species are also likely living here in the United States, Carstens said.  His lab has identified some of them.  For example, in 2018, Carstens and his then-graduate student Ariadna Morales published a paper showing that the little brown bat, found in much of North America, is actually five different species.

That study also showed a key reason why it is important to identify new species.  One of the newly delimited bats had a very narrow range where it lived, just around the Great Basin in Nevada – making its protection especially critical.

“That knowledge is important to people who are doing conservation work. We can’t protect a species if we don’t know that it exists.  As soon as we name something as a species, that matters in a lot of legal and other ways,” Carstens said.

Based on the results of this study, Carstens estimates that somewhere near 80% of mammal species worldwide have been identified.

“The shocking thing is that mammals are very well described compared to beetles or ants or other types of animals,” he said.

“We know a lot more about mammals than many other animals because they tend to be larger and are more closely related to humans, which makes them more interesting to us.”

The study was supported by the National Science Foundation and the Ohio Supercomputer Center.

Other co-authors were Tara Pelletier, assistant professor of biology at Radford University; and Jamin Wieringa and Drew Duckett, graduate students at Ohio State.