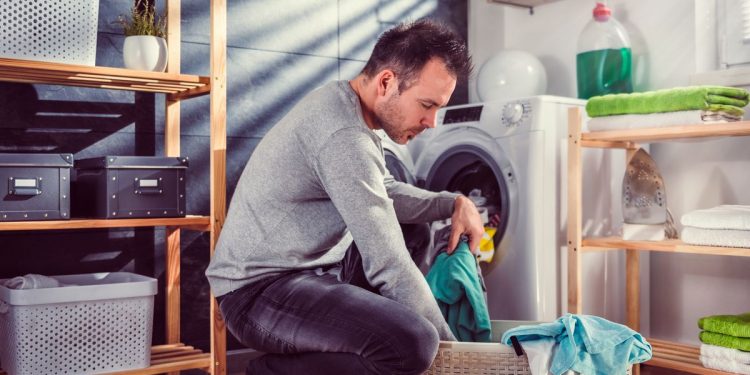 
No one likes having to do chores, but it’s something we all must deal with.

Of course after a week of celebrations, like Christmas, it can be difficult getting back into routine.

One man who decided to cure his hangover by doing a couple of chores caused quite a bit of an ordeal.

He revealed how his girlfriend had a “full on rant” at him for doing some washing on New Year’s Day.

In a Reddit post, he revealed how he planned a day indoors as he felt worse for wear after a night of boozing.

The anonymous man said: “I put some clothes washing on while the girlfriend was out visiting friends on New Year’s Day.”

He added: “I had a bit of a hangover so wasn’t going anywhere.

“I thought I’d would do something helpful like reduce the pile of dirty washing.

“So I washed it, dried it and put it away, only today she went to do some washing today and saw that I had done it.”

Then after his good deeds, his girlfriend told him off for completing the chore on the first day of the year.

He explained: “She went off on a full on rant about not washing on New Year’s Day as it’s unlucky or some c**p like that.

“I’m not at all superstitious so it’s all make believe rubbish to me and to be honest I’d never heard of it until today.”

He finished the post by asking: “So anyone else not do washing on New Year’s Day?”

Since he shared the post, it racked up over 3,200 upvotes and around 560 comments.

One user said: “Superstition brings bad luck,” while another added: “Only on the 13th of every month.”

A third joked: “Annoying if hungover,” as a fourth chimed in: “What the f*** since when is that a thing?”

Meanwhile another Reddit user offered a religious explanation to it.

They revealed how “you’re not supposed to wash your clothes or tidy up on Sundays and Holidays like Christmas, New Year’s Day”.