Husband refuses to cook or clean for sick pregnant wife 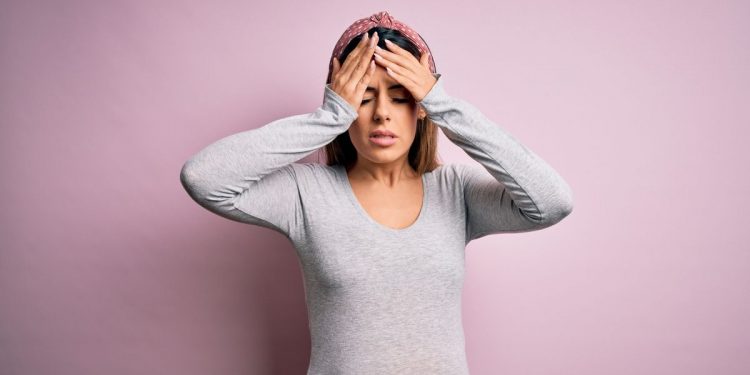 
A woman who was experiencing “bad sickness” during her pregnancy at 15 weeks gestation was left raging at her husband when he refused to help around the house.

Posting on Mumsnet, the parent – who was pregnant with her second child – explained that she had been suffering with terrible sickness.

It meant that she couldn’t be around food smells without wanting to vomit and therefore couldn’t cook for herself, her husband or their four-year-old.

The stay-at-home mum also struggled to clean the house during her difficult pregnancy.

But, her husband hadn’t given her any help, reports the Mirror.

In her post, she said: “I’m 15 weeks pregnant with my second child. I still have bad sickness that lasts all day.

“I can’t stand a lot of food smells, especially cooking smells and it can make me instantly need to run to the bathroom to be sick.”

She continued: “My diet is terrible. I weigh less now than before I was pregnant with my first child.

“I’m also exhausted (no doubt the bad diet isn’t helping) and a stay-at-home mum to my first child who is four and autistic and a handful.

“Before my pregnancy sickness, I did all the from-scratch cooking (fresh meat and vegetables) and cleaning.”

She continued: “My husband can’t cook anything other than frozen ready meals and the house is a tip at the moment.

“The living room gets covered with toys and books and gets worse until I tidy it up.

“Am I being unreasonable to think it’s not that hard to cook and make something like a bolognese, and my husband should be cooking some non-ready meal foods while I am pregnant?”

She claimed her partner, aged 36, didn’t know how to cook, clean, do DIY or drive and said when she was too ill to get out of bed the house was a pig sty.

And, he fed himself and her son on ready meals and pizza the entire week.

The mum noted: “I had to scrub the bathtub at eight and a half months pregnant. Once I asked him to clean the sink and he wiped it down with toilet paper.

“Yes I’m a stay-at-home mum but surely at his age, he should be able to do these things for occasions when I am unable due to bad pregnancy sickness or illness.”

Commenters said the man was “lazy”.

One person said: “He’s being lazy. In this day of the internet and YouTube, he can find step-by-step instructions with videos of how to cook something simple.

“There are lots of things you can eat that don’t require much cooking, especially as the weather warms up and hot food is less ‘necessary’.

“It might not be his favourite thing to do, cooking and cleaning, but he can do at least the essentials.”

While another added: “He’s a grownup, not a child. He should be cooking his fair share of family meals whether you are ill or not.

“If he doesn’t know how, he should roll his sleeves up and learn.”

What do you think? Tell us in the comments section…

GOP works to get out the vote after calling elections rigged