Hyundai Ioniq 5 N shows its colors in these spy photos 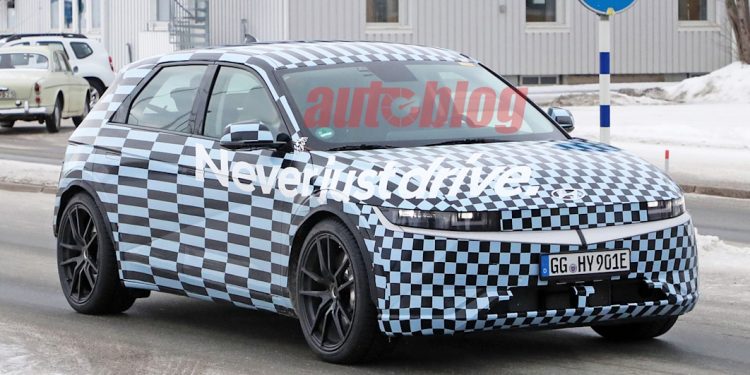 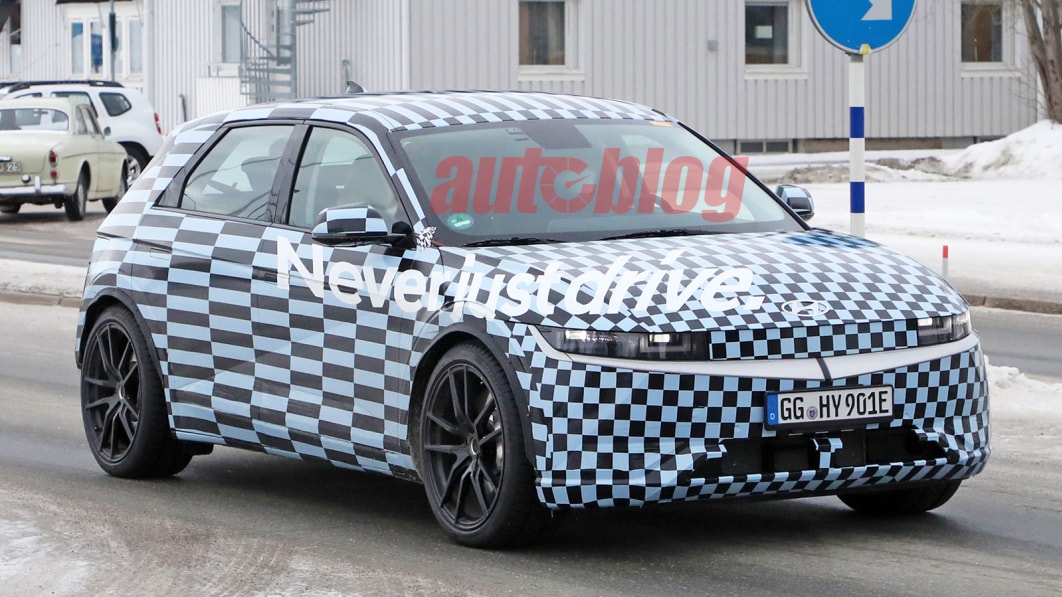 Last year, the recently retired head of Hyundai research and development, Albert Biermann, made it pretty clear that there would be an N version of the Ioniq 5 electric hatchback. That has been confirmed by the prototype you see above, which wears camouflage bearing the N subbrand’s “Never Just Drive” slogan and has checkered camouflage with N’s signature blue.

The camouflage is thin, but there isn’t much on this prototype to hide. The body is nearly the same as a regular Ioniq 5. The only changes seem to be enlarged lower intakes in the front bumper, and fender flare extensions to accommodate the N’s wider wheels and tires. We feel safe saying that the production Ioniq 5 N will be more exciting visually, likely with bigger spoilers, side skirts and probably a cool triangular brake light like on other N models. This is probably just a mechanical mule.

As for the mechanical bits, we’ve already noted that this prototype has more rubber, which should benefit handling, as well as better handle more power. The car also sits lower and has sizable front brakes. The front brakes also look like they may have multi-piston calipers. We assume the N is getting more power, too, as is the case with all N models, and the larger air intakes suggest that as well. There’s a good chance it will get the dual-motor powertrain from the Kia EV6 GT, which will make 577 horsepower and 546 pound-feet of torque. It will probably get that car’s limited-slip differential, too.

We expect we’ll see the Ioniq 5 N revealed in a year or so, with sales coming up to a year beyond that.