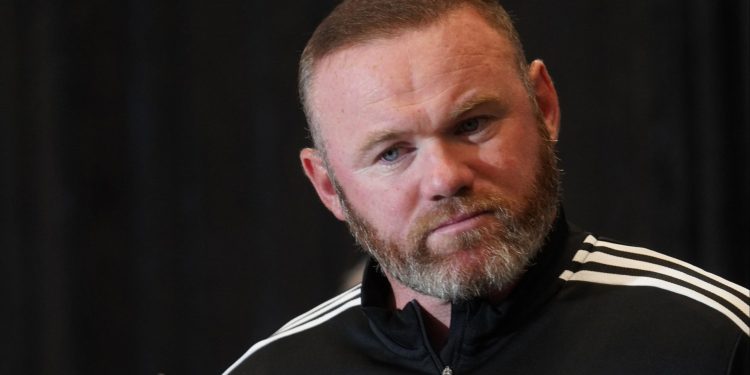 
WAYNE ROONEY reckons it is “disrespectful” to accuse him of making a backwards step by returning to MLS.

The former England captain, who quit as Derby boss at the end of last season, was last night unveiled as the new coach of Major League Soccer side DC United.

Rooney, 36, who spent 18 months at the Washington-based club as a player until January 2020, said: “I have seen a few articles that this is possibly a backwards step in my managerial career but I find that disrespectful to this league.

“I feel the experience gained at Derby County over the last 18 months has been great in my development as a manager and to come back to DC United is an exciting challenge.

“There were a few other clubs in Europe and England who got in touch.

“The plan after Derby was to take a break but once my agent called me and said DC had come in, I spoke to my wife first and she said this is an opportunity to go back as coach and I am ready to do that.

“Had my wife said ‘I don’t want you to go there, that would have been different. I am a different place as a human being as I was four years ago when I was here and I am ready.”

But Rooney admitted that wife Coleen and his children will not be joining him in the United States.

He said: “Of course any major decisions I make are with my wife. My family – for the time being – will stay in England and come over and visit.

“My eldest is in high school now and they will stay in England but it is not an issue from a family point of view.

“On trying to develop this club, we are all excited to bring my skills and there will be a lot of hard work.

“This will be different to Derby where there were administrators and no budget. I think I have about 20 debuts from the academy.

“Now, I want to manage at the highest level and this is one step to get there.  I am proud to be here as a manager. “

Rooney has landed the DC United job after the club interviewed other candidates due to new MLS rules.

Football bosses in the United States brought in new guidlines that all teams interview non-white candidates to improve diversity in top jobs.

DC have submitted required paperwork to the MLS claiming they interviewed three other coaches with two non-white candidates, one of them black.

MLS bosses are now speaking with all the candidates to ensure they were given proper interviews. Otherwise, DC could be handed a heavy fine.

‘It’s an investment in the future’: the creative company displaying growth through sustainability | Green to grow your business

‘It’s an investment in the future’: the creative company displaying growth through sustainability | Green to grow your business