I got trapped in Aldi — and no, I didn’t steal anything from the center aisles 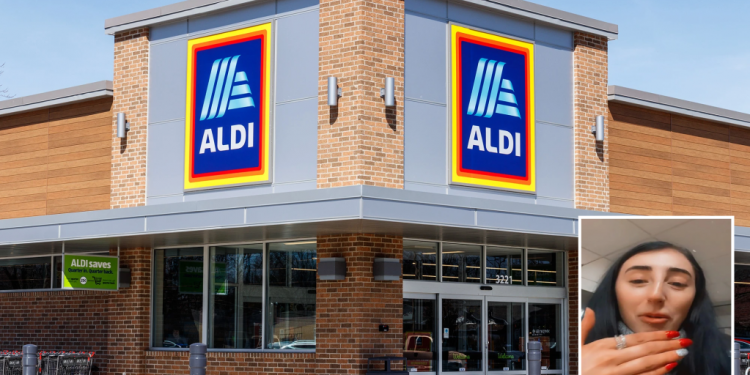 A woman revealed that she and her friend got locked in Aldi after the store closed — and it’s just as hilarious as it sounds.

Sarah said she popped into Aldi to get some milk and bread with her boyfriend’s brother, Luke, and the last thing she expected was to get locked in.

She shared a video of the pair locked in Aldi after closing, and commenters thought it was comical.

In the clip, she is clearly shocked and laughing about the experience.

“Aldi have shut and locked us in. Luke, we’re trapped in Aldi. Who do we ring?”

In a follow-up video, she described exactly how it all happened.

“We parked up in the carpark, absolutely looked fine, there were workers stood there, it looked like somebody was getting served, we get a basket and go in.

“Going down the aisles and stuff, obviously thinking it must be shutting, there was barely anyone in.

“And we get to the last aisle and we can just hear this beeping and it was driving us crazy but we didn’t really acknowledge it. We didn’t question it.”

The pair did not realize at first that the annoying beeping was the store’s alarm. The penny only dropped when they reached the tills.

“My boyfriend’s brother rings 111, I’m on FaceTime with with my friend. 111 said to just find a fire exit door.

“So, I’m crying like Gemma Collins, get that fire exit door, I’m out. We just shut the door behind us and got in the car like nothing happened.”

The store manager called Luke the next day to apologize and gave him some flowers and cans of Fosters.

The video racked up over 1 million views and commenters suggested that Sarah should make the most of the experience and help herself to some of Aldi’s best products.

“Mate I’d be so drunk and so full of food”, joked one commenter.

Another said: “Middle aisle, there’ll be a bed and blankets and probably a hot tub too — have fun!”