‘I love a relatable pop star’: Fans react to Rihanna shopping for baby clothes at Target 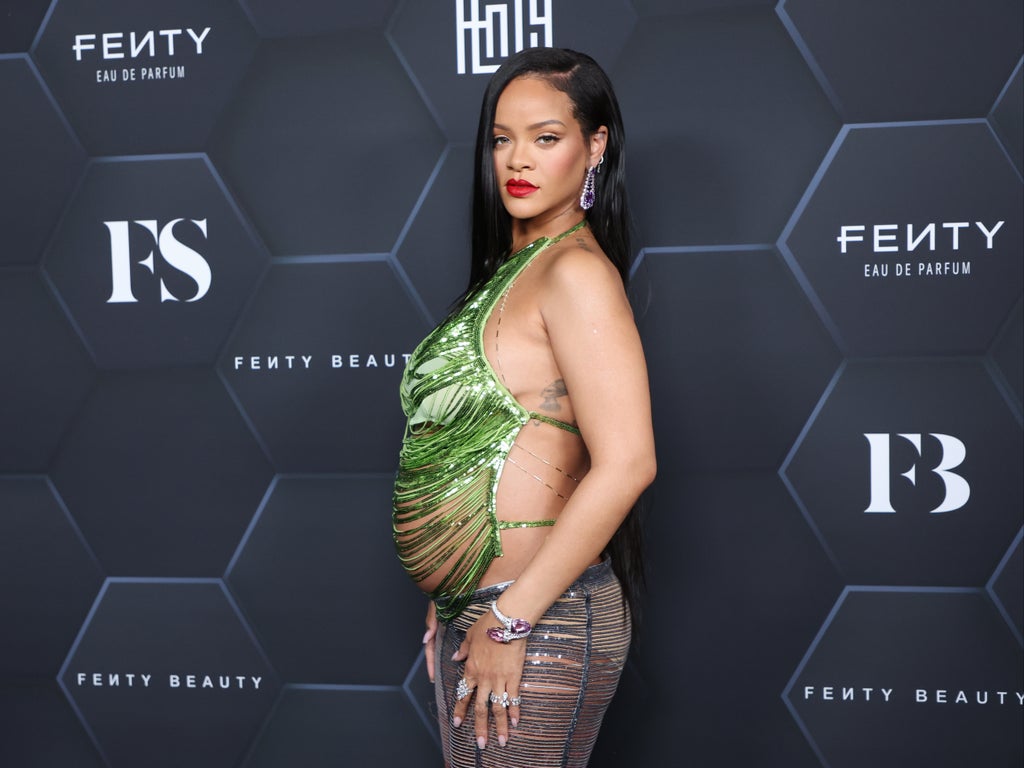 Rihanna has been preparing for impending motherhood and was spotted shopping for baby clothes in Target earlier this week.

The Fenty founder is ensuring her first child with A$AP Rocky has a varied wardrobe, as she was also seen picking up clothes at Baby Dior in Paris in early March.

During her trip to Target, a popular US department store chain, Rihanna picked out onesies, socks and a bright red dress that sent rumours flying that she is expecting a girl.

Fans gave mixed reactions to the pop star’s presence in Target, although many hailed it as a “relatable” moment as Rihanna enters her third trimester.

One fan shared a photograph of their own child wearing the same dress Rihanna was photographed putting into her basket in the store, and wrote: “This is Allie at three months in the dress Rihanna picked up from Target. I love a relatable pop star lol.”

Some people wondered why she won’t be dressing her baby completely in designer garments, but others pointed out that babies quickly outgrow their clothes, rendering them unwearable after just a few months.

One tweet in particular quickly gained criticism after the Twitter user wrote: “Not Rihanna in a head-to-toe designer fit buying baby clothes from Target.”

In reply, another user said: “Lemme [sic] tell you something about babies, ALL they do is s*** and vomit… that baby just needs clothes not name brands.”

A second person wrote: “Why is anyone surprised that Rihanna would buy baby clothes at Target? It’s dumb as hell to buy designer clothes for babies since they grow out of it in three seconds.”

Some fans were more amused at the thought of running into the Umbrella singer in the department store on a regular day.

“Imagine just casually seeing Rihanna on your Target run,” wrote one person, while another said: “Imagine you’re just in Target sipping an iced coffee, you turn a corner and Rihanna is just loading her cart with two for US$15 carter?? My head would crack open immediately.”

On Thursday, Rihanna spoke about the type of mother she thinks she will be and said she resonates most with a particular cast member of The Real Housewives of Orange County.

She revealed to She that she could see herself being like Teresa Giudice from New Jersey, noting: “But Teresa from Jersey does not play about her kids.

“She will flatten you about those kids. And that resonates with me a lot because I feel like that’s the type of mom I’m going to be. Psycho about it.”

Surgeon general: No need to panic over latest Covid spike in Europe

Surgeon general: No need to panic over latest Covid spike in Europe