I love Loop Hero, but it doesn’t respect my time at all 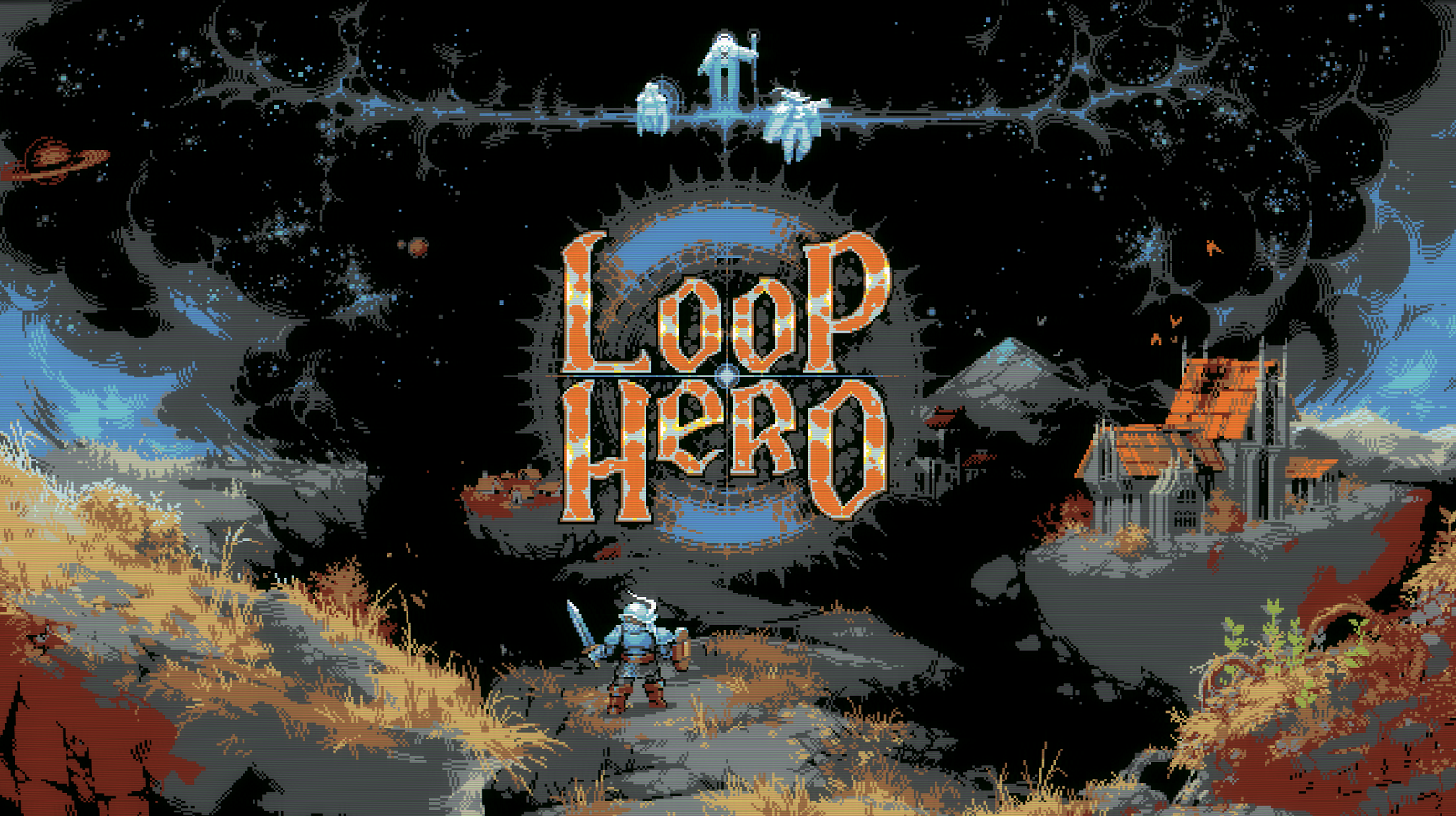 Loop Hero is an indie game with a great ‘8-bit grime’ art aesthetic with a neat concept: instead of directly controlling your aforementioned hero, you send them on a ‘loop’ to auto-fight enemies, only pausing to swap equipment or add environmental tiles to complicate the circuit.

Because Loop Hero is a rogue-like game, these environmental tiles are randomly distributed to you – you can’t plan out exactly what will happen, and each time you start a new loop the map will end up looking very different. That plays into the game’s premise, too: the amnesiac protagonist wakes up in an empty world and starts piecing together what happened – quite literally – one map tile at a time.

That interplay between gameplay and narrative makes Loop Hero compelling from the jump, and after your initial ‘death’ ends your first run, you wake up at a campfire – your home between runs, a slowly-expanding frontier settlement amid the cosmic nothingness to retreat to after venturing out for answers. Cherish this initial hour as the game drip-feeds you intriguing scraps about what happened to the world, and how remnants of its past affect its future.

This is where things head South. Around hour three or four, all that captivating fun grinds to a halt. The game bottlenecks progress through construction of a few buildings that require an arbitrarily high amount of resources to build. If you’re an MMO veteran, you know what’s coming: it’s grind time, baby. For hours and hours.

This transition is so abrupt I felt tonal whiplash as the story-rich gameplay withered into an unchanging gameplay loop of sending my hero on another run and zoning out until things got dangerous for the fourth or fifth circuit. You can exit a run when you reach the campfire tile and keep all the resources you’ve found, or cautiously bail mid-loop for 60% of your take. Die in combat enough, which reduces your take-home to 30% of all you’ve gathered, and you’ll probably start ducking out of loops early to cut your potential losses.

Sure, you’ll be able to unlock a handful of new environment tiles and even another class or two after five or six hours, but the novelty of the interactions withers away into sameness as you grind for a mismatch of different resources.

To a degree, this is all baked into Loop Hero’s design: without much direction, players must experiment to progress in the game. Combine tiles in new ways and maybe they’ll produce something unique – a novel environment or monster that adds another small piece to the puzzle of what’s happened to this world. In a game designed to start as a void of information, discovering new ways to play fills out the narrative and defines your direction.

It’s just too bad that the pace slows to an absolute crawl after the first few hours.

Loop Hero isn’t the first game to drip-feed players story and mechanics as they play, but the balance feels quickly weighted toward discovery via attrition: even when I excitedly find new tile interactions, it just results in a new enemy to fight, not a way to sidestep the hundreds of resources I’ll have to grind out to construct a new building in my frontier village.

And no, that’s not an exaggeration – you’ll need hundreds of resource bits to get anywhere. Unfortunately each enemy only drops 1-2 fragments of a certain resource, and 10-20 fragments combine into a full resource unit. That means even basic structures might take several runs of resources to assemble: an early-game building like a farm, for instance, needs 5 wood, 5 stone, 3 metal, and 2 metamorphosis orbs.

If it takes 13 fragments of scrap to form one unit of metal, think of how long it takes to gather 18 whole units of metal as some later buildings require – and that’s for basic resources that drop from common enemies. Other, more esoteric resources require much more convoluted circumstances to drop.

Sadly, players will likewise get bogged down in the minutiae of the resource grind rather than get the opportunity to explore the exciting implications of all that drip-fed lore. One of the first things you discover is that there are vampires in the game! And they’re implied to have formed integral (if parasitic) parts of human society before this reality-erasing calamity! Every new creature you speak to and human added to your frontier town and even item you pick up contributes to a fascinating tableau of worldly fragments trying to reassemble normalcy. (Relatable, right?)

And yet, those intriguing possibilities dwindle in the rearview mirror and the resource grind becomes the game, which starts feeling noxiously like the games that usually gatekeep progress behind excessive resource accumulation: pay-to-win mobile games. Except in Loop Hero, what you’re paying is time, and endurance, and the vanishing hope that this new world still has more to offer than just pummeling away at the same tasks to spend your hard-earned gains on an inch of progress.

Madonna, 62, squeezes into barely-there bra and stockings as she poses for sexy Instagram selfies