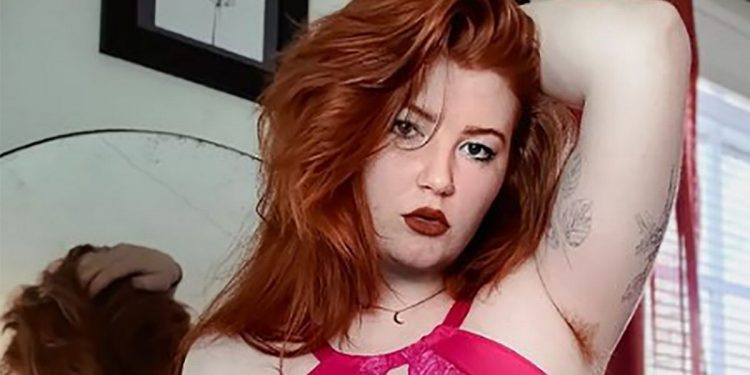 
An OnlyFans model who calls herself a ‘goddess’ has claimed that men are intimidated by her.

She quickly made her OnlyFans gig into a full time job, which has enabled her to earn an income while still keeping her health in mind.

But, the curvy beauty is doing things differently to most nude models.

So, it is not a surprise that men are intimidated by her.

Although some women can be negative towards her, men are apparently the bigger culprits.

In an exclusive chat with the Daily Star, Depresscious said: “Far more cisgender men outwardly indicate they’re intimidated by me.

“The truth is I don’t exactly pay attention. Typically the reason women that don’t know each other feel threatened by one another is due to deep seeded internalised misogyny.

“Most cisgender women grow up with patriarchal social programming. We are socialised to view other women as competition for male attention, comparison as a means of self worth, and so many other similar concepts with one common theme: validation/self worth via male approval.”

Not wanting to feed into the negative societal ideals that some women perpetuate, Depressicous prides herself on being an ‘ethical’ creator.

“Examples [of this are]: Dressing an actress/actor or model of legal age as a minor or in another age inappropriate way. Using themes and titles such as ‘barely legal’ or ‘jailbait’.”

Despite many people thinking that posing nude can be degrading, Depresscious loves being nude.

So much so, she has likened herself to a chef’s feeling of joy when people pay to eat their food.

She added: “[It’s] the same way a chef feels when people pay to eat at their restaurant. I provide a quality product by using my hard earned skills.

“Nudity is irrelevant unless you devalue people based on moral/religious beliefs. Other people’s personal beliefs aren’t a reflection of my own.”