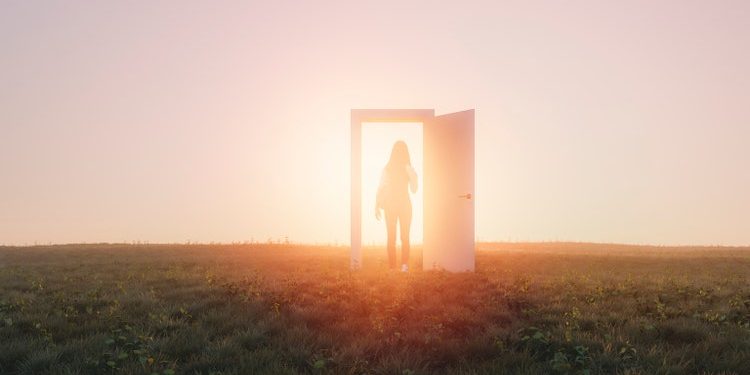 
Selling a long-term position, along with admitting to yourself that you were wrong, is a difficult but necessary process for every investor at some point. Friday was that day for me regarding AT&T.

I was wrong on AT&T (NYSE:T), and in this article, I would like to go over a trade I made this Friday in selling my position in AT&T and purchasing Unilever (the) and STORE Capital (BIG) with the proceeds.

AT&T has had a rather exciting last few months with the big reveal of what the post-merger/spin-off company will look like. Just this last Friday, after the market closed, AT&T closed the merger to create and spin off Warner Bros. Discovery (DISCK) (DISCB) (WBD) in a Reverse Morris Trust transaction.

AT&T stockholders will now own 71% of the media company at a rate of .241917 shares of Warner Bros. Discovery for every 1 share of AT&T held. The new AT&T, as part of this transaction, will receive $43 billion in cash and debt consideration.

Post-spin-off, the new AT&T will certainly be a more focused and financially healthy organization. The vast majority of the proceeds due the company will be used primarily for debt reduction, potentially bringing the large debt balance down to a still large, but more manageable $165 billion.

The company also has used this transaction as justification to reset the dividend to a more sustainable level going forward, with a target payout ratio of 40% of post-merger projected FCF or $1.11 per share.

This payout ratio, at the current price of the combined company of $24.14, equates to a forward yield of 4.60%. It is estimated that shareholders will receive approximately $6 per share worth of Warner Bros. Discovery shares and that the post-spin AT&T will likely trade at around $18 as of Friday’s close.

I have held AT&T for what feels like forever, but in reality, it has only been about three-and-a-half years. My original thesis was quite simple, AT&T is substantially undervalued and paid a very generous and covered dividend. In my portfolio, AT&T has held the place of nearly a bond substitute.

I have followed the company closely over the years and continue to feel that management under Mr. Stankey is doing the right things to recover from prior costly mistakes. My reason for selling this position comes down to one key point, I believe that I can do better elsewhere.

The post-spin AT&T certainly will have a better financial profile thanks to the debt reduction and the reset dividend, however, the parts that I would be receiving after the merger leave much to be desired.

AT&T, long term, is going to struggle mightily to grow EPS at a rate above 3% going forward in my opinion. The real growth to be had would be likely to come by way of multiple expansion.

This multiple certainly is cheap, as is nearly every metric at the company, however, for the multiple to expand going forward, a catalyst must emerge that allows for long-suffering investors to believe again. Sustained growth, along with sincere debt reduction efforts, is likely to be needed over a period of years before AT&T is assigned a similar multiple given to peer Verizon (VZ).

This may not be entirely fair given that it would appear AT&T post-merger may actually be in a better overall position than Verizon both financially and based off of recent telephony results, however, this appears to be the case.

In addition to AT&T’s lack of growth going forward, Warner Bros. Discovery simply does not fit into the same spot in my portfolio the way that AT&T did. I truly believe that Warner Bros. Discovery will be a successful company, however, the amount of debt it carries is certainly a significant anchor tied to it out of the starting blocks. I must admit to struggling how to properly value Warner Bros. Discovery’s future prospects without more information.

Warner will pay no dividends for the foreseeable future, meaning that the income generated from the entire position in Friday’s AT&T will be a 4.6% yield unless I dumped the Warner shares and bought back into AT&T, which I imagine quite a few investors will in fact do. Being caught in the riptide of that trade frankly does not sound too appealing.

I set out to find an alternative investment for these funds that look to generate higher income, protect my principal, and allow for greater capital appreciation going forward. I believe I have done just that by choosing to sell AT&T and invest the proceeds evenly into Unilever and STORE Capital.

Why Unilever and STORE Capital?

When looking at my options, I will assume the base case that my investment in AT&T, if I had done nothing at all, would yield a total of 4.60%. In addition, capital appreciation would likely be driven by multiple expansion. AT&T is expected to trade at a 2022 PE ratio of 7.37 post-merger on EPS midpoint guidance of $2.44.

Verizon, AT&T’s closest peer, is currently trading at a 9.84 forward PE ratio or roughly 25% higher than AT&T. My bullish thesis was always that AT&T should trade much closer to Verizon’s valuation, so in my AT&T position, I was expecting a 4.60% yield, potential capital appreciation of 25%, and EPS growth going forward of roughly 3%.

The targets that I am looking to beat are as follows: greater than 4.60% yield, higher than 25% potential appreciation through multiple expansion, and greater than 3% EPS growth long-term, all while staying in conservative sectors to help preserve my capital.

Both Unilever and STORE Capital operate in the historically conservative sectors of consumer staples and real estate, checking the boxes for preservation of capital right off the bat.

Unilever, a consumer staples powerhouse now based in London, has recently been hammered by the war in Ukraine along with commodity inflation sweeping the globe. The company’s shares have been hurt much more of late than staple peers Colgate (CL) and Procter & Gamble (PG).

This recent underperformance simply adds to the glaring valuation difference between the 3 peers as Unilever currently trades at a 16.37 forward PE ratio, nearly a 36% discount compared to 24.52 at Colgate and 27.25 at Procter & Gamble.

Unilever seems to be currently mired in a sentiment slump of its own given the European roots and the Ukraine war, however, the company has an impressive list of billion-dollar global brands and a sustainable moat given the vast distribution and manufacturing reach of the company.

Long-term EPS growth rates at the company are estimated to average 6% going forward, and in addition, the company pays a well-covered 4.37% dividend yield along with a stable A+/A1 credit rating with S&P and Moody’s.

Recently, shares also have been hit rather hard, mainly from the departure of Christopher Volk, a co-founder of the company and the recent executive chairman. The news and reasons behind his termination have been widely speculated about, however, I believe the simplest explanation may indeed be the best, the company may have seen no reason to keep him and his large compensation package around any further in the non-day-to-day chairman role.

Like Unilever, 2022 so far has not been kind to STORE Capital in relation to its peers. In STORE’s case, triple net lease peers Realty Income (O) and Agree Realty (ADC) have fared much better year to date.

This underperformance is likewise reflected in the valuation levels assigned by the market. STORE Capital is currently trading at a forward FFO multiple of only 14.62, where Realty Income trades at 18.89 and Agree Realty at 18.06. STORE Capital currently is trading at nearly a 21% discount to peers.

I view this discount to be unjustified. The company has been operating at a very high level and looks set to grow FFO going forward long term by at least 5.5%, all while providing a covered 5.19% and growing dividend yield. In addition, the company holds a positive outlook at S&P with a BBB rating and a stable BBB rating at Fitch.

Mary Fedewa, STORE’s CEO, is also a co-founder of the company and is a very talented executive with many years of experience. In Q4’s earnings call, she indicated no change in strategy or in the direction that she and Mr. Volk have crafted together over the years along with strong results and guidance going forward. The company by all accounts is in very good hands with Mrs. Fedewa.

In blending the key metrics discussed above, I have created a table showing how a combined UL and STOR position beats my previous AT&T position on total forward yield, potential capital appreciation through multiple expansion to peers, and long-term EPS/FFO growth going forward.

Using strictly static valuation multiples today, I would expect the combined UL/STOR position to return 10.53% per year based on EPS growth and dividend yield. Legacy AT&T, even if you sold WBD and reinvested back into AT&T, would only give you 9.10% (6.10% yield and 3% EPS growth).

I am truly sad to see my AT&T position go, I do sincerely believe that the company can be a profitable investment going forward, however, any realistic growth in the markets in which AT&T competes is going to be very hard to come by in the future and it is clear that better alternatives exist.

I believe that a combination of UL and STORE Capital going forward is likely to provide more long-term growth and income than the current offering by AT&T. In addition, I get the lovely benefit of a capital loss on my taxes which provides roughly a 4% further incentive on this trade.

Sometimes an investment simply does not work out, and instead of raging against the injustice of it, you have to cut bait and find a better alternative. I believe that I have done so with this trade.

Although I give a caveat that given my luck recently, you may be seeing new highs in AT&T soon.

I look forward to your comments below. Thank you for reading and good luck to all!