I think he will: Zelenskiy hopeful President Biden will visit Ukraine – The Guardian 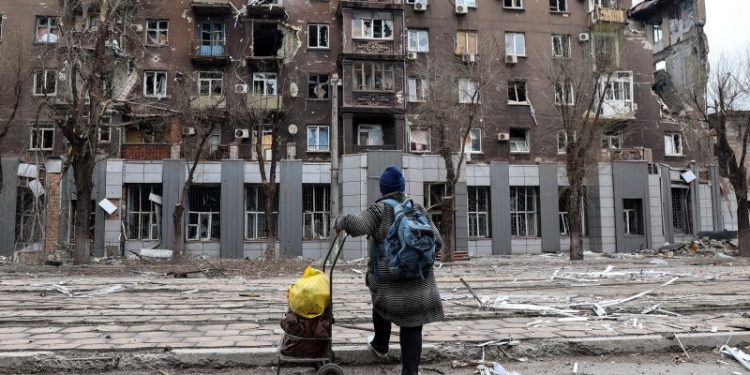 Ukrainian president Volodymyr Zelenskiy has urged US president Joe Biden to visit Ukraine and reiterated that he is not willing to cede territory in the country’s east to end war with Russia, during an extended interview with CNN broadcast on Sunday.

“I think he will,” Zelenskiy said in English when asked if he was aware of any plans for a US presidential visit. “But it’s his decision, of course, and [it] depends on the safety situation, of course. But I think he’s the leader of the United States and that’s why he should come here to see.”

Biden told reporters on Thursday that the US would decide soon whether to send a senior official to Ukraine as a show of support, but sources suggested to Reuters the administration was considering defense secretary Lloyd Austin or Secretary of State Antony Blinken. The Zelenskiy comments came after Prime Minister Boris Johnson made a surprise visit to Kyiv last weekend.

On Friday, White House press secretary Jen Psaki, said in an interview that Biden had no visit scheduled.

Zelenskiy, who spoke to the news channel on Friday in an interview broadcast on Sunday, cast his attention to the looming Russian offensive in the Donbas region in the country’s east, which is likely to become a brutal and decisive phase of the war following Russia’s retreat from areas around Kyiv in the north.

Zelenskiy said Ukraine will not to give up territory in the east of the country to end the war with Russia. “This is why it is very important for us to not allow them, to stand our ground, because this battle … it can influence the course of the whole war,” Zelensky said. There are around 40,000 Ukrainian troops in the Donbas region and he acknowledged the likelihood of multiple battles spanning an unknown period of time.

“I don’t trust the Russian military and Russian leadership… the fact that we fought them off and they left and they were running away from Kyiv, from the north, from Chernihiv … it doesn’t mean that if they are able to capture Donbas, they won’t come further towards Kyiv,” Zelenskiy said.

Zelenskiy welcomed the $800m in additional military aide approved by the White House last week, but urged the US and its allies for more weaponry and speedier delivery.

“Of course, we need more. But I am happy that he is helping us now,” Zelenskiy told CNN. “I feel that right now we are having a cleaner dialogue. It’s been a dialogue that’s had some twists and turns. And not just talk. It’s been very, very difficult because there aren’t many countries that have really helped us.”

“Not only me, all of the world, all of the countries have to be worried… because it [use of nuclear weapons] can be not real information, but it can be truth.”

“Chemical weapons… they could do it, for them the life of the people, nothing. That’s why,” Zelenskiy said. “We should think not be afraid, not be afraid but be ready. But that is not a question for Ukraine, not only for Ukraine but for all the world, I think.”

Zelenskiy estimated the number of Ukrainian military fatalities at between 2,500 to 3,000 adding around 10,000 more have been injured so far “and it’s hard to say how many will survive.”

He claimed Russia had lost up to 20,000 troops, which has not been confirmed.