I was reunited with mom after being stolen at birth 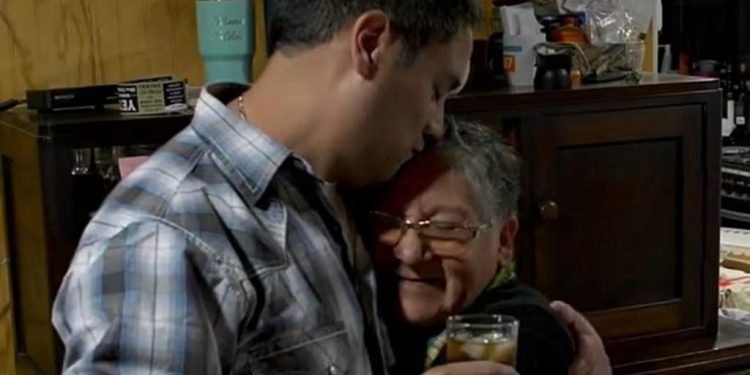 
A 38-year-old man in Texas has been reunited with his birth mother after learning he was stolen at birth and placed for adoption.

Tyler Graf was raised in Minnesota “by a very loving, caring family,” who adopted the Chilean boy as a baby. Records claimed that Graf was born to 26-year-old Hilda del Carmen Quezada, who reportedly gave him up due to financial instability.

However, when Quezada, now 65, gave birth to her son — whom she planned to name Sergio — in Temuco, Chile, in 1983, she awoke from anesthesia and was told that her son had died. She was not even allowed to see the corpse.

It turned out he was taken as part of a complex international trafficking network that was organized throughout the world and included a network of medical professionals, the Chilean government and the Catholic Church, ABC News’ “Good Morning America” reported.

It is estimated that nearly 8,000 to 12,000 children were illegally or forcibly adopted in Chile in the 1970s and ’80s during Augusto Pinochet’s reign, Graf’s attorney, Anthony Clarkson, told Click2Houston.

Graf always knew he was adopted — and struggled with resentment toward his birth mother.

“I never thought that any excuse would be good enough,” he told the New York Times. “I carried that animosity, that chip on my shoulder, my whole life.”

Despite his hostility, Graf lived an otherwise happy life in America, unaware that he was trafficked for adoption, and he became a firefighter in Houston, where he lived with his wife and infant son.

However, when a Chilean firefighter came to Houston for a work foreign exchange training years ago, he told Graf that his mother, Marisol Rodríguez, ran a Chilean nonprofit, Hijos y Madres del Silencio, that works to reconnect families separated by illegal and forced adoptions in the country.

Last year, Graf finally learned his full story — as did his birth mother.

She remembered how she never forgot the heartbreaking loss and mourned her son on his birthday every year — until she received a call from Hijos y Madres del Silencio in May 2021.

“I couldn’t digest the information,” she told the Times. “I couldn’t grasp what was happening. Every muscle in my body tightened up and squeezed the tears in my eyes. I felt like I had been hit by a bat and was seeing stars.”

“I wanted to scream. I questioned a lot of things. The thought of if he was loved, if he ate well, if he spent time cold,” she told “Good Morning America.”

Their connection was confirmed soon after via the results of a DNA test.

“I can’t imagine what my birth mother went through when she lost me and grieved my death,” Graf told Click2Houston. But he has been excited to get to know his birth mother — as well as three sisters he didn’t know about — as he maintains his relationship with his adoptive family, who had no idea of the nefarious details of his adoption.

The newly completed family quickly began getting to know each other over Zoom before Quezada boarded a flight — her first ever — to meet her son and hold him in her arms last year.

“It was the closest hug,” Graf recounted. “They just left us alone in each other’s arms and we hugged and she kissed me and we just stood there crying.”

Graf has since flown to Chile for the first time to meet with his mother and sisters in his birthplace.

However, he is faced with a difficult situation.

“Now, I’m in between families. I do not want to hurt my adoptive parents’ feelings or my birth mother’s feelings, so it is kind of a fine balance right now,” he explained. “I’m trying to figure where I fit in the middle of all this.”

However, Graf has also since founded his own nonprofit, Connecting Roots, which spreads awareness of the horrific trafficking scheme and provides free DNA tests to help families accelerate their own reunions, noting that many of the mothers impacted by these crimes are entering their elder years.

How Finding Her Voice Inspired a Community of Self-Healers

How Finding Her Voice Inspired a Community of Self-Healers