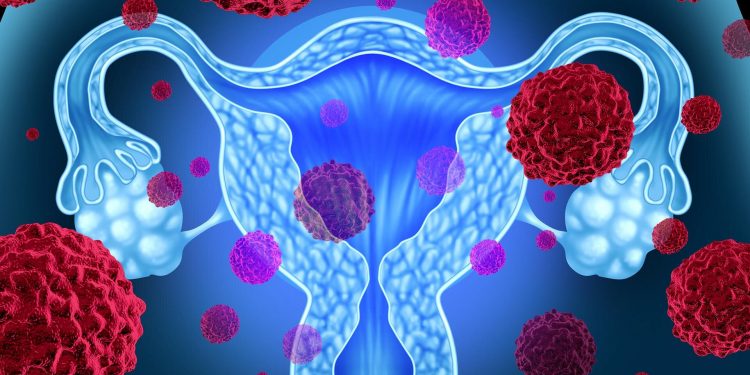 
No single gene causes uterine cancer, the fourth most common cancer among women, which is on the rise in the U.S.

The American Cancer Society estimates that nearly 66,000 women in the U.S. receive uterine cancer diagnoses this year. More than 12,500 women will die from the disease in 2022.

These systems allow for a more comprehensive look into the biological networks and pathways affected in uterine cancer than single-gene analyses done in previous studies.

“We’re looking for patterns. In this study, we were able to distinguish genes that had different relationships in uterine cancer than they did in normal uterine tissue,” said Hickman, who earned her Ph.D. in genetics from Clemson in December. “The ultimate goal is to gain a better understanding of what’s happening biologically at the cellular level in these cancers so it can lead to better treatment in the future.”

No one gene determines whether a person will develop cancer. Rather, it’s a complex system of genes.

“If you know what’s broken, you can fix it,” said Feltus, a professor in the College of Science’s Department of Genetics and Biochemistry. “We have the power now, for the first time in the history of science, to look at the entire system and find the pieces that are broken and then to begin to fix them.”

Feltus used a spider web as an analogy. If you want to get rid of the web, you can clip one strand of the spider web, but it’s not likely to go away. But if you hit enough points on the spider web, the web will collapse.

The work of Hickman and other researchers in the field is important because scientists can see if therapeutics approved for other types of cancer target the same “broken genes.”

“Ultimately, and this is the true holy grail, if we know there are x number of broken genes in a patient’s uterine cancer, we can adjust those genes with small doses of drugs that target all of those broken genes at the same time as opposed to with one giant nuclear bomb of poison like a lot of cancer drugs we have right now,” Feltus said.

“One hundred years from now, there will be drugs that interact with most of the genes, so you’ll be able to design cocktails based on the genetic profile of the tumor,” he said.

Hickman said that approach allowed for analysis of genes involved in more than one biological process and therefore have multiple expression patterns.

An article published in G3-Genes Genomes Genetics titled “Identification of Condition-Specific Biomarker Systems in Uterine Cancer” describes Hickman’s research. Other authors of the paper are Yuqing Hang and Rini Pauly.