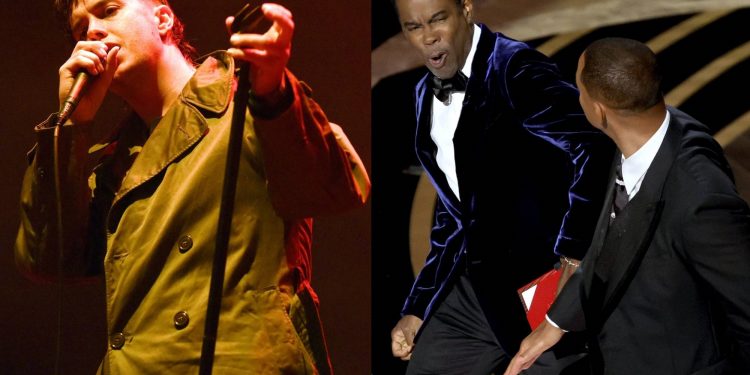 
The Strokes frontman Julian Casablancas has waded into the row over Will Smith slapping Chris Rock at the Oscars after he made a joke about Jada Pinkett Smith.

Many celebrities have come out to condemn Smith for his actions after he struck the comedian on-stage for saying that he couldn’t wait to see Pinkett Smith in “G.I. Jane 2”, alluding to her shaven head. The actor has been vocal about suffering from the autoimmune disease alopecia, sharing the effects of the condition with her followers on social media.

Others, including Fresh Prince of Bel-Air star Janet Hubert, have even defended Smith. “Will stood up for his wife, Chris Rock is always disrespecting Black women. Mean spirited hides behind comedy. BULL,” she said.

But Casablancas has now taken to Instagram to complain that “no-one stood up for Chris Rock” after the slap.

The singer, posting on Instagram yesterday (March 28), criticised Will Smith’s acting, and pointed out the actor once trained to play Muhammad Ali in the 2001 biopic Ali so his actions were “just an act of bullying”.

“Congratulation to Will Smith for bringing a MILLION times more attention to his wife’s embarrassing thing that no one woulda known about otherwise,” he added.

The Strokes, meanwhile, recently headlined Lollapalooza in Argentina, marking their first performance of 2022.

They are set to perform a headline show in Mexico on May 19, with Mac DeMarco and The War On Drugs as support. The band have also been added to the line-up for this year’s Roskilde festival, alongside Post Malone, Megan Thee Stallion and The Smile.