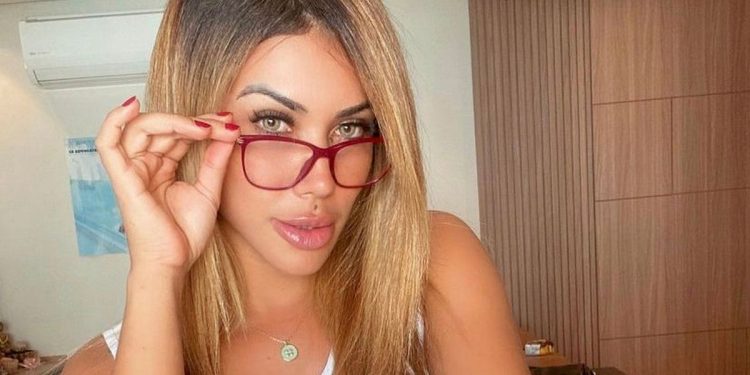 
A Playboy and OnlyFans model has claimed she wears fake glasses to ‘look less beautiful’ so that men aren’t so intimated by her.

Despite having more than 199,000 Instagram fans who regularly leave gushing comments about her looks, Cris Galêra says that her beauty doesn’t always attract guys.

In fact, she even went as far as to say it often works against her, as men often think she’s ‘too hot’ to approach.

The stunner, from Brazil, complained: “Men turn away from me because they think I’m too hot, like they don’t have a chance.

“But without at least one conversation it is really difficult.”

Cris, who is about to be a Playboy cover star in Australia, said she wants to turn things around and find a man this year though.

And she said she has a trick to help her do it – wearing glasses.

Explaining her thinking, the 33-year-old model said: “I look smarter so they don’t just look good or boobs or butt.

“I will have more chances with the fake glasses.”

Cris has already taken pictures with her glasses on social media and explained their use.

However, her comments haven’t gone down with some people.

Keyboard warriors slammed the model for associating glasses with a lower standard of beauty.

“There are a lot of people with low self-esteem when they wear prescription glasses, but it shouldn’t be like that,” she said.

“I get a lot of messages criticising me for this, when I actually want to encourage other women to love themselves by wearing glasses.”

Cris is no stranger to controversy, though.

She also sparked backlash in December last year after she was criticised for ‘sexualising nurses’ due to a lingerie shoot she took part in during the pandemic.

The photos saw the model showing of her curves in a very skimpy nurse costume.

And many thought it showed a lack of appreciation for healthcare staff who have been working exhaustively to control the pandemic over the past two years.